Stevie Wonder blasted climate change deniers during the ‘Hand in Hand: A Benefit for Hurricane Harvey Relief’ on Tuesday, calling people who do not believe in global warming blind or unintelligent.

The singer, 67, spoke about loving the planet before singing ‘Lean On Me’ at the charity telethon. President Donald Trump pulled the US out of the Paris climate accord in August.

Wonder said: ‘We’ve come here together today to love on the people who have been devastated by the hurricanes.

Before singing ‘Lean On Me’, Stevie Wonder spoke about loving people regardless of their race, ethnicity or sexual preference 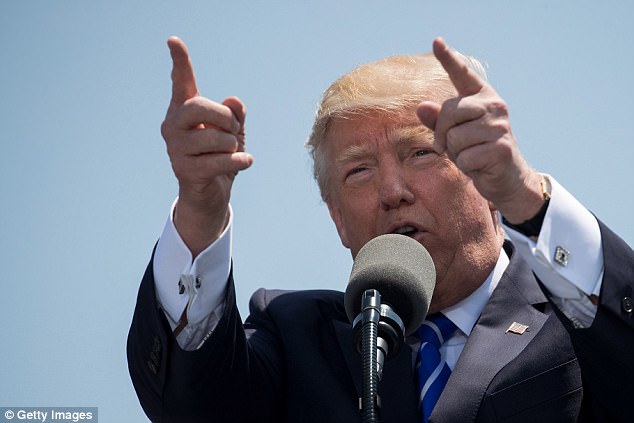 President Donald Trump pulled the US out of the Paris climate accord in August. Stevie Wonder said people who do not believe in climate change are ‘blind or unintelligent’

‘When love goes into action it preferences no color of skin, no ethnicity, no religious belief, no sexual preferences and no political persuasion.

‘It just loves…as we should begin to love and value our planet.

‘Anyone who believes that there’s no such thing as global warming must be blind or unintelligent.’

Wonder has previously stated he disproves of the president. In November before the election, he told Philly.com asking him to vote for Trump was like asking him to drive.

He said: ‘If you had an emergency situation and needed to go to the hospital, and you had to get there right away, would you want me driving your car? 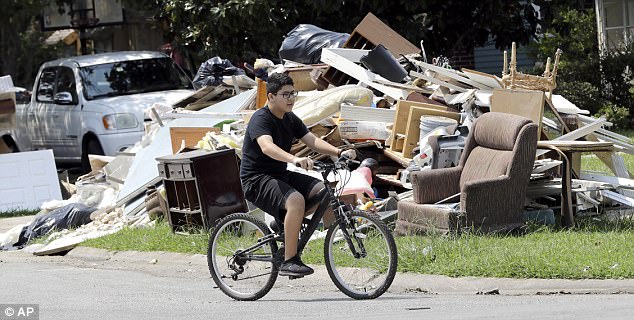 Multiple scientists have claimed that rising global temperatures are impacting the severity of hurricanes and tropical storms.

Hurricanes pick up warm water more rapidly which increases its strength. The benefit aided Hurricane Harvey victims with funds going to charities such as United Way of Greater Houston, Save the Children, Habitat for Humanity, Direct Relief, Feeding Texas and The Mayor’s Fund for Hurricane Harvey Relief.

At a press briefing, Press Secretary Sarah Huckabee Sanders dismissed a climate change question, noting that Trump had addressed the issue previously of whether he thought it was man-made.

In the past Trump has suggested climate change was a hoax created by the Chinese to choke American industry.

She was asked if Trump is rethinking his decision to pull out of the Paris agreement.

She responded: ‘I’m not sure, specifically, on the Paris climate deal, but as he said at the time the goal is to always do the very best when taking care of the environment and taking proper steps,’ Huckabee Sanders replied.