Stockholm for under £100 a night! How to see the Swedish capital on a budget

Sweden’s capital isn’t cheap, so sticking to a budget is a challenge. But don’t be put off.

Built over 14 small islands linked by bridges, Stockholm is like a cross between Venice and St Petersburg, with added Scandi cool. The people can be deadpan, but they’re impeccably mannered.

And there’s lots to do, from visiting museums and galleries to exploring the islands. For the adventurous, the way to get around is on the electric scooters that dot the pavements. Just follow the instructions — and you’re off.

Stockholm, pictured, is the Swedish capital. It is built over 14 small islands linked by bridges

There are several floating hotels in Stockholm that offer good cheap accommodation, if you don’t mind sharing a bathroom with strangers. From this one, you wake in the morning to a fantastic view of the city across the water. Doubles from £40. Sodermalarstrand (rygerfjord.se).

This stylish hotel in uptown Ostermalm is well situated and serves an excellent breakfast. The decor is quirkily fun and the staff efficient and helpful. Doubles from £80. Tulegatan (birgerjarl.se).

I loved this cool hotel, though it won’t be for everyone. There are trendy prints on the walls; the rooms are underground and windowless; the corridors are designed to look like streets, with knockers on the doors; and so on. The excellent restaurant is worth sampling whether or not you’re staying in the hotel. B&B doubles from £93. Sveavagen (hotelwith.se).

There couldn’t be a better location than that of this straightforward, family-run hotel, slap-bang in the middle of Gamla Stan, the oldest part of the city. There’s no breakfast, but there are cafes on the doorstep. Doubles from £75. Trangsund (gyllenegeten.se). 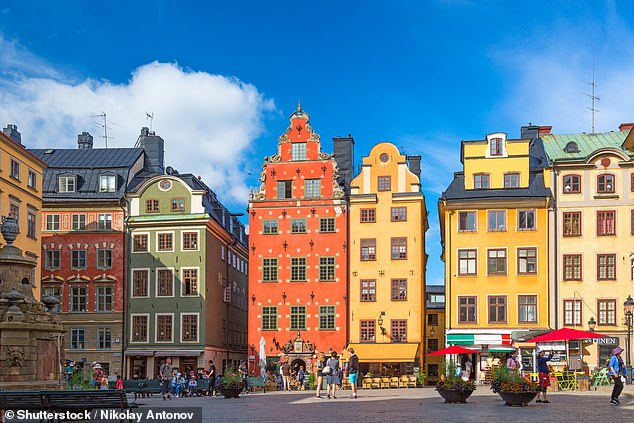 Stockholm is like a cross between Venice and St Petersburg, with added Scandi cool

If you want to eat out cheaply in Stockholm, basically you can’t — unless you stick to snack bars. This is a good one, in the trendy Vasastan area. Popular with arty types, it serves excellent shrimp sandwiches and other titbits Odengatan (ritorno.se).

Run by a father-and-son team, this fine lunch restaurant in hipster Sodermalm serves excellent, affordable organic fare. Try the quenelles of fish (the dish is called Oslo) for £8. Mariatorget (kalfochhansen.se).

For those with a weakness for deep-pan pizzas (£10 to £16), this place is worth seeking out. On a nowhere street, with basic decor, it specialises in comfort food for hungover Sundays. A guilty pleasure. Fridhemsgatan (ilpicchio.se).

Go for a cruise 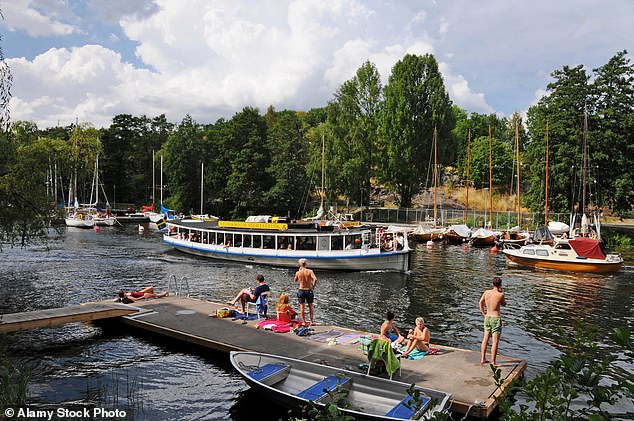 Get your bearings with the Royal Canal Tour boat trip. This 50-minute cruise embarks from the city centre and takes you on a picturesque loop of two of Stockholm’s finer islands. The excellent audioguide, which is included in the £17.70 ticket price, will clue you up on local history Stroomkajen (stromma.com).

Sail back in time

Completed in 1628, the warship Vasa was meant to symbolise the military grandeur of the Swedish king, Gustavus Adolphus. But no one dared tell him she was dangerously top-heavy. The Vasa sank within minutes of launching. Salvaged and restored in the Sixties, the ship is now the focus of a fascinating museum (entry £13). Vasa Museum, Djurgarden (vasamuseet.se).

Drop in on Strindberg

Like the pop group it celebrates, the ABBA museum (entry £21) is simultaneously jaunty and bland. Sweden’s passionate playwright, August Strindberg, was neither of those things. For considerably less money (£6), you can visit the apartment where he lived, genuflect at his writing desk, and admire his melodramatic oil paintings. ABBA the Museum, Djurgarden (abbathemuseum.com); Strindberg Museum, Drottninggatan (strindbergsmuseet.se).

In Stockholm’s modern art gallery, a large Matisse is surrounded, for no good reason, by Cartier Bresson photographs. Yet the quirky curation gives the place its own mood. The collection also boasts Francis Bacon’s haunting Double Portrait Of Lucian Freud And Frank Auerbach. And it’s free. Moderna Museet, Skeppsholmen (modernamuseet.se).

Pop by the palace 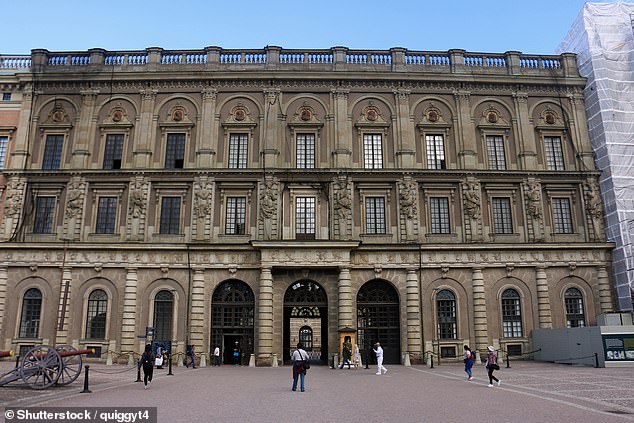 The imposing Kungliga Slotten or Royal Palace. It is close to the medieval streets of Gamla Stan

The imposing Kungliga Slotten, or Royal Palace, is vast, takes hours to visit and costs £15 to enter. Instead, just admire it from the outside, and time your visit to coincide with the solemn changing of the guard, at 12.15pm, which won’t cost you a penny. Then wander south and explore the medieval streets of Gamla Stan, the old town. Slottsbacken (kungligaslotten.se).

Fancy another freebie? Baltic bathing might sound almost suicidal, but in high summer the water is balmy. Locals make for the leafy island of Langholmen in the city centre and bask on the grass as if on the beach at St Tropez. Wander off along the footpath that rings the island, and find a more secluded spot.

Norwegian Airlines has returns from Gatwick to Stockholm Arlanda from £100 (norwegian.com).