STOCKS TO WATCH: Elliott hedges its bet on the housing market by shorting Avant Homes’ rivals

Remember Jeff ‘Moneybags’ Fairburn? He’s the chirpy former boss of housebuilder Persimmon who skulked out of the business in 2018 amid a furore over his eyewatering £76million bonus.

The Yorkshireman has since got into bed with aggressive US hedge fund Elliott for his latest venture – a £500million takeover of Avant Homes earlier this year.

Now I can reveal that Elliott is hedging its bet on the housing market by shorting Avant’s rivals. The feared US fund has taken a £50million short position in Barratt Developments and a £23million punt against Bellway.

Watching brief: Elliott is hedging its bet on the housing market by shorting Avant’s rivals

Elliott, known for campaigns against corporate giants, including current tussles with GlaxoSmithKline and SSE, emerged on the company registers earlier this month and has since upped its bets.

Short-selling is where investors borrow shares, sell them and then buy them back, ideally at a lower price, before returning them to the owner and keeping the difference.

So, far from disappearing into the sunset, Fairburn is still in the thick of the housing industry tussle.

He initially kept a low profile in the aftermath of the scheme that allowed him to bag a payout that the then Housing Minister Dominic Raab dubbed ‘almost unfathomable’. An independent review later deemed the company was focused on profit over the quality of its homes.

Fairburn later took the top job at West Yorkshire-based builder Berkeley DeVeer, before teaming up with Elliott to buy Avant, whose heartland is the North, where it builds around 2,000 homes a year.

Meanwhile, Barratt and Bellway have seen their shares slide of late as the industry struggles to keep up with strong 2020 comparisons.

Last year, the market was distorted by pent-up demand during lockdown and consumers rethinking their living arrangements.

Uncertainty over the outlook appears to have rattled investors in the biggest builders. The sell-off has even engulfed Persimmon.

Could Jeff’s new US pals be about to profit from his rivals’ travails? Elliott declined to comment. 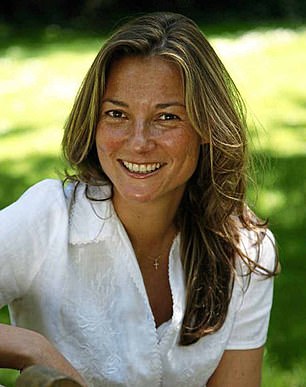 Sara Murray once witnessed Warren Buffett croon My Way at a dinner, and is busy taking (non-singing) tips from the investment tycoon.

The Confused.com founder listed her venture, Big Technologies, at £2 a share in July, and the stock has since reached £3.

Big Technologies’ Buddi brand is landing contracts such as a £93million deal to tag offenders in New Zealand.

But Murray reveals that a nascent business tagging the wrists or ankles of travellers who can then avoid hotel quarantine is gathering pace, notably in the Americas.

Those worried about pigs-in-blanket shortages at Christmas should pay attention to first-half numbers from Cranswick this week.

The meat supplier has not been immune to supply chain headaches, but profits are expected to have stepped up 10 per cent to around £65million.

Recent big contract wins include providing bacon to McDonald’s, and analysts reckon the resilience of its supplies could win more business.

But not all is rosy for boss Simon Thompson. He has seen export volumes dented amid EU border problems. Finance chief Mick Jeavons admits the ‘extra level of friction’ is ongoing and hopes it will ‘stabilise’ soon.

But chief among Thompson’s concerns will be labour issues amid concerns that revisions to workloads have left mail undelivered.

The company is also investigating allegations unearthed by The Mail on Sunday that staff are routinely claiming hours they have not worked, including at its vast national distribution centre at Crick, Northampton.

The MoS has handed over information on further Royal Mail sites where whistleblowers claim ‘ghost hours’ are being logged by employees. The company declined to comment.