Stocks to watch in 2023: Three City experts give their advice

After a difficult year, investors will be wishing for a steadier time in 2023. Here, our three City experts give their tips for the next 12 months. Each one has recommended a share for brave investors who are willing to take a risk, and one for the more cautious.

As anyone who has dabbled in the stock markets during the past 12 months will be aware, shares can go down as well as up. Following share tips always involves the risk of losing some or even all of your money. It’s a good idea to do your own research before investing.

And for those wishing to take a punt on US shares, remember there will be additional dealing costs involved – and a risk dollar strength will wipe out your profits or magnify losses.

New dawn: After a difficult year, investors will be wishing for a steadier time in 2023

For the cautious: Rentokil Initial (508p)

The acquisition of Terminix in the US, which completed in October, has put Rentokil Initial in a commanding position in the world’s largest pest control market, offering a solid revenue stream and huge opportunities to consolidate a fragmented industry.

Even if the US does dip into recession, the need to deal with problem mice, rats and bugs isn’t going to go away and is seen as an essential service, which is likely to be protected in a downturn.

Hygiene regulations never ease, and as nations grow, the number of pests does too. Its US pest control division faced tough comparatives against a prior year when growth was almost 10 per cent but savings from the acquisition of Terminix should start to shine through.

There is a risk that these combined benefits won’t emerge as quickly as hoped, or that other stumbling blocks could pop up as operations merge.

The group’s debt has fixed rates though, so the company is insulated from rising borrowing costs. 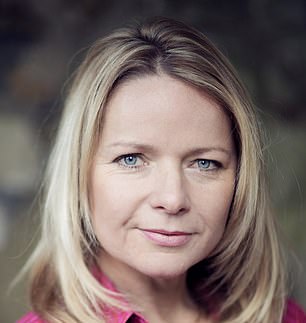 With worries about a downturn in e-commerce whipping around, investing in a company which supports the industry could be judged to be a hasty bet.

But packaging firm DS Smith has shaken off concerns with strong results and trading for the full year is set to exceed expectations. This is an enviable position to be in, given inflation is causing so much pain for other companies.

Even though e-commerce sales have come down from the pandemic boom, its products are in high demand from a raft of retailers. Its success has been driven by strategies including cost-cutting drives to preserve margins and passing on the higher cost of raw materials in its prices, which its customers haven’t so far found hard to swallow.

Of course there is always a risk that they may baulk at the prospect of more price hikes, but with inflation showing signs of coming down, it should keep DS Smith out of the eye of any storm.

Uncertainty around recession, inflation and interest rates means investors might want to seek solace in defensive companies, namely ones whose products and services are in demand in both good and bad conditions.

The healthcare sector is a sensible place to hunt for opportunities and pharmaceuticals group GSK is an attractive stock trading on a cheap valuation. Its shares are on 9.9-times forecast earnings for 2023, lower than the FTSE 100’s 13.7-times and well below peers.

GSK makes vaccines and specialty medicines. In November it raised its annual profit and sales guidance for the second time in six months, suggesting there is good momentum in the business.

The shares have been depressed due to litigation being pursued in US courts over claims that heartburn drug Zantac caused cancer. In early December, a US judge dismissed these claims, helping to put life back into the share price.

That doesn’t mean shares are risk-free. An appeal is possible and there is no guarantee new drug developments will be successful. 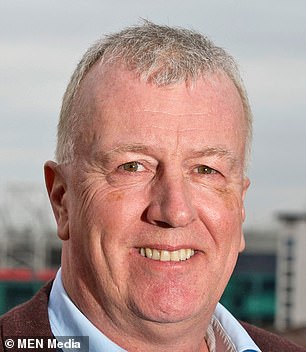 Given its excellent track record, the valuation of JD Sports shares is attractive for those prepared to take some risk in 2023.

A near-50 per cent fall in the share price this year means the tricky consumer backdrop is already factored in. As of July 30, 2022, the company had a £1billion net cash position, which should sustain it through a difficult period.

The seller of trainers, tracksuits and other sports and leisurewear trades on around nine times forecast earnings for the financial year to January 2024 and it could do better than current estimates suggest if the downturn proves more short-lived than feared.

Why are the shares so cheap?

Concerns over consumer spending are one part of the answer. JD has also been affected by negative news flow related to governance issues under former boss Peter Cowgill, whose successful tenure turned the company into a darling of the stock market.

However, new boss Regis Schultz has enjoyed success at previous employers with digitisation strategies and selling products through a variety of different channels.

He looks a good fit.

This US company develops and supports software, services, devices and solutions worldwide.

Its ‘productivity and business processes’ arm offers a wide range of services including Office/365 and Teams, and makes up approximately a third of revenue.

The ‘intelligent cloud’ division encompasses the fast-growing Azure business, which is anticipated to drive revenue growth in the coming years.

The ‘more personal computing’ segment includes devices and gaming. Most notably, the proposed purchase of Activision Blizzard for $69billion (£57.1billion) is seen as a future driver for growth. 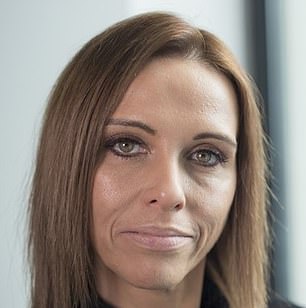 It is also becoming an important player in digital marketing, which should bolster future revenue streams. High US inflation has affected more growth-focused companies like Microsoft as the Federal Reserve has hiked interest rates to combat inflation.

US inflation however looks to have peaked, and the speed of rate rises is expected to slow, giving a more certain outlook into 2023. Fundamentally, Microsoft is in a great position and should be able to weather the storms of any forthcoming recession.

Estee Lauder manufactures, markets and sells skincare, makeup, fragrances and haircare products. Its wares are sold in more than 150 countries and include high-quality brands such as Clinique, La Mer and Jo Malone.

2022 has been a difficult year as the zero-Covid policy in China undermined growth in sales of prestige beauty products.

The Asia-Pacific region had been driving growth, but this faltered during the pandemic.

Interestingly, supply issues seem more of a factor rather than reduced demand and that has led to more distribution centres being opened in China to increase supply across the region.

The share price has shown some signs of recovery and has been particularly sensitive to news about the relaxing of Covid rules in China.

Longer term, the high quality of the brand portfolio underpins the fundamentals of the company.

Stock markets around the world struggled this year as interest rates rose and riskier investments fell out of favour.

Unfortunately for our stock pickers there were plenty of losers – all six share tips lost value.

There was little to shout about with telecoms giant BT and miner Cadence Minerals – both recommended by Justin Urquhart Stewart – heavily underperforming.

BT came under fire from French investor Patrick Drahi, who upped his stake, but he has yet to outline his plans for the future. It is a business with little direction at present.

Likewise there was little for Andy Bell to celebrate after he suggested Speedy Hire and Costco Wholesale. Janet Mui tipped Ashtead and Intercontinental Exchange but, again, neither stock made a gain.

US-focused industrial rental group Ashtead looked likely to perform well but, as in the UK, the American economy has yet to roar back into life after the pandemic.