A thug who glassed a father who sat with his 11-month-old son at a christening has had his sentence increased to three years.

Ryan Hamilton smashed Michael Banthorpe, 26, over the head with a glass during the unprovoked attack at the Elm Tree Social Club in Stockton-on-Tees in April.

Hamilton was initially sentenced to 20 months in prison but the leniency of the jail was appealed. 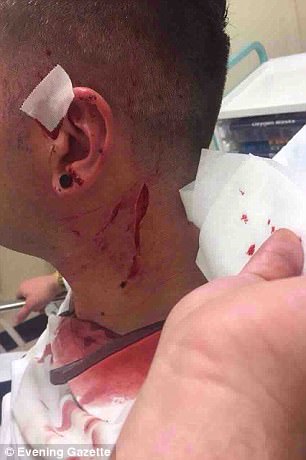 Michael Banthorpe, 26, from Stockton-on-Tees, was having a quiet drinkwith his partner when Ryan Hamilton smashed a glass over his head 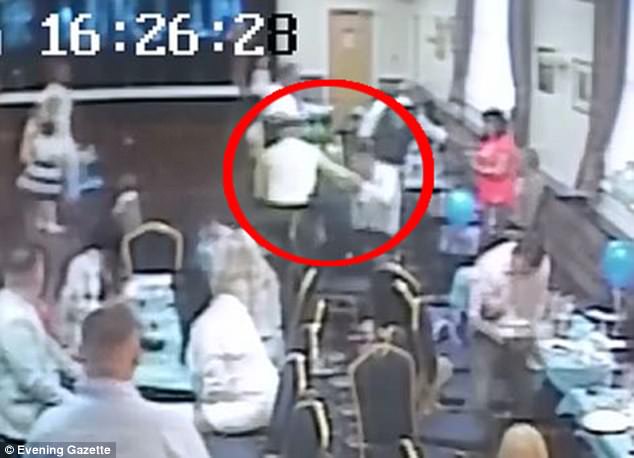 Mr Banthorpe was taken to hospital where he was treated for two deep gashes on his head. He is still suffering from the mental effects of the attack

Shocking CCTV footage of the attack showed Hamilton launch the furious attack even though the victim’s 11-month-old son was beside him.

Mr Banthorpe was outraged over the initial sentence, believing Hamilton should have faced a five-year-jail term.

However, speaking after the appeal, he said: ‘I don’t hate him – but I can never forgive him for glassing me.’

It has taken Mr Banthorpe eight months to recover from his wounds, although he is still angry. He said: ‘It still isn’t enough. I wanted a five year sentence – but at least now I feel like I’ve had the last laugh.’ 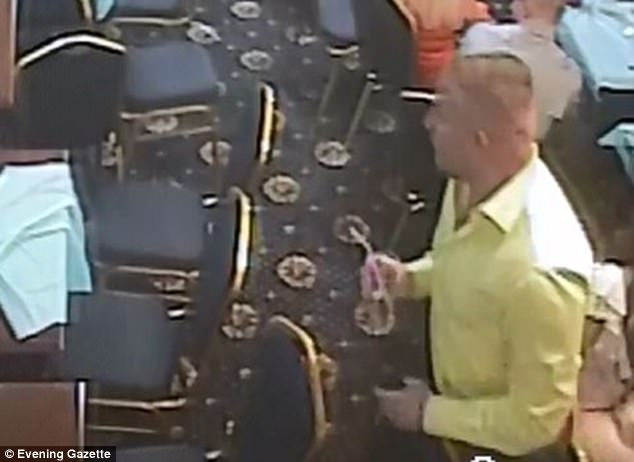 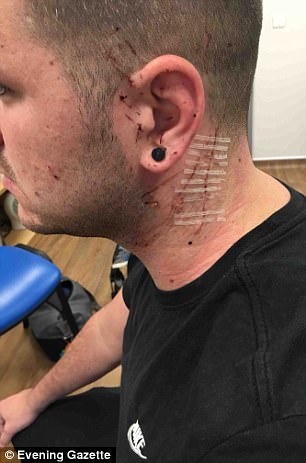 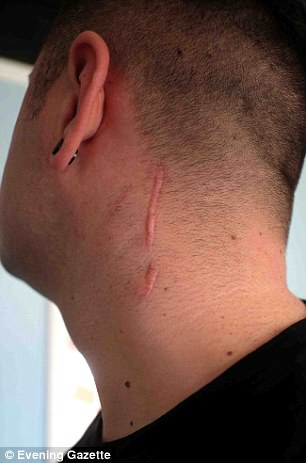 Mr Banthorpe was taken to hospital where he was treated for two deep gashes on his head. He is still suffering from the mental effects of the attack 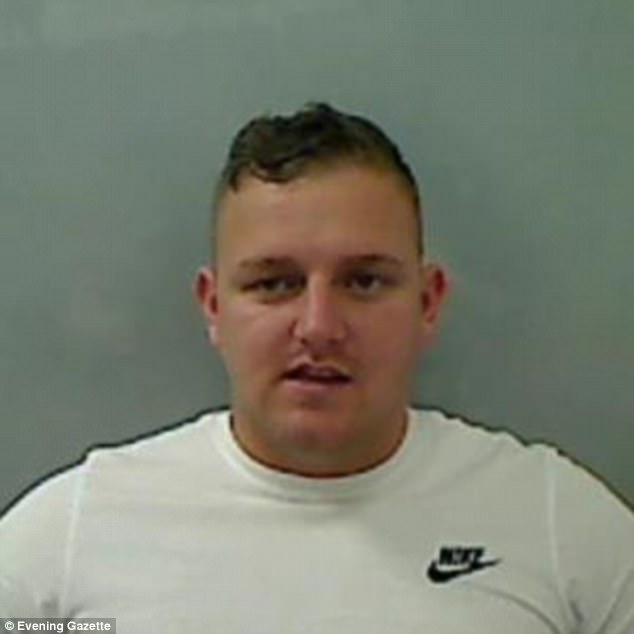 Ryan Hamilton, pictured, has had his 20-month sentence for the attack increased to 3 years

Mr Banthorpe continued: ‘I was disgusted when I heard he only got 20 months, and just felt let down. Everything to get him to court was so slow moving, and at times I felt like I would be better off taking matters into my own hands. The only thing that stopped me was my son.’

The Court of Appeal decided attacking Mr Banthorpe in sight of his young son was an aggravating factor which deserved a stiffer sentence.

Luckily, the youngster has no memory of what happened.

Mr Banthorpe continued: ‘Thankfully he wasn’t old enough, so he will have no psychological memories, but he had minor injuries.  Now I’m very wary about putting him or any of my family in any situation where this could happen.’

Commenting on his injuries, he said: ‘I had a four inch gash – if it was further down my neck I could have bled to death or been paralysed. But I was more angry that kids had to witness it.’

Judge Sean Morris warned Hamilton, 25, that he was lucky he wasn’t facing a murder charge.

Mr Banthorpe added: ‘The only people I feel sorry for in this is his family – due to his own selfish actions they are without him now,” he added. But he should count his lucky stars he isn’t away for longer. But I don’t hate him – I will just never forgive him.’

The victim, who works in the finance industry, said: ‘We were at the gathering after the church service and I went to the bar to get a drink.

‘It was very busy so people were walking back from the bar in single file.

‘His (Hamilton’s) partner was coming my way so I let her past saying “come on love, through you come,” she said thanks and that was it.

‘I sat down next to my son and the next thing I saw was him coming towards me.

‘He said “You’ll never look at her again” and hit me with a glass and punched me twice.’

Mr Banthorpe was taken to hospital where he was treated for two deep gashes on his head. He is still suffering from the mental effects of the attack.