Stokes gives us belief we can win every game – Buttler

Stokes very nearly proved the point at his first attempt, returning from five months of unavailability, when in an unscripted second spell he conjured up two wickets which briefly made England favourites in Sunday’s series opener against New Zealand.

Ultimately, the tourists’ go-to match-winner was outdone by centurion Ross Taylor and then Mitch Santner’s muscular late hitting as the Kiwis nosed ahead 1-0 in the one-day international series which resumes in Mount Maunganui on Wednesday. 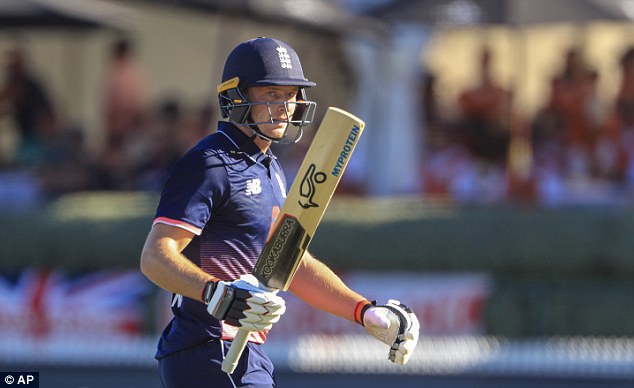 Nonetheless, Stokes provided an instant reminder of the capabilities which instil such confidence in fellow world-class talents such as Buttler.

England’s white-ball wicketkeeper has no doubt there will be much more to come very soon from Stokes, back in harness at last after his first international appearance since he was arrested outside a Bristol nightclub last September.

Stokes has vowed to clear his name, having this month pleaded not guilty at Bristol Magistrates’ Court to a charge of affray.

It is back on the field, though, that he must currently focus his attention – and in that guise, Buttler agrees that Stokes’ ability to turn any match in an instant with bat, ball or in the field means England feel no challenge is ever beyond them.

‘Exactly,’ he said. ‘Ben is capable of that in all three facets.

‘Obviously, we’ve got some fantastic batsmen, some fantastic bowlers – but all-rounders, through the history of cricket, have always been the ones that mean you’re never out of the game, because they can always influence it. He’s a great player.’ 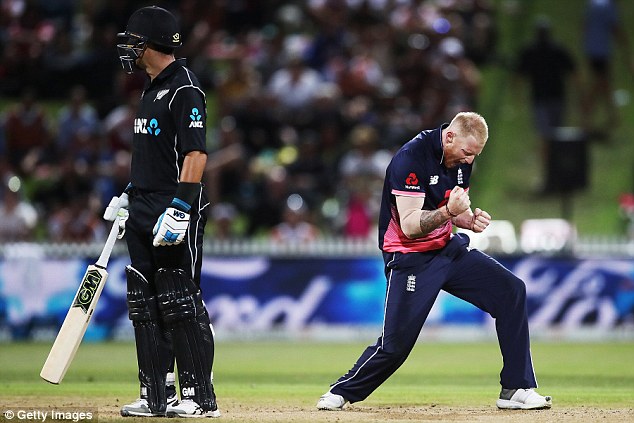 From the moment Stokes’ name was announced at Seddon Park, England could afford a new spring in their step – and Buttler predicts more of the same as they try to level the score this week against hosts on course to equal a national-record winning streak of 10 in ODIs.

‘It’s fantastic to have him back,’ Buttler added. ‘He always puts in performances – and I’m sure, having got that one game out of the way, he’ll go from strength to strength throughout the series.

‘His infectious personality rubs off on people – he demands the best from (us). So just having him back around is a great asset to the group.’

Off the pitch, several England careers are at a crossroads – after Alex Hales and Adil Rashid signalled their intentions to focus on white-ball only formats for their counties. 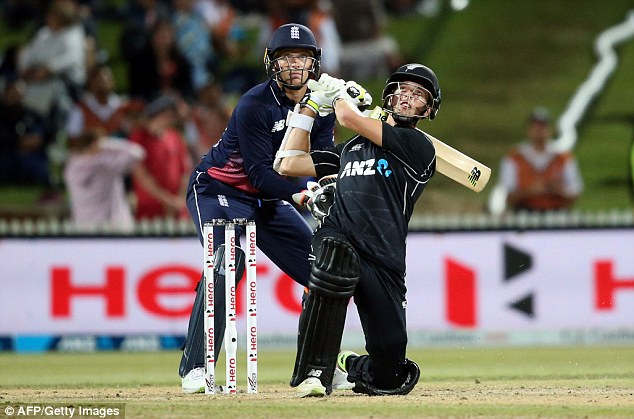 ‘It’s fantastic to have him back,’ the wicketkeeper said. ‘He always puts in performances’

Buttler has been mentioned in dispatches as a possible contender to do likewise, having played the last of his 18 Tests in December 2016 and become a prize asset for Twenty20 franchise competitions such as the highly-lucrative Indian Premier League.

At 27, he concedes the thought of following Hales and Rashid’s lead has crossed his mind.

‘Yes, sometimes – sort of,’ he said, swiftly adding though that he is not yet ready to relegate remaining Test ambitions by spurning the chance to play first-class cricket for Lancashire this season.

‘At the minute I’m very happy with my situation. I haven’t played a great deal of red-ball cricket recently – whether that opportunity comes (depends on) performance.

‘I think at the back-end of this year, I’ll be available for quite a lot of championship cricket – so if I’m going to get back in, that’s when I need to score runs.’