Campaigners today began a legal challenge against a £1.7billion plan to build a tunnel diverting traffic away from Stonehenge.

Ministers have approved the proposal for a new two-mile tunnel south of the current road, which runs within a few hundred metres of the famous UNESCO world heritage site in Wiltshire.

The A303 is a popular route for drivers travelling to and from the South West but is often congested on the single carriageway near the prehistoric Wiltshire monument.

Those behind the scheme hope it will help tackle congestion and noise around the iconic site – where traffic is often at a standstill during Bank Holiday weekends.

But archaeologists and environmentalist have opposed the plan because of the damage it will do to the local environment, with some critics comparing it to digging under the Pyramids.

The road tunnel is planned to be built south of the current A303, which runs within a few hundred metres of the famous UNESCO world heritage site in Wiltshire. Pictured: An artist’s impression of the plans 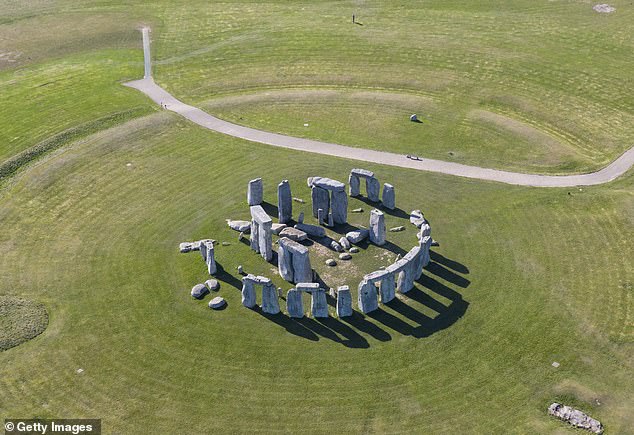 Now campaign group Save Stonehenge World Heritage Site (SSWHS) has commissioned the law firm Leigh Day to investigate the lawfulness of the decision.

Solicitors will focus on a ruling by the Planning Inspectorate which said the proposal should be scrapped due to the risk of causing ‘permanent, irreversible’ damage to the site.

Tom Holland, president of The Stonehenge Alliance, said: ‘I fully back the move to test whether Grants Shapps acted legally in approving this highly wasteful and destructive road scheme.

‘The Government has ignored advice from both UNESCO and the independent panel who presided over a six-month examination.

‘To have won the arguments based on reason and evidence, and then to have them overruled on a ministerial whim, shows just how broken the roads approval process is.’ 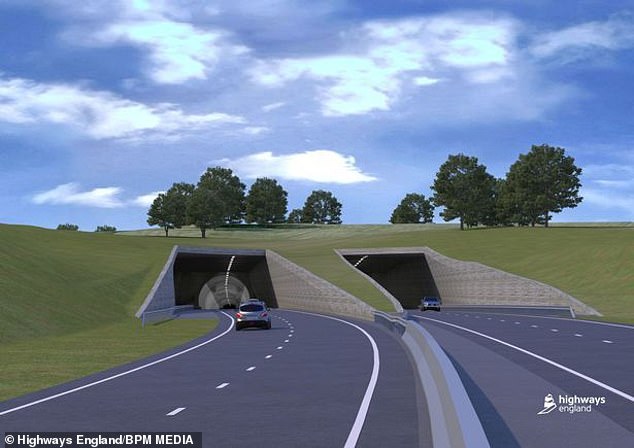 The tunnel is part of a £27billion masterplan to improve the nation’s roads, which was announced in March

Mr Holland added: ‘I urge everyone who cares about the Stonehenge World Heritage Site to support this legal action. There is still a chance to stop the bulldozers moving in and vandalising our most precious and iconic prehistoric landscape.’

Leigh Day solicitor, Rowan Smith, said: ‘Our client believes that there is a legal case to be made that the Secretary of State unlawfully assessed the harm that is going to be inflicted on a 4,000-year-old and much-cherished World Heritage Site, deciding instead that such destruction is a price worth paying for the economic benefits and faster road travel times that may accrue in the future.’ 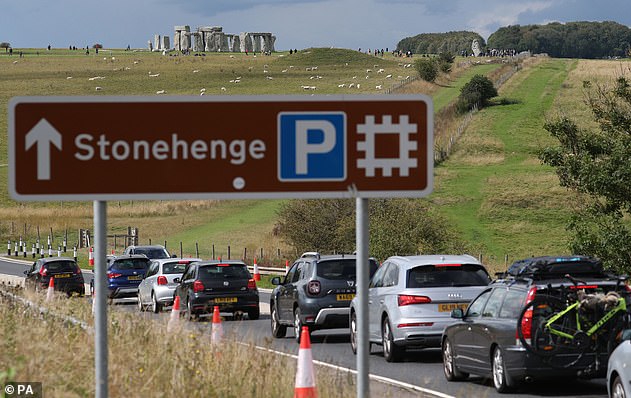 For decades, motorists on the A303, which passes the stone circle, have endured severe congestion on the popular route to and from the South West 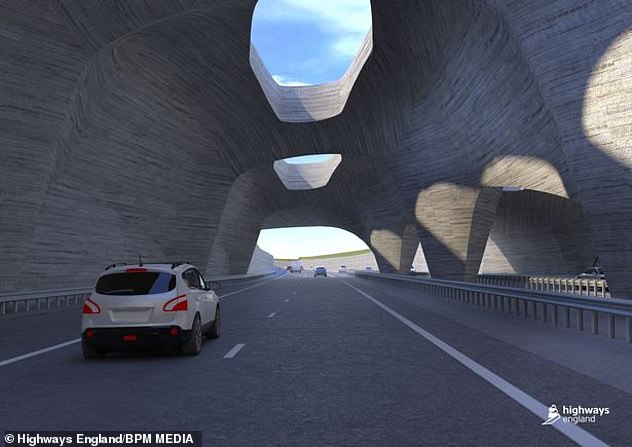 A £1.7billion plan to build a tunnel diverting traffic away from Stonehenge has today been given the green light. Pictured: An artist’s impression of the plans

A spokeswoman for the DfT added: ‘The secretary of state has approved the A303 Amesbury to Berwick Down Development Consent Order 2020 for the construction of a new two-lane dual carriageway for the A303 between Amesbury and Berwick Down, including a tunnel approximately two miles in length past Stonehenge.

‘The department cannot comment further on the A303 Stonehenge decision. The reasons for the decision are set out in the decision letter dated 12 November published on the planning inspectorate’s infrastructure planning portal website.’

The battle of Stonehenge: The 25 year fight over plans to build a tunnel near to the historic site

1995: Proposals for a simple cut and cover tunnel are put forward by the government. They are criticised by groups including the National Trust.

2002: New plans for a properly bored tunnel are announced, at a cost of £183million.

2004: Despite opposition to the plans, a public inquiry finds the proposals as adequate. However, the scheme is ditched, with construction costs spiralling to £470million.

2015: The scheme is touted again, but it comes under fire from historian Dan Snow, who accused ministers of acting like ‘vandals and zealots’.

2017: The government approves plans for a tunnel again.

2018: Highways England holds a consultation for the scheme, with costs now at £1.6billion. The new plans include a grass covered canopy at one end to help it blend in with the landscape. The improvements are ‘welcomed’ by The National Trust, English Heritage and Historic England, but groups such as the Stonehenge Alliance continue their opposition.

2018: Public-private funding model for the scheme is ditched by then-chancellor Philip Hammond.

March 2020: Rishi Sunak says the scheme will be included in a £27billion national roads investment plan.

June 2020: A team of archaeologists had discovered a ring of at least 20 large shafts within the World Heritage Site, a short distance from the stones.

November 2020: The latest scheme is given the green light again by Transport Secretary Grant Shapps. The two-mile dual-carriageway tunnel is set to cost £1.7billion.