Stop copying our flag! New Zealand lashes out at Australia

New Zealand’s Acting Prime Minister Winston Peters has called on neighbouring Australia to change its flag, saying it had pinched the Kiwi banner’s design and was causing confusion.

‘We designed it and they borrowed it and if we wanted to clear the matter up they should change their flag,’ Peters told reporters.

‘It must be patently obvious that all over the world people are confused. 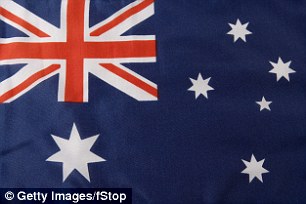 The only major difference is that the Australian version (right) has six white stars, five representing the Southern Cross, while New Zealand (left) depicts the constellation with four red stars 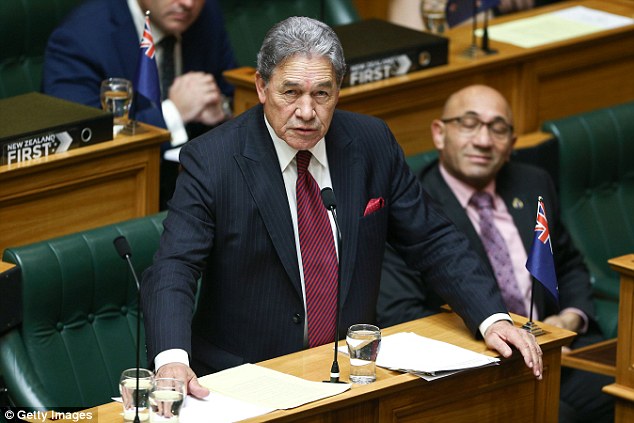 Acting Prime Minister Winston Peters (pictured) said: ‘I’ve been in places like Turkey and elsewhere where they’ve confused our countries on the basis of those flags. It’s not helpful’

‘I’ve been in places like Turkey and elsewhere where they’ve confused our countries on the basis of those flags. It’s not helpful.’

Both the New Zealand and Australian flags are dark blue with the Union Jack emblem of founding nation Britain in the top right corner.

The only major difference is that the Australian version has six white stars, five representing the Southern Cross, while New Zealand depicts the constellation with four red stars.

Peters, who is temporarily leading the country while Prime Minister Jacinda Ardern is on maternity leave, feels strongly about the flag issue.

The 73-year-old also raised it earlier this week, complaining ‘we got there first with this design’.

Bridges said New Zealanders he had spoken to were concerned about topics such as the economy and healthcare.

‘They never raised with me changing the Australian flag. That’s weird by even his  standards,’ he told parliament.

The comment comes after Mr Peters, who is also the country’s foreign minister, slammed Australia for deporting New Zealand nationals without trial.

More than one thousand New Zealanders have had their visas cancelled in Australia since stricter deportation laws were introduced four years ago.

New Zealand adopted its flag in 1902, while Australia’s was not officially recognised until 1954.

However, the Australian version had been used informally since 1901 and both countries say similar designs were common throughout the late 1800s.

New Zealand held a referendum on changing its flag to a silver fern design in 2016, with the proposal defeated 43 percent to 57.