Storms have arrived and are battering parts of Queensland as the state’s storm season takes hold.

Hundreds of passengers have been affected by delays at Gold Coast Airport with flights delayed and diverted.

The Australian Bureau of Meterology warned the ‘primary threat’ is the possibility of between 60mm and 70mm of rain in an hour leading to ‘local flash flooding’ as the rains head towards Brisbane. 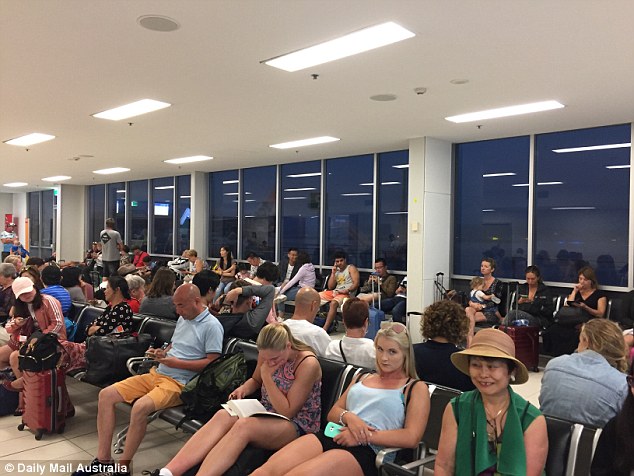 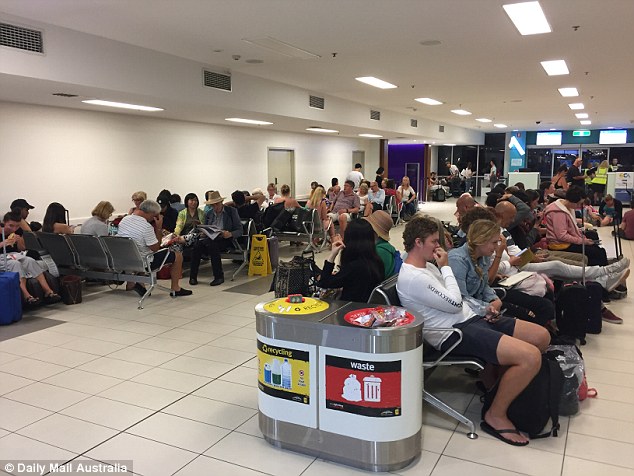 Virgin Australia reported its three flights from the Gold Coast to Melbourne and Sydney have been delayed by up to three hours.

Jetstar also said its 6.45pm flight to Melbourne was delayed by around two-and-a-half hours and was due to depart at 9.15pm.

Meanwhile one of its flights from Melbourne had to be diverted to Brisbane.

Severe thunderstorms were predicted by forecasters for the south east coast on Monday evening with rain expected to lash down.

Dramatic pictures have been posted on social media of the storm arriving across the region earlier in the afternoon around the Gold Coast.

Heavy flooding is predicted with some areas possibly getting up to 50mm of rainfall throughout the night.

Sydney suffered its wettest day in 12 months on Sunday with rainfall of up to 70mm in western suburbs while there was between 50-80mm of rain in areas between Newcastle and Canberra. 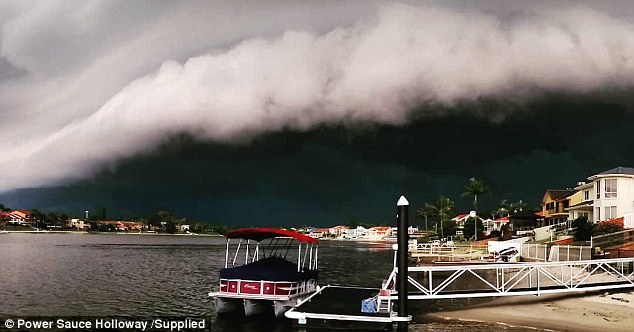 The storms roll in over Gold Coast at Mermaid Waters

The town of Gatton, 100km east of Brisbane. had 51.2mm of rain since 9am on Monday, according to the Bureau of Meteorology.

‘If it’s flooded, forget it,’ they said. ‘Seek shelter preferably indoors and never under trees. Avoid using the telephone during a thunderstorm. Beware of fallen trees and powerlines.’ 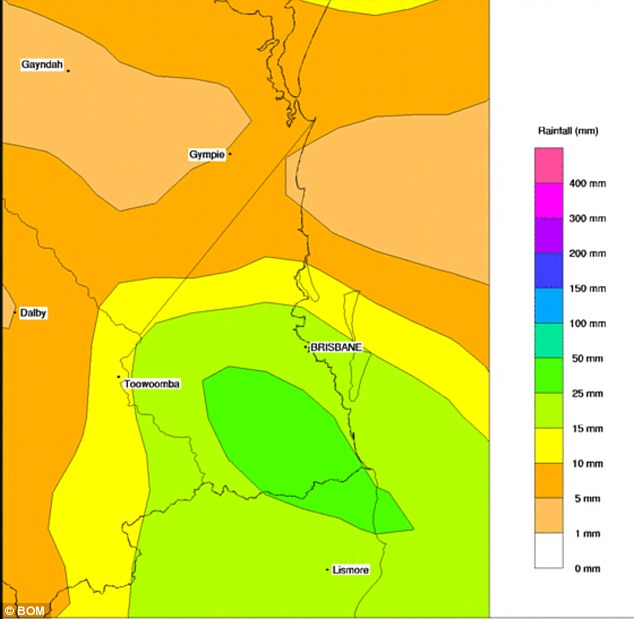 Gatton, 100km east of Brisbane. had 51.2mm of rain since 9am with many areas also set to face a deluge on Monday night 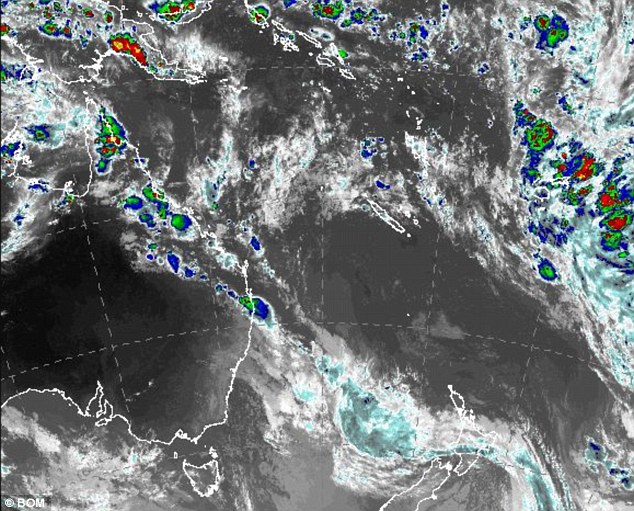 A statement from the BoM said: ‘Heavy rainfall that may lead to flash flooding is likely.

‘At 6.35pm, severe thunderstorms were detected on the weather radar near Coolangatta and Jimboomba.

‘These thunderstorms are moving towards the northeast. They are forecast to affect Logan Village, Bundamba Lagoon and Greenbank by 7.05pm and Beenleigh, Logan City and Wacol by 7.35pm.

‘At 7.45pm, severe thunderstorms were detected on the weather radar near Ipswich, Beenleigh and Logan City.

‘They are forecast to affect Brisbane CBD, Cleveland and Esk by 8.15pm and Strathpine, the area northwest of Esk and Toogoolawah by 8.45pm.’

For assistance in an emergency contact the State Emergency Service on 132 500.

AUSTRALIA’S WEATHER: THE FORECAST IN YOUR CITY