Princess Mary delighted fans with her family’s Christmas trip to Australia – but eagle-eyed observers have picked out an awkward detail in the royal family’s recent portrait.

It’s the first time the five have been pictured together officially since the Queen declared Prince Joachim’s children would lose their royal titles on January 1.

Royal fans couldn’t help but notice Prince Joachim and Princess Marie standing behind the Queen, with favourites Princess Mary and Prince Fredrik by her side.

The couple were also tilted away from the other prince and princess in the picture – adding to the already icy appearance of their relationship.

The Royal Family gala portrait was taken by Per Morten Abrahamsen in conjunction with the Queen’s anniversary and then posted on Instagram.

‘Beautiful people, but a strangely unharmonious arrangement of the family,’ one person noted on the snap.

‘A little strange that Frederik is angled so he also turns his back on Joachim,’ said another.

‘What a staging. I don’t understand why Joachim and Marie are participating,’ added a third.

Others saw nothing wrong with the portrait and claimed it to be ‘perfect’.

‘That is something to be proud of,’ one person wrote.

Prince Joachim has said he was ‘very sad’ about his mother’s decision to officially call his children ‘his/her excellencies’, instead of by their old royal titles. 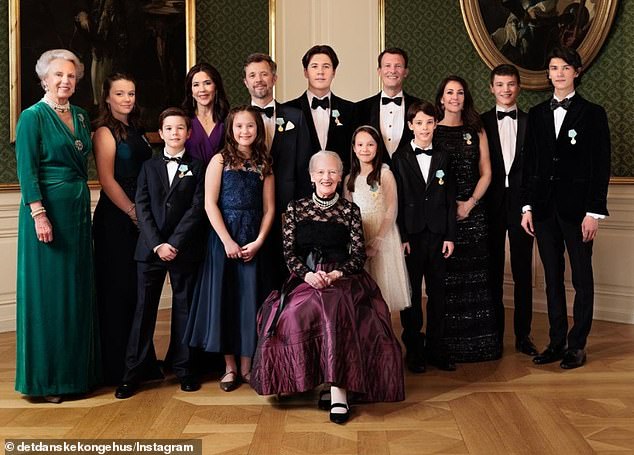 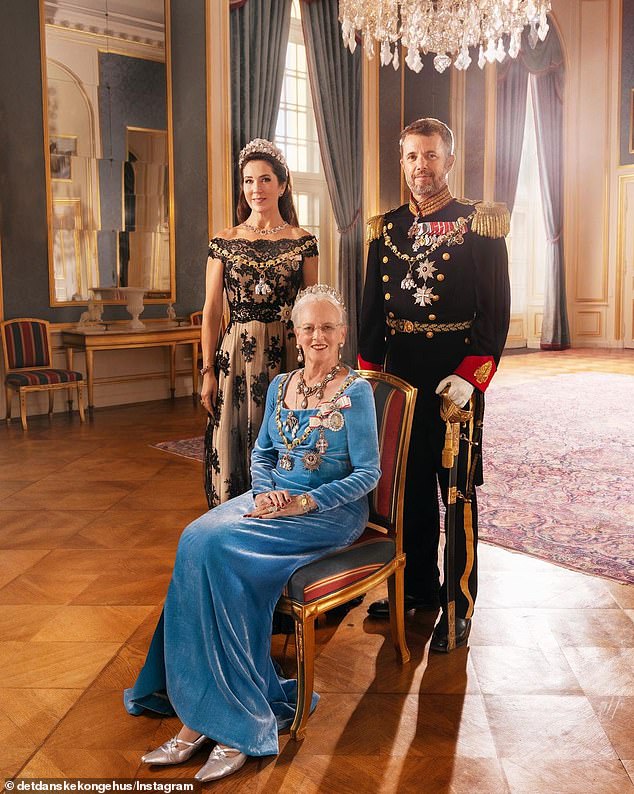 ‘It’s never fun to see your children being harmed. They are been put in a situation they do not understand,’ he said at the time, noting he had just five days to tell them before the news went public.

Following shock news the prince revealed he would be moving to Washington DC with his wife Marie and their youngest two children.

Prince Joachim is currently sixth in line to the thrown, behind his brother Crown Prince Frederik and his four children.

Both Mary and Marie wore family heirloom tiaras in the portrait while their husbands were pictured in military regalia.