They are installed like ‘personal museums’, strange and intriguing treasures ‘clearly on display for passers-by’. Feixa – who moved to Brussels in 2013 – snapped so many that he ended up compiling them into a book called Strange Things Behind Belgian Windows, published by Luster.

He said: ‘Belgians love cats and dogs, have a strange passion for pharaohs, figurines and miniatures of all kinds, and are clearly natural born artists. This is my conclusion three years after having started my public window project. Before the start of this journey, I thought I was living in a cold, grey country. [The] windows allowed me to enter delirious worlds – I took a deep plunge right into the Belgian soul.

‘Could these windows be a form of dialogue? My wish is to believe that they actually are. Although no one seems to be posting them on social media, they are actually out there on the streets, just for the sake of conversation with anyone passing by.’

Scroll down to see a selection of the 160 images that appear in Feixa’s tome. 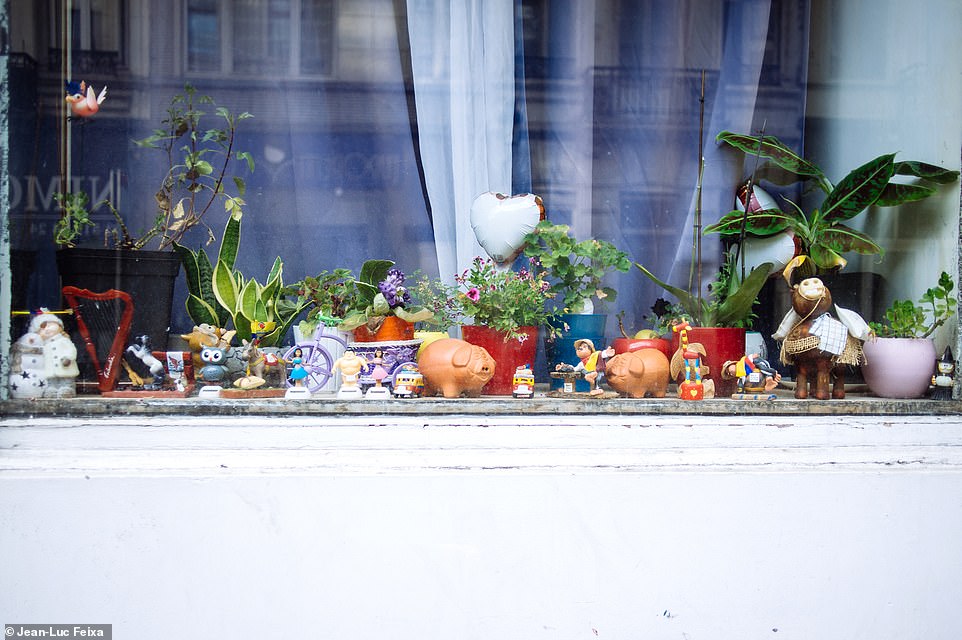 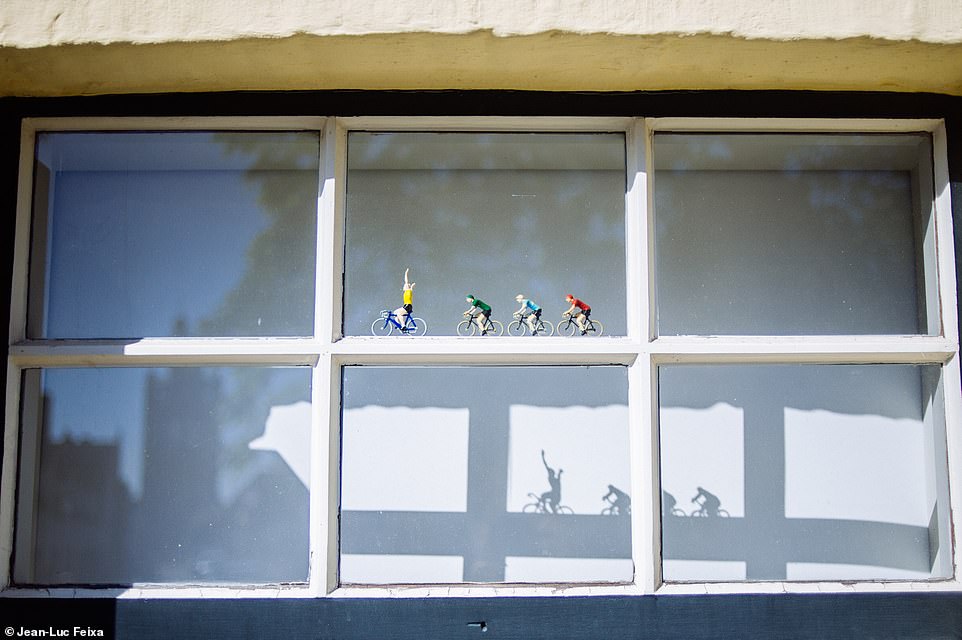 Feixa said: ‘Belgians love cats and dogs, have a strange passion for pharaohs, figurines and miniatures of all kinds, and are clearly natural born artists’ 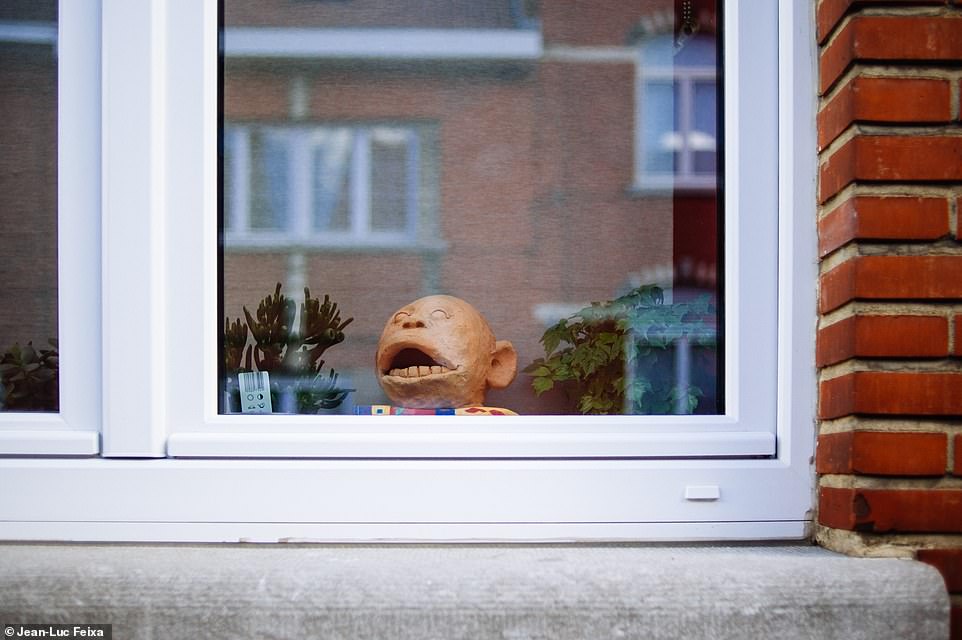 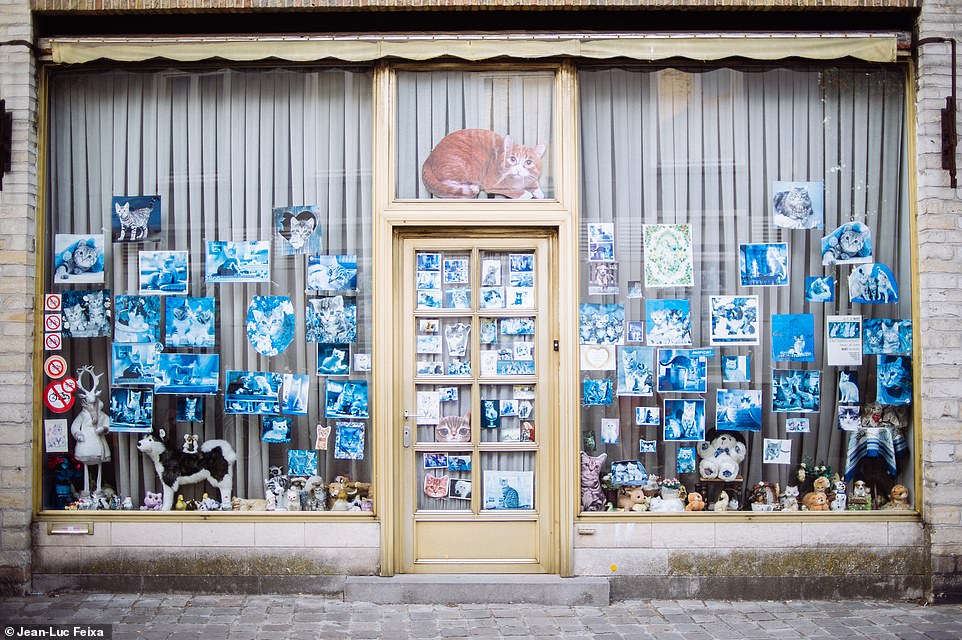 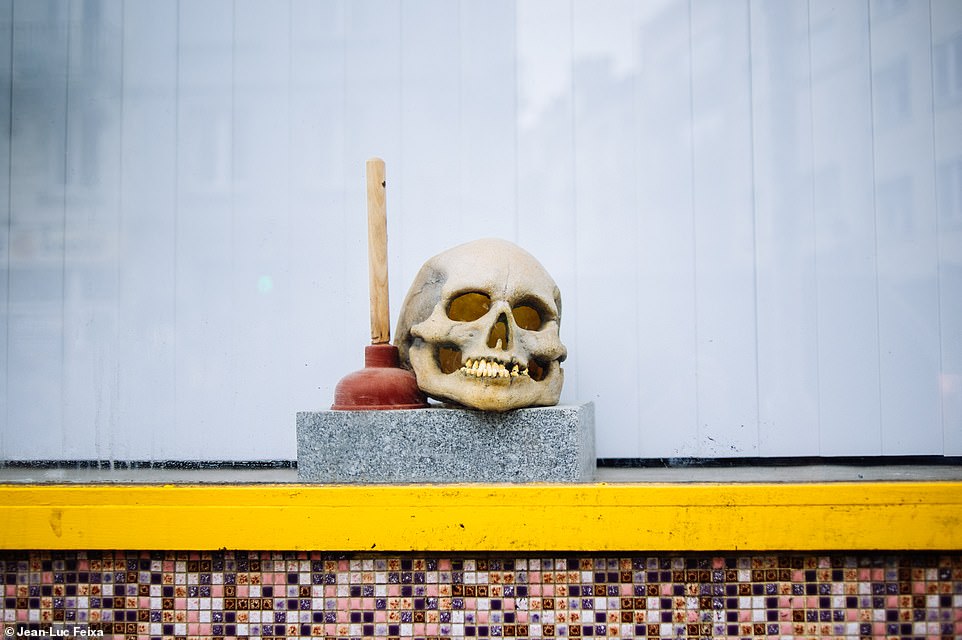 Feixa describes the objects photographed as ‘strange and intriguing treasures’ 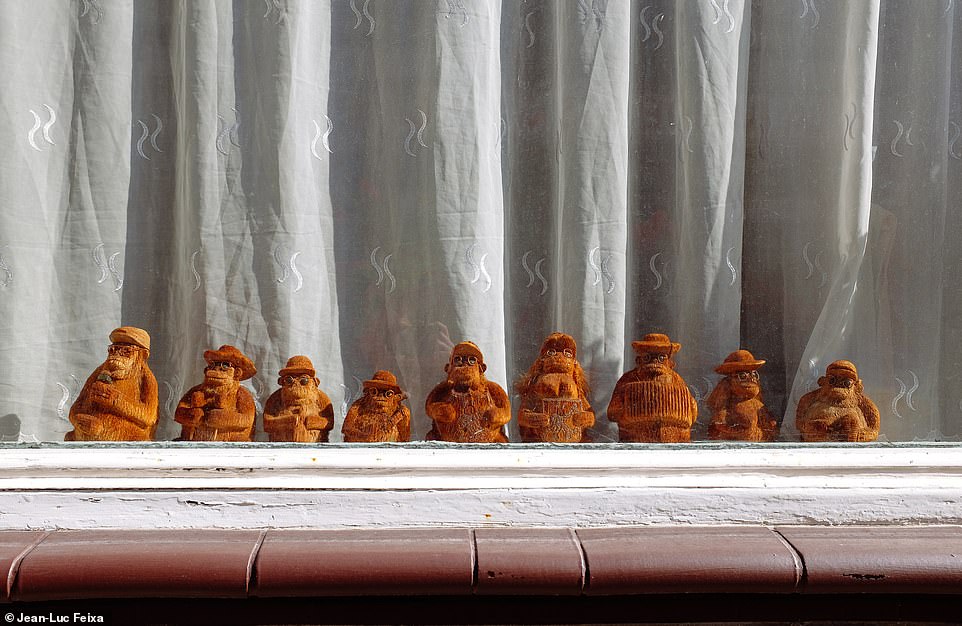 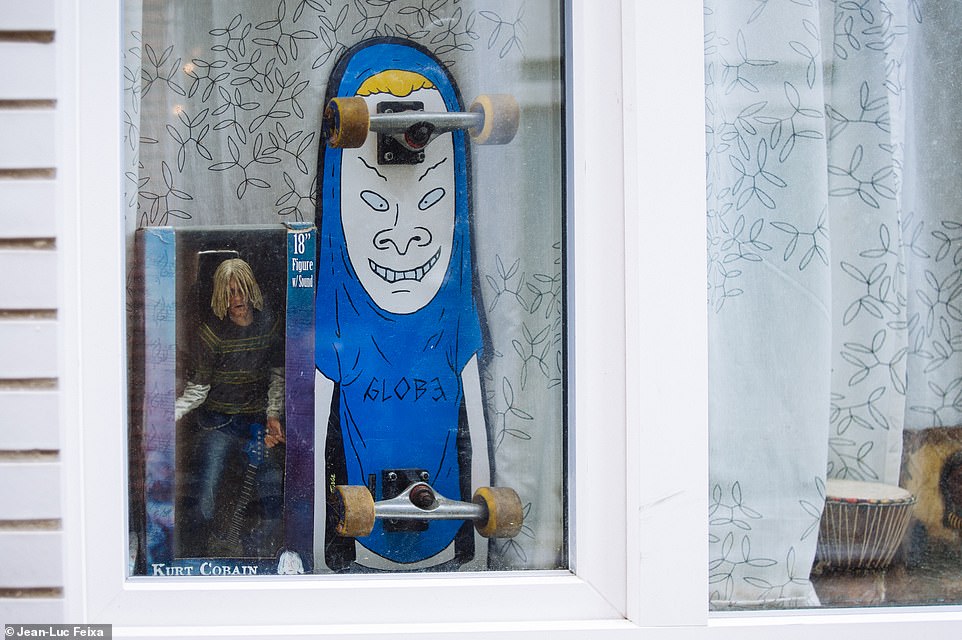 Feixa said in regard to his project: ‘You walk down the street, look through a window and get to see something from a new perspective. You get a glimpse of another universe very different from your own, and get to feel something new’. This display is evidently some sort of shrine to Beavis and Butt-head – and Kurt Cobain 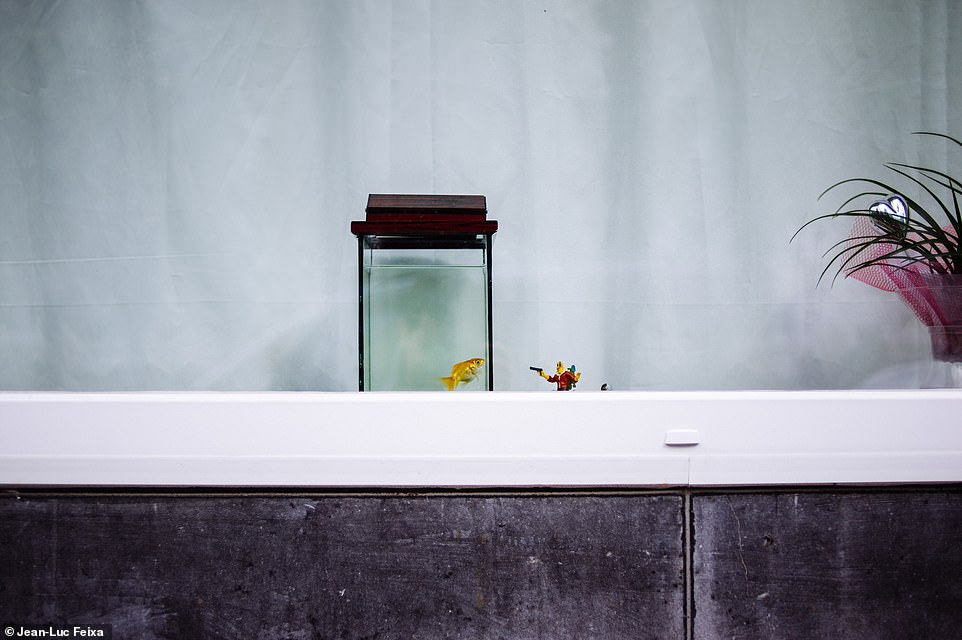 Belgium just seemed like a cold, grey country to Feixa before he started his window project 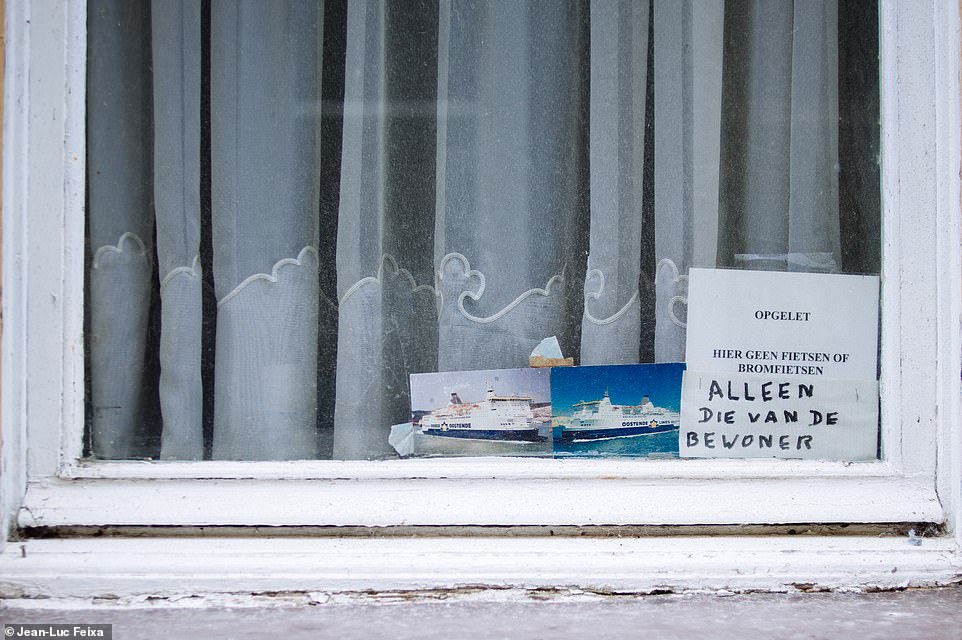 In this scene, alongside a picture of two ferries is a note that says ‘please don’t put bikes or motorbikes here, only residents’ 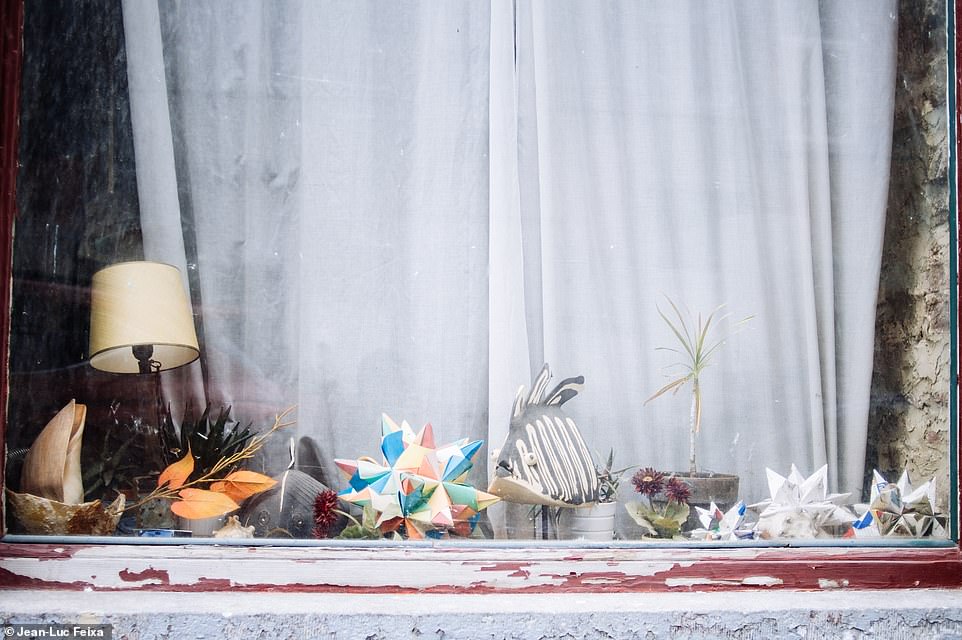 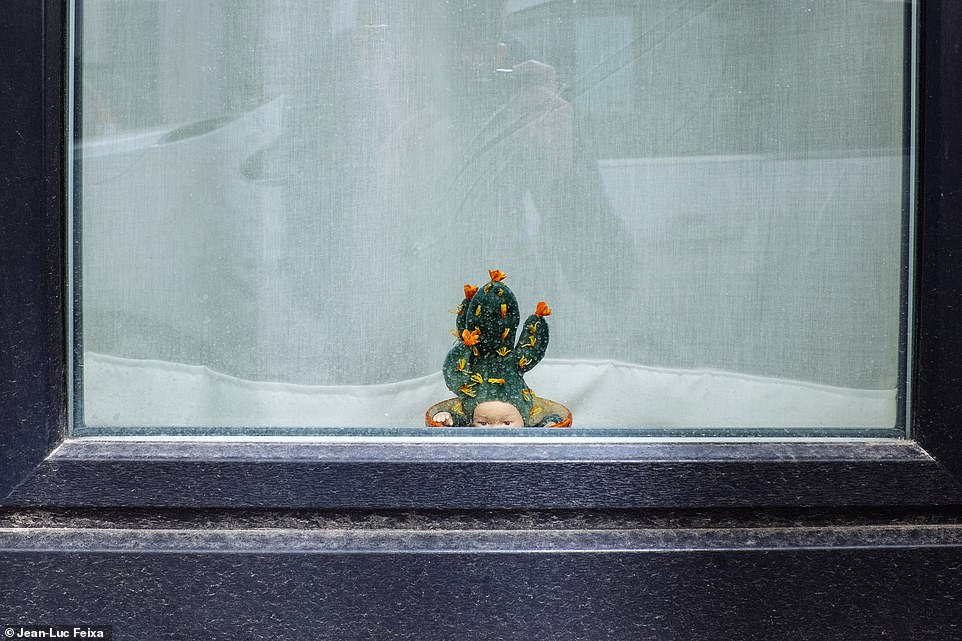 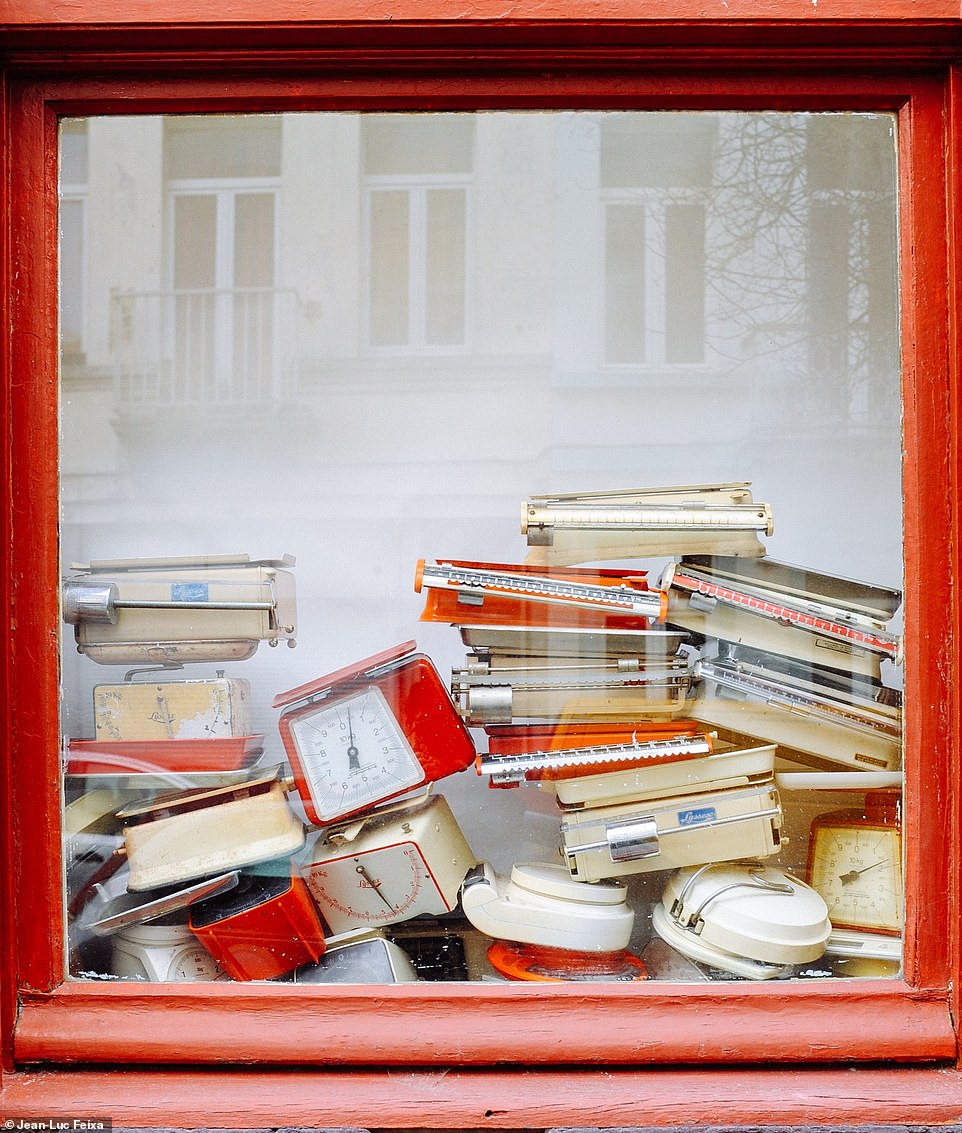 Weigh to go: This window contains some sort of homage to sets of scales. Probably… 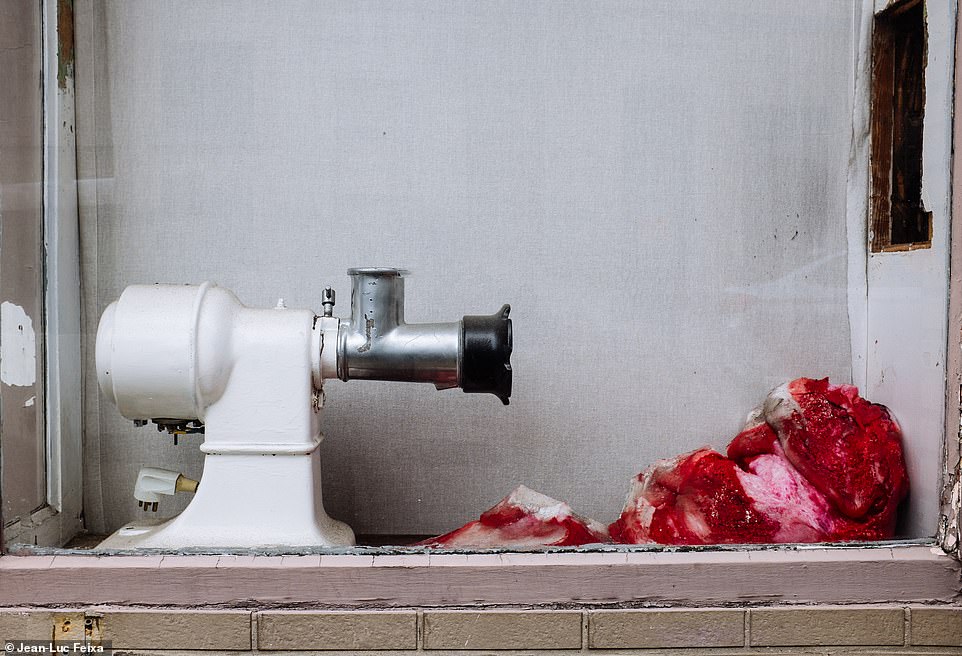 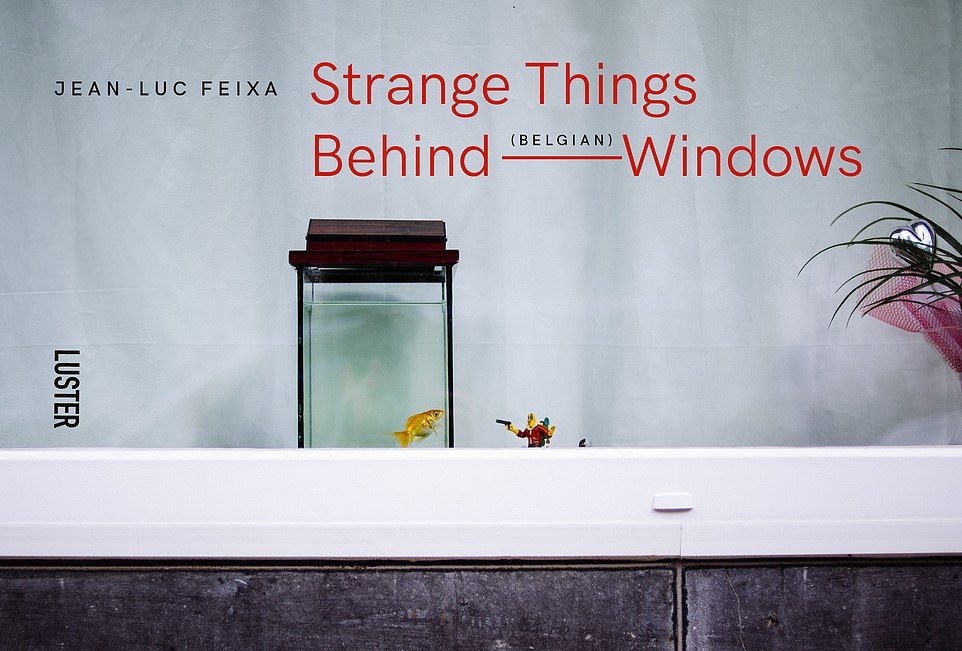 Strange Things Behind Belgian Windows by Luster is out now, priced at €17.50