The staggering number equates to every NHS nurse in England taking an average of two days off as a result of stress, anxiety or depression.

The staggering number of nurses taking days off sick due to stress last year equates to every NHS nurse in England taking an average of two days off as a result of stress, anxiety or depression. (Stock image)

Stephanie Aiken, deputy director of nursing at the Royal College of Nursing (RCN), said many of her colleagues were exhausted by relentless strain.

‘It is a sad reflection of chronic nursing shortages across the country that nurses are becoming overwhelmed, stressed and burnt out,’ she said.

‘As demand for NHS services increases, nurses find themselves fearful of being blamed for errors.

‘This is physically and emotionally exhausting, while the resources which could address workforce shortages are lacking. The effect on health can be significant.’

About 300,000 nurses work in the English NHS and the RCN estimates there is currently a 42,000 shortfall.

This number is forecast to rise to 48,000 within five years.

Ms Aiken said the chronic shortfall had to be addressed in order to ‘truly put the issue of nurse mental health and wellbeing at the centre of the health service’.

She added: ‘Patients would ultimately benefit from higher staff morale, and reduced staff turnover and absences.’

Ms Aiken said the NHS figures might actually mask the true scale of the problem because many nurses ‘feel such a duty to their patients they will often still report for work when they’re unwell’.

Earlier this year, a survey by Nursing Standard magazine found 43 per cent of respondents felt under so much strain from working in the health service that they wanted to quit.

The same proportion said they felt stressed at work ‘most of the time’.

One nurse said: ‘I will retire as soon as I can and work in Tesco.’ 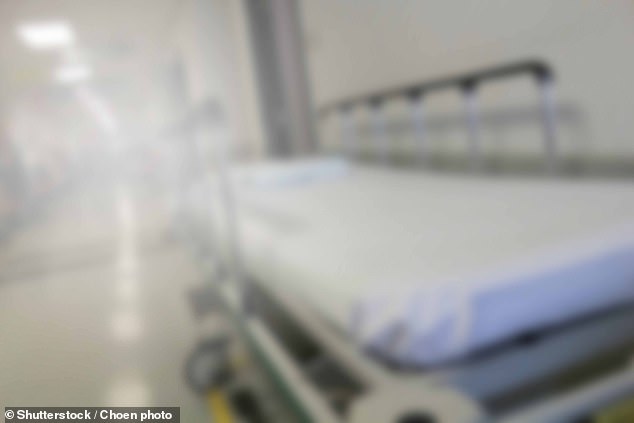 ‘Something has to change because we are not only making NHS staff sick under the pressure, but patient safety is also seriously at risk.

‘Ministers need to give us a clear and credible plan to deliver the extra staff our NHS now clearly needs.’

A Department of Health and Social Care spokesman last night said that it was working to increase the number of nurses on wards. She said: ‘The NHS runs on the dedication of our wonderful nurses.

‘We are increasing the starting salary of a nurse by £2,000 and workforce planning will be a part of the NHS Long-Term Plan – helping us to recruit and retain nurses for the future.

‘There are 11,400 more nurses on our wards since 2010, 52,000 currently in NHS training and we have made more funding available to increase university training places.’