Strictly civil war with divorce, flirtations and blazing pay rows behind the scenes

Usually there’s a hefty slice of controversy, not to mention a colourful dose of backstage scandal. But it’s spangles at dawn on this year’s Strictly Come Dancing — and all before the couples have even taken to the floor.

With professional dancers Kevin and Karen Clifton set to divorce — an unwelcome first for the family-friendly show — sources say their travails have added a toxic dimension to the usual rivalries, egos and irritations.

With the pair being kept apart as far as possible backstage, and engaged in a custody tussle over their dog, matters are awkward to say the least.

Kevin — one of the show’s biggest stars — is said to be planning to quit after this series and is launching himself as a musical theatre star in January in the UK tour of Rock Of Ages.

The supposed attraction between former boy band star Lee Ryan and his sexy Ukrainian-born dancer Nadiya Bychkova is also causing hackles to rise, as is the disproportionate popularity of YouTube star Joe Sugg, and the fierce ambition of Pussycat Doll Ashley Roberts, to name a few.

So what’s behind Strictly’s simmering tensions? And, as the show starts tonight, how do the 15 couples measure up? ALISON BOSHOFF reports . . .

Charles Venn and Karen Clifton, who is set to divorce from husband Kevin in a first for the show

A CUSTODY BATTLE OVER BETTY THE DOG

Karen and Kevin Clifton officially split in March. It was a third marriage for Kevin, 35. Venezuelan Karen, 36, a World Mambo champion, had apparently had a fling with accountant Stuart Wood.

Before that, the marriage had been rocky with tales of backstage frostiness.

Kevin even apologised to her last November for having been ‘hard to live with’ when he was eliminated from the show with comic Susan Calman.

Despite the split, the couple went ahead with a two-month touring show over the summer.

The strain was evident, with Karen bursting into tears after a performance in Canterbury in June.

Both were asked back to Strictly, though BBC bosses had considered axing Karen, who has been less successful than her estranged husband. 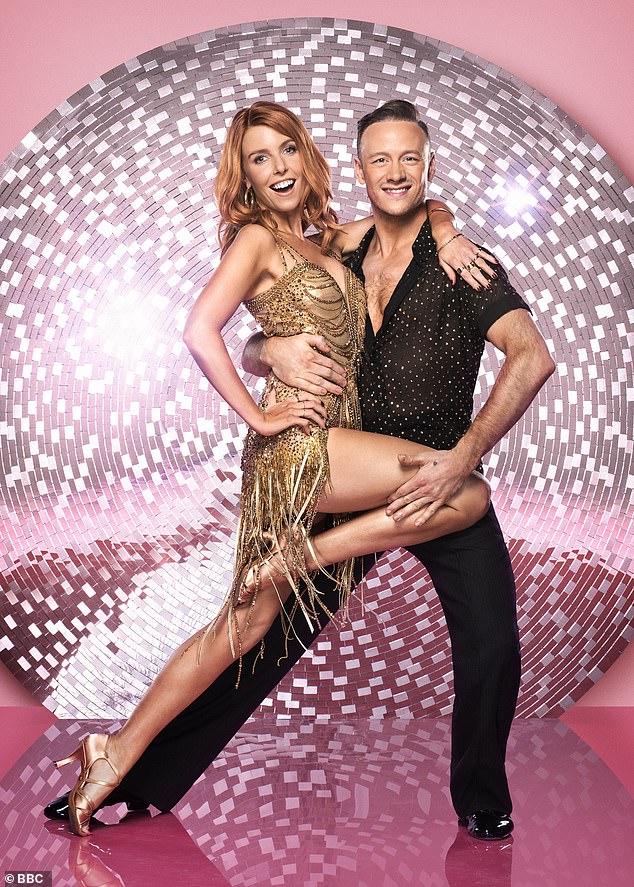 Facing the music: Stacey Dooley and Kevin Clifton, who is said to be divorcing wife Karen

Kevin, 35, has moved out of the former marital home in South-West London, while Karen has hung on to their rescue dog Betty, which is said to be causing some conflict.

Kevin apparently requested not to be paired with Karen in the group dances, but was asked to dance with her in the launch show.

A source said: ‘The war of the Cliftons is still raging, they totally blank each other backstage.

‘Karen is now being terribly nice to all the crew, far more so than she was before. The theory seems to be that she would like to get back together with Kevin, but there is no chance at all on that, he’s done.’

In an Instagram post, she wrote: ‘This tour has been an amazing journey for Kevin and myself.

‘Physically and emotionally. @keviclifton we did it and I’m so proud of us. Thank you for always giving it everything and being the kick-ass, super talented performer and beautiful human being that you are.’

Kevin has just announced plans for another tour — and has dropped her from the show.

‘SHOWMANCE’ WITH A BOYBAND BAD LAD

Before the launch show, Lee Ryan declared he thought ‘amazing’ professional dancer Nadiya Bychkova would be his dream partner.

They were then paired together, and reports have surfaced that suggest the former Blue singer, 35, is ‘besotted’ with her.

A source said: ‘The whole “showmance” between Lee and Nadiya has everyone rolling their eyes.

The theory believed by people on the show is that his team set up those pictures and that Nadiya will be furious if that this is the case, because it is embarrassing for her. 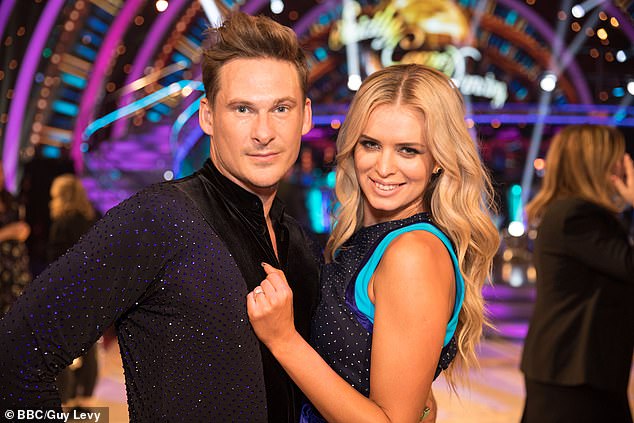 ‘Perhaps the theory is that if they can sell a romance angle, as happened before with Jay McGuiness, who seemed to be in love with Aliona Vilani, then it will get the public vote.’

With a chequered love life, Ryan has two children — Bluebell with former girlfriend Jessica Keevil, and Rayn with Ms Miller.

Ms Miller was distinctly unimpressed during Celebrity Big Brother in 2014 when Lee dallied with glamour model Casey Batchelor and American actress Jasmine Waltz on screen. She said Lee put her through seven years of hell, cheating on her and going into drunken rages.

Ms Waltz, who dated him briefly after the show, said later: ‘Everything about his life is bad.’ She added that he was ‘delusional’ and a ‘damaged soul with no money or career’.

Every season comes under fire for hiring celebrities whose dance experience is anything but amateur. And this year’s cast is no exception.

Both Faye Tozer, formerly of the pop band Steps, and ex-Pussycat Doll, Ashley Roberts, have a wealth of dance training and experience.

One showbiz website has even run a poll inviting readers to vote as to whether they would feel ‘cheated’ if trained dancer Ashley, 36, won.

The Pussycat Dolls was formed as a burlesque dance troupe and Ashley has previously been a judge on ITV’s Dancing On Ice. 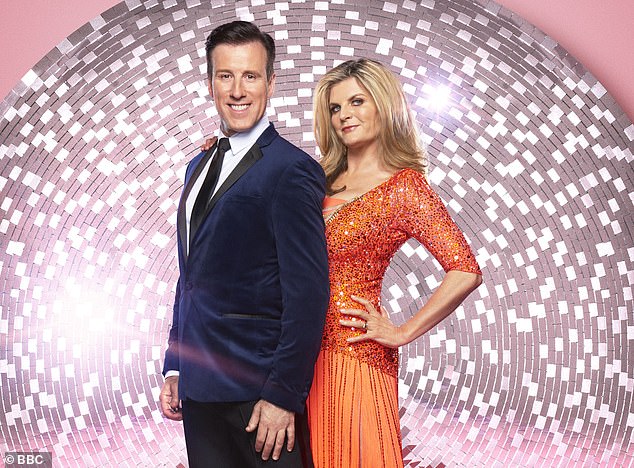 Meanwhile, Faye Tozer, 42, was one of 5,000 applicants to respond to an advert in the celebrity newspaper The Stage searching for a line-dancing pop group. It was called Steps.

After leaving Steps she has had a career in musical theatre, appearing in West End shows including Singin’ In The Rain and Over The Rainbow.

She said of Strictly: ‘It’s an entertainment show. It doesn’t matter if you can dance or you can’t, the audience will want to see you on their television or not.’

To say the ladies are engaged in fierce competition is an understatement. One source said: ‘Ashley would sell her grandmother to lift the glitter ball.’

WILL BRUNO BE BIASED?

Although sadly there’s no more Brucie to declare: ‘You’re my favourite’, the judges are not above having soft spots.

Last year, newly appointed head judge Shirley Ballas couldn’t hide her admiration for Debbie McGee possibly because, in the 58-year-old contestant, she recognised a kindred spirit. But the connections on this year’s show may go even deeper. 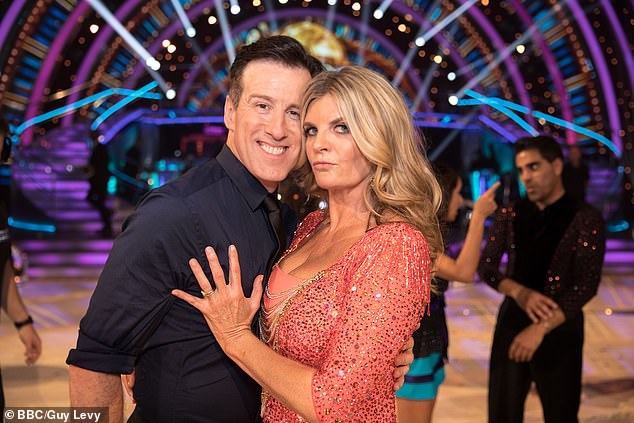 Actor Danny John-Jules as well as Faye Tozer, former Steps member and ex-Pussycat Doll, Ashley Roberts, all have a wealth of dance training and experience

John-Jules, who was part of the first cast of Starlight Express, said: ‘From the late Seventies, Bruno and I used to go to the Dance Centre together. I have known Bruno for over 35 years.’

As well as appearing in West End musicals Starlight Express, Soul Train and Barnum, he has danced in videos with acts including Wham!, Lena Zavaroni and The Muppets.

The actor, most famous for his roles in TV shows Red Dwarf and Death In Paradise, played down his footwork, saying: ‘I’ve got a bit of dance experience. I was a disco dancer, I was a soul boy. I’ve never done the dances that I’m about to do on Strictly.’

He is training so hard he’s had to bandage his toes up. ‘Mother Nature’s having a bit of a dig at me,’ he said. Hopefully Bruno will turn a blind eye.

Wholesome YouTube star Joe Sugg seems like the kind of boy your granny would love, but is creating fear and loathing among the other couples on account of his enormous popularity.

Some celebrities are gloomily convinced that he is ‘bound to win’ even though, as seen on the launch show, he’s not much of a dancer.

He has 8.2 million YouTube subscribers and 5.7 million Instagram followers — a sizeable fan base for which he can partly thank his older, and more famous, sister, the lifestyle blogger Zoella

Her social media musings and merchandise have given her a net worth of £2.5million.