Strictly Come Dancing will operate with a socially-distanced live studio audience when the series kicks off next month.

The BBC One show confirmed it will return with an eighteenth consecutive series in September, and has since outlined the safety measures put in place to ensure it continues to be aired in front of its traditional live studio audience.

Producers have revealed that family bubbles of four will be allowed to watch the show while it is filmed at Hertfordshire’s Elstree Studios, while face masks and social distancing will be compulsory for all members of the public.

Alleviating logistical concerns regarding the production of the show, a tweet posted on Monday read: ‘To make the most if limited space we’ll have in the studio this year because of our social distancing measures, for the first time ever tickets will be allocated to groups of four, allowing you to come along as a family bubble / household group.

While the show attempts to move on following the coronavirus pandemic, it’s understood that its annual Blackpool special – a favourite among fans – will not go ahead for the first time in its history. 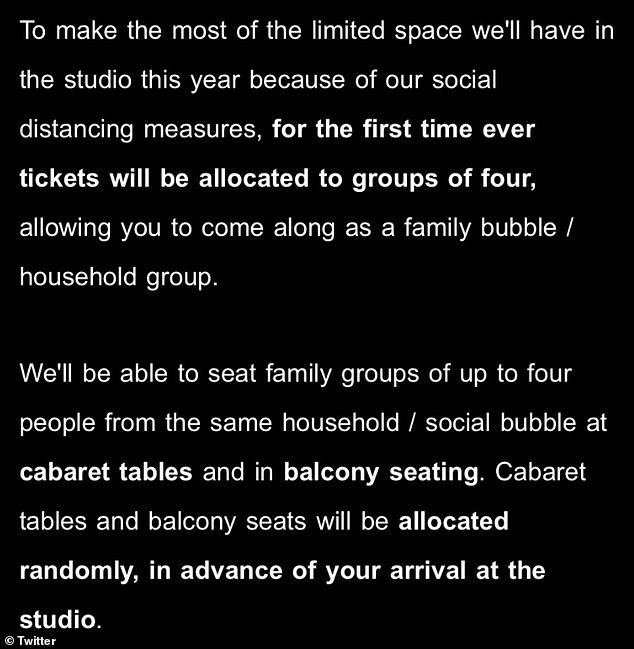 Green light: Producers have revealed that family bubbles of four will be allowed to watch the show while it is filmed at Hertfordshire’s Elstree Studios

A BBC spokesperson told MailOnline that the series will not ‘physically’ travel to the famous Tower Ballroom this November, but promised to celebrate the ‘iconic’ venue from the studio.

In a statement they said; ‘Blackpool is a milestone moment in every series of Strictly that our audience, our celebs and professional dancers look forward to.

‘Whilst we’ll be unable to physically go to Blackpool this series, we’ll still be celebrating this iconic venue and bringing it to life from our studio in Elstree.’ 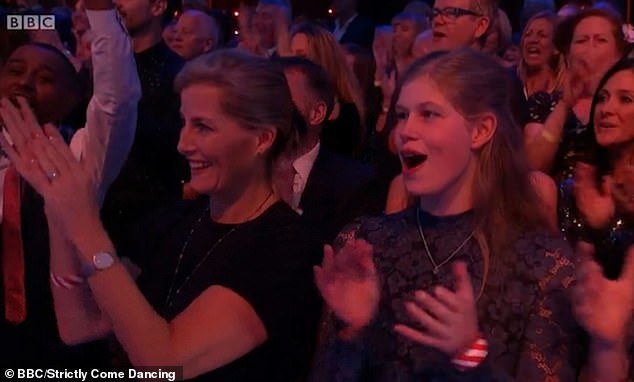 Old times: Members of the public used to cram in alongside the contestants’ friends and family members, but new measures mean the audience seating will be replaced by cabaret tables and balcony seating

Strictly usually travels to Blackpool for one weekend towards the middle of the series in November, with the remaining celebrity couples getting the chance to perform in the legendary Tower Ballroom.

However the set was recently evacuated and given a ‘deep clean’ after a crew member tested positive for COVID-19. 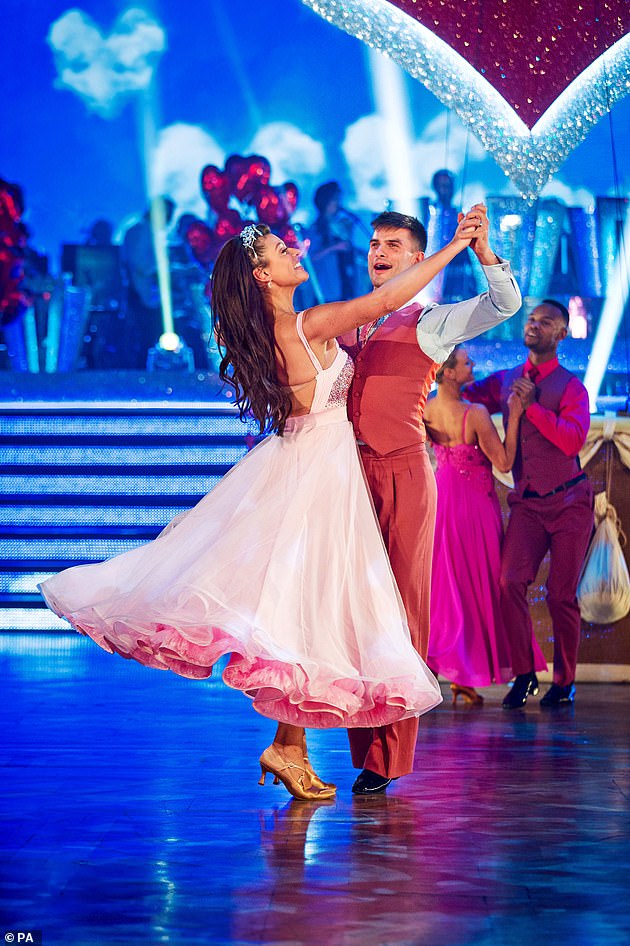 Cancelled:  While the show attempts to move on following the coronavirus pandemic, it’s understood that its annual Blackpool special will not go ahead for the first time in its history

A source later told MailOnline: ‘The crew member is no longer on the production and has had a negative NHS test result.

Home Secretary Jacqui Smith and YouTube star HRVY were confirmed as the final contestants for this year’s Strictly last week.