The internet personality – real name Harvey Cantwell – is said to have contracted the virus, despite being asymptomatic, and has been sent into isolation.

He will have to remain there until October 8, according to sources, which is just four days before the celebrities are partnered up with their pro dancers.

If he is not well, he will be axed from the competition.

‘This is the last thing Strictly wanted,’ a source told The Sun. ‘They’ve been jumping through hoops since day one to make sure everything is done safely and with as minimal risk to the cast and crew as possible.

‘But with just ten days until the celebrities are introduced to their partners, this is the worst-case scenario.

Earlier this week, the hit BBC One dance show was said to be in a crisis following the news with ‘everyone told to leave’ and the set given a ‘deep clean’.

A source told The Sun: ‘Nothing is being left to chance after this positive test. A lot of money has been spent on ensuring everyone on the show has access to testing.

‘If required, those taking part could even undergo daily checks to make sure they remain virus free.

‘The key thing for producers is knowing that if a case emerges that they can react to it to make sure it doesn’t become a massive crisis.’

It comes after the hit BBC One dance show was reportedly left in a crisis earlier this week after a former crew member tested positive for coronavirus just days before recording the new series.

As a result ‘everyone was told to leave,’ according to a source, who also claimed that the set was given a powerful deep clean as show bosses await the results of a third medical test on the lighting expert. 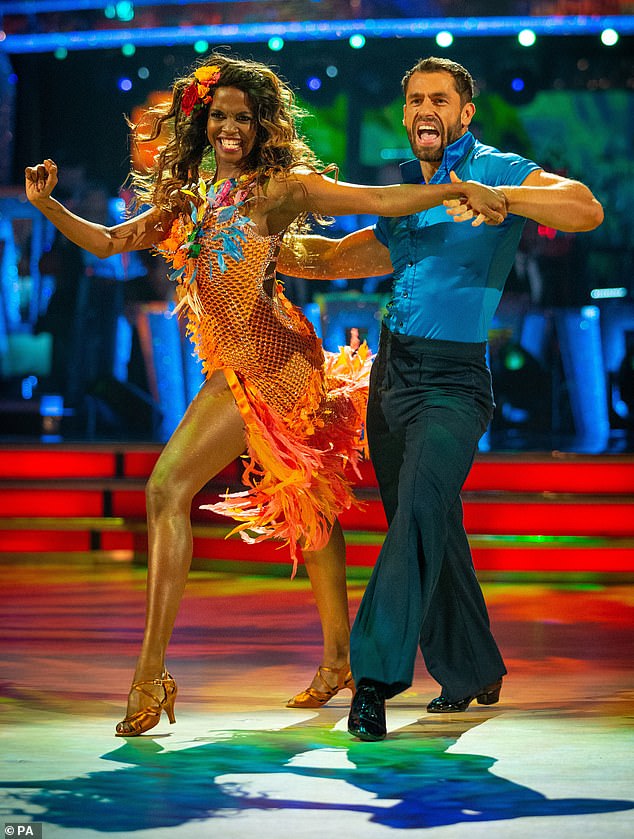 Better safe than sorry! And now it has been claimed that stars could undergo daily checks in a bid to keep everyone ‘virus free’ with ‘nothing left to chance’ (Oti Mabuse and Kelvin Fletcher pictured in 2019)

The Sun claimed that a lighting expert spent a week working on the dance contest’s set. 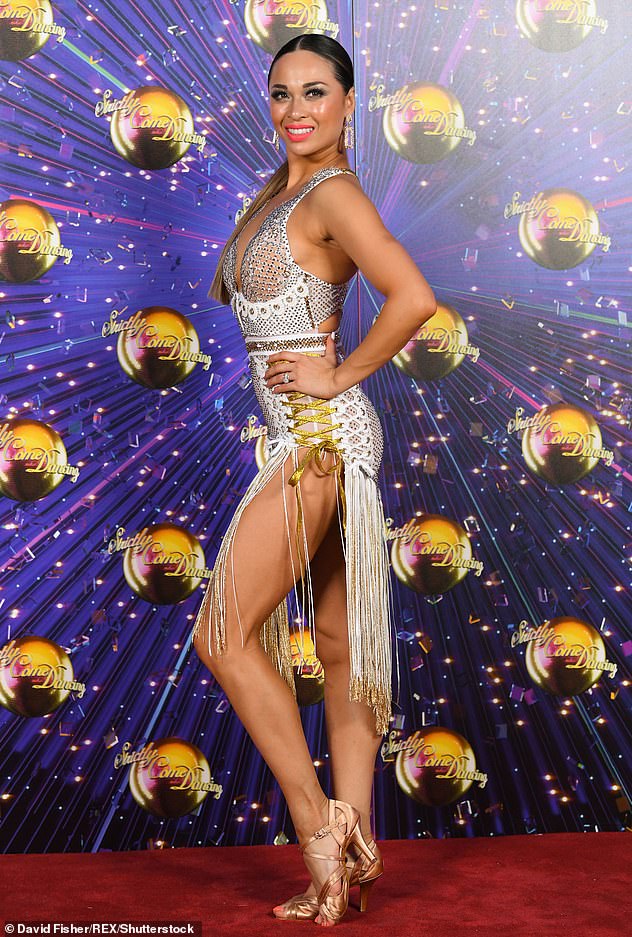 New rules: The Sun has also claimed that bosses have a list of ‘stand-by’ celebrities for the show in case a star falls ill with relatives likely banned from rehearsals and no live studio audience allowed (Katya Jones pictured in 2019)

A source told The Sun that the crew member would have been in close contact with ‘dozens of others’ on the set of Strictly. 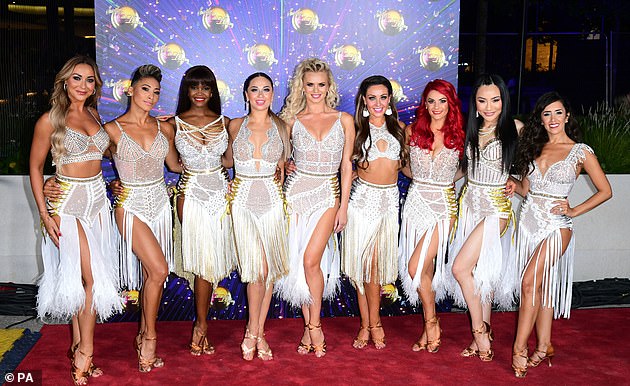 Uh oh: It comes after the hit BBC One dance show was reportedly left in a crisis earlier this week after a former crew member tested positive for coronavirus just days before recording the new series (some of the professional dancers pictured in 2019)