Strictly Flamenco in Jerez: A week of lessons here and you’ll be dancing like a local

One, two, three, four — tap your toe, stamp. Sounds easy enough doesn’t it? Well, you also have to make graceful, artistic arm movements while your heels drill into the floor.

This is our first flamenco lesson in the Barrio de San Miguel in Jerez, where flamenco is part of the fabric of everyday life.

My partner Deri is doing most of the dancing while I learn to clap in time. This corner of the world has turned clapping and finger-snapping into an art form — and it’s no easy task.

Dancing in the streets: Jerez is small but full of wonders – and there are sherry bodegas to visit

Our teacher is Carlos Carbonell, almost unacceptably handsome and lithe. More important, he is endlessly patient.

He has just a week (two hours a day) to teach us the traditional Jerez dance, the buleria. Ed Balls’s Strictly dance partner would sympathise.

On our first day, we leave Hotel Villa Jerez — near the Royal School of Equitation, Jerez’s world famous riding academy — and head through the old town, past the white-washed bodegas and the sherry cellars towards the barrio of San Miguel. 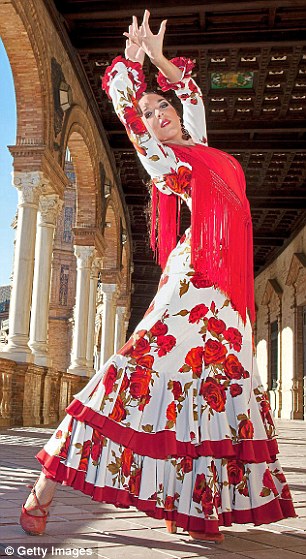 The local dance is the flamboyant buleria

Later, we visit the Tio Pepe bodega. It has barrels signed by Mrs Thatcher and Picasso, who both toured the premises.

Our guide tells us Jerez produces not just sherry, but brandy, wine and vinegar. ‘Our vinegar is probably better than most wines elsewhere in Europe,’ he boasts.

We trundle through old walls and into medieval lanes lined with turrets, Arabic baths, former mosques and cathedrals. Jerez sometimes seems too small to contain all its clamorous history — but it’s a wonderful destination.

These streets have witnessed the likes of Christopher Columbus. One of the crew of his ship, the Santa Maria, was a local called Rodrigo de Jerez, who has an extraordinary claim to fame — as the first European smoker.

The district of San Miguel goes back to the 15th century.

Our destination, El Chiqui dance school, is beside the beautiful baroque 17th-century church Capilla de la Yedra, where the statue of Jesus is overshadowed by a much larger statue of a flamenco dancer, Francisca Mendez Garrido.

With some trepidation, we head into the studio. Carlos is friendly and welcoming.

We are to learn a buleria, the joyful flamenco dance native to Jerez. Flamenco has its fair share of loss and tragedy, but here in Jerez the form is fast-paced, raucous and raunchy.

The origins of flamenco remain obscure, but the widely accepted explanation is that, as the Christians moved in, the gypsies, Jews, Muslims and other assorted outcasts scarpered to the mountains. 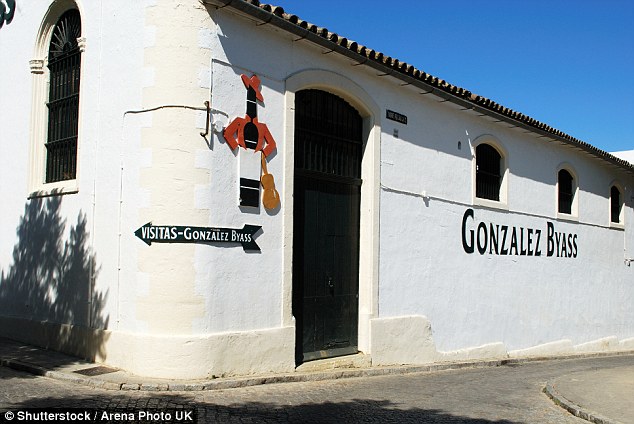 Old pals: At the Tio Pepe bodega, there are barrels signed by Mrs Thatcher and Picasso

Here in the furnace heat of Andalucia, their cultures merged and from this happy coalition came flamenco: singing, dancing, guitar playing, staccato clapping and finger-snapping.

Most nights, after lessons, we do our homework in a flamenco bar, or tabanco, where the seats go right up to the stage, the walls plastered with photos of former flamenco superstars, the performers feet away, the wine and sherry flowing freely.

Our favourite flamenco bar is Las Cuadras, in the Plaza de Asuncion. There are no tourists. Members of the audience take it in turns to sing, play guitar or dance on the stone-flagged floor of the courtyard.

We come here on our last evening. It’s judgment time. We click, stamp and tap. There’s no pretence that we are seasoned practioners, but when we finish, there’s a hearty round of applause. I call that a result.

Travel Facts: Plan your own weekend in Jerez