The 30-year-old dancer, who this year has been teamed with JJ Chalmers, has opened up about her illness in BBC film Strictly Amy: Crohn’s And Me.

She said: ‘Strictly has been more than a dance show to me, it got me through the darkest times of my illness. For me it was a big inspiration to keep me dancing.

‘Dancing has pulled me through my Crohn’s but it’s a battle. I live in fear that what I love the most could be taken away. And I’ve been more ill this year than I have been in a long time.’

The Welsh beauty, who made it to the Strictly final last year with Karim Zeroual, went into detail about her living with the long-term condition, which causes inflammation of the lining of the digestive system.

She filmed her hospitalisation with the illness this spring, which occurred at the height of the COVID-19 lockdown and came months before the new Strictly series. 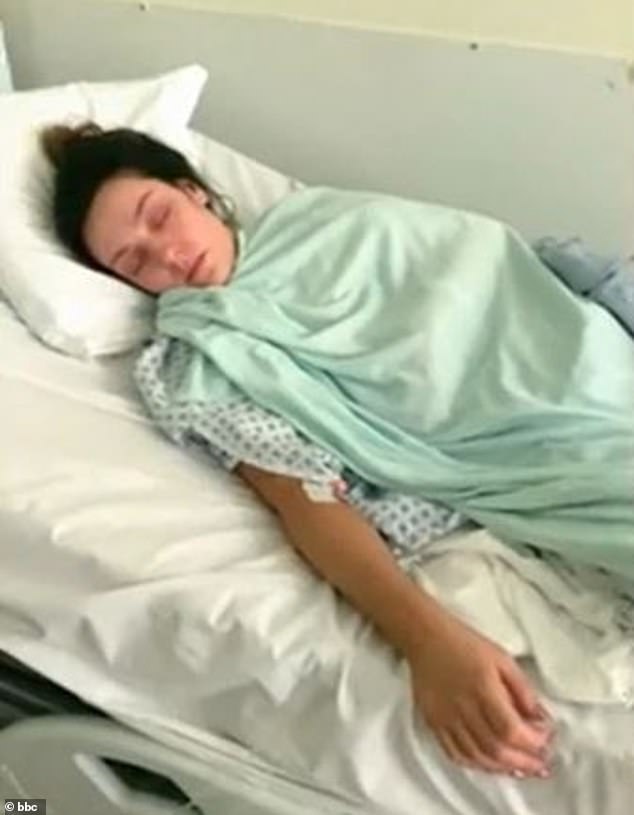 Battle: The 30-year-old dancer as opened up about her illness in BBC documentary Strictly Amy: Crohn’s And Me, in which she shares an open and honest account of her battle

In heartbreaking scenes, she is seen vomiting and passing out after finishing up work on the most recent Strictly tour; she was subsequently rushed to hospital.

Amy – who was first experienced symptoms at 11, eight years before she was diagnosed at the age of 19 – said that it showed the stark contrast between her glamorous TV appearances and her real life.

She said: ‘To the public watching me with all our make-up, fake tan, glitz, glamour and spotlights, it’s a different world. I don’t think they could ever imagine this could be me the next day.

‘I knew things weren’t right but your body goes: “Right you’ve got to get through this, you don’t want to let anyone down, you can do this.” And you can just push yourself through anything.’ 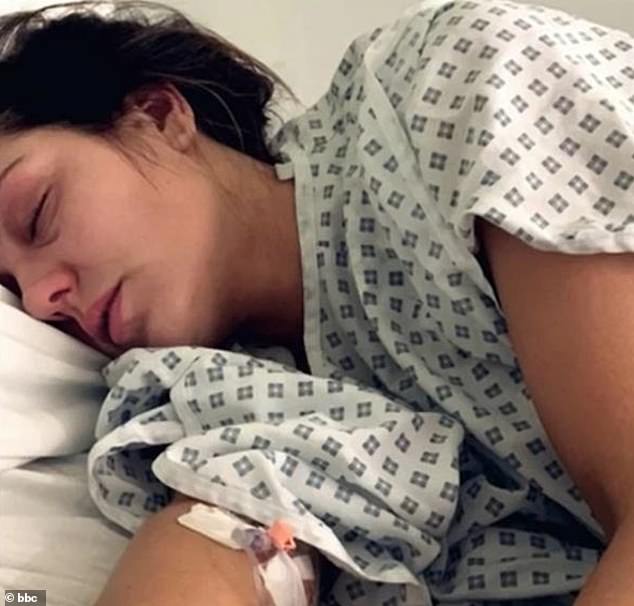 Gruelling: She filmed her hospitalisation with the illness this spring, which occurred at the height of the COVID-19 lockdown and came months before the new Strictly series

The teary star added: ‘All the time I spent in hospital when I was younger, it was like my second home. I associate it with pain. I don’t have any happy memories.

‘I remember begging doctors to cut me open to take my stomach out. I used to be in so much pain, it used to make me pass out. It was just like a knife stabbing me.

‘I got to one night and I think it was three or four o’clock in the morning, I was just covered in sick. I’d had enough. I rang my parents and said: “I’m going.” I said to them “I can’t do this anymore.” I was just in so much pain. 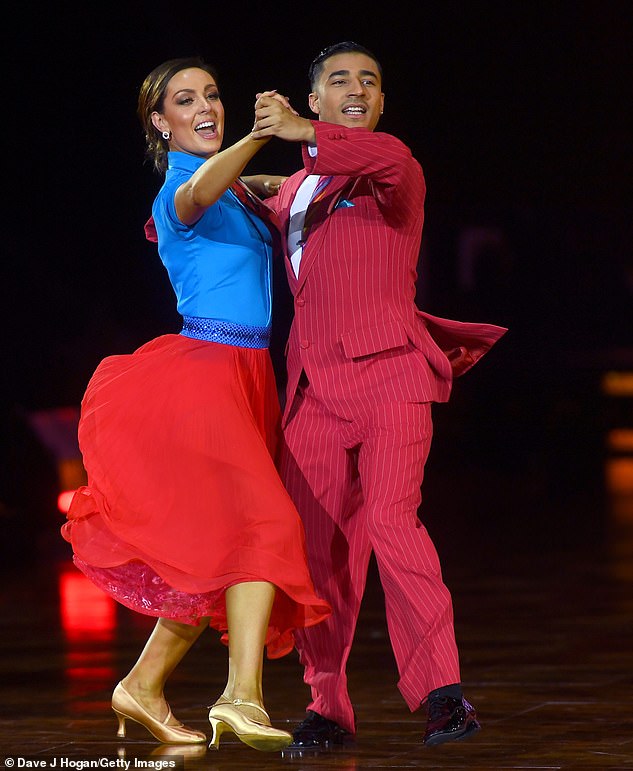 Tour: Amy pictured with her 2019 dance partner Karim Zeroual, was hospitalised after the most recent Strictly tour, which ran at the start of the year

“I said, “I’m done, I can’t fight this anymore,” and my parents were at the hospital half an hour later.’

Amy, who joined Strictly in 2017, admitted that she celebrated once she was finally diagnosed with the disease, as it meant that she could seek the correct treatment.

After landing a coveted gig as a dancer on Strictly, one of the first of her colleagues Amy confided in was Oti Mabuse.

She said: ‘On my first season I shared an apartment with Oti – and I opened my bathroom cabinet to get toothpaste and she gasped and said, “What is all this?”

‘All my meds were there. I can remember sitting on the bed and telling her and she got really emotional.’ 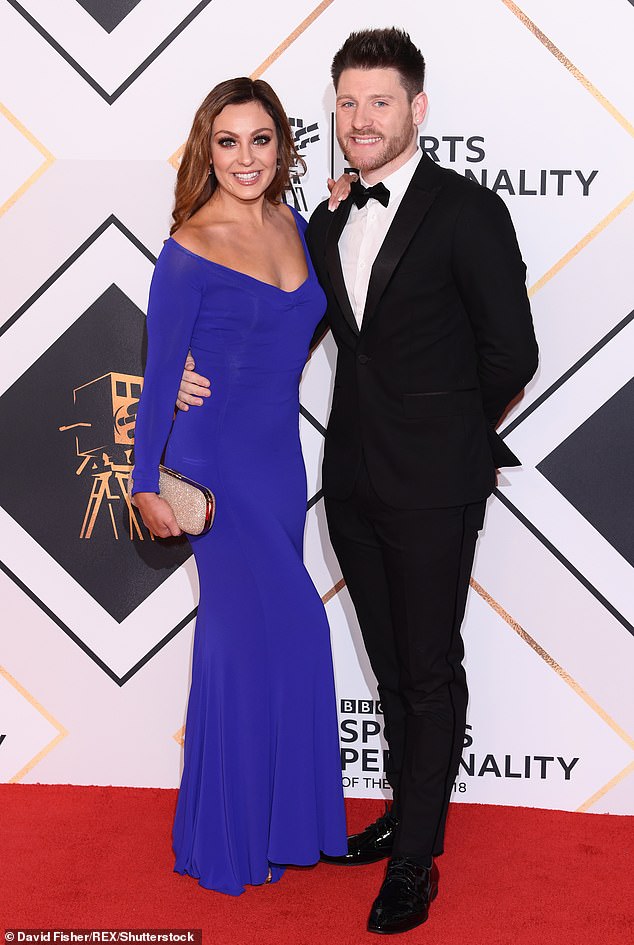 Plans: Her Crohn’s flair up, as well as the COVID-19 lockdown, scuppered her plans to tie the knot with her fiancé and professional dance partner Ben Jones. Pictured together in 2018

She has since received much support from the show’s head judge Shirley Ballas, who empathised with her woes as she has a niece living with Crohn’s.

Shirley said during the documentary: ‘It’s heartbreaking to sit on this side of the fence and see how it’s affected these two beautiful young ladies.’

Fellow Strictly dancer Dianne Buswell added: ‘She can still be at the top of her game even while having Crohn’s. I think it’s a massive point that she proves.’

Meanwhile, Katya Jones admitted that none of her fellow dancers were initially aware of Amy’s battle, explaining: ‘Nobody on the competition circuit knew that she had anything wrong with her.

What is Crohn’s disease?

Crohn’s disease is a long-term condition that causes inflammation of the lining of the digestive system.

Inflammation most commonly occurs in the last section of the small or large intestine but it can affect any part of the digestive system.

Common symptoms can include:

Remission occurs when people with the disease go long periods of time without symptoms however these periods can be followed by flare ups of symptoms.

The exact cause of Crohn’s disease is unknown. However, research suggests a combination of factors may be responsible. These include:

environmental factors – Crohn’s disease is most common in westernised countries such as the UK, and least common in poorer parts of the world such as Africa, which suggests the environment has a part to play

‘I think Amy doesn’t take any time for granted because you don’t want to miss the big championships that you’ve been getting ready for years for.’

Away from the show, Amy has also enjoyed success with her fiancé Ben Jones, who is also her professional dance partner, having been crowned the British National Champions in Latin American Dance.

However, their plans to wed this year, as well as embark on a dance tour of the UK together, hit a major stumbling block with the advent of the COVID-19 lockdown and Amy’s hospitalisation with Crohn’s.

She said: ‘Over lockdown I had one of the worst flair ups I have ever experienced. For weeks I was in pain unable to eat, and drifting in and out of consciousness. 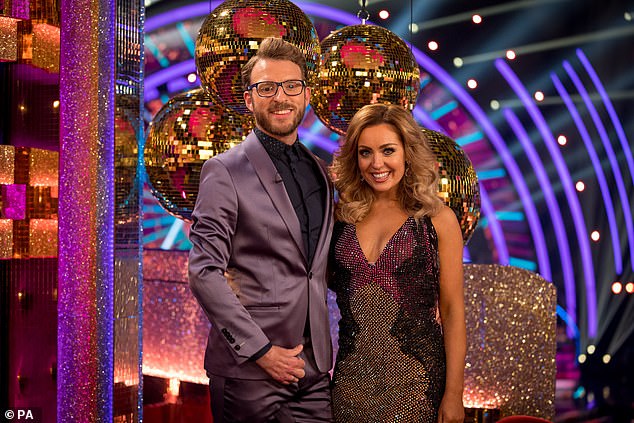 Partnership: Amy will be vying for the glitterball this year with new dance partner JJ Chalmers

‘I was stabilised with morphine and steroids. Slowly I started to get better. But it was June before I was back on my feet.’

Despite the setbacks she has endured, the star insisted that popular BBC ballroom show Strictly has proved to be her ‘saviour’ in recent years.

The star enthused: ‘Dance has definitely been my saviour. It’s got me through my lowest points. That’s what’s saved me and kept me going. And finally my childhood dreams became true.

‘I often stand there just before I dance and think: “Look how far I’ve come.” You can tell I’m always in my element. In fact people say, “Why do you smile so much?” Because I love it.’

For support with the disease contact Crohn’s and Colitis UK charity on 0300 222 5700 or visit www.crohnsandcolitis.org.uk 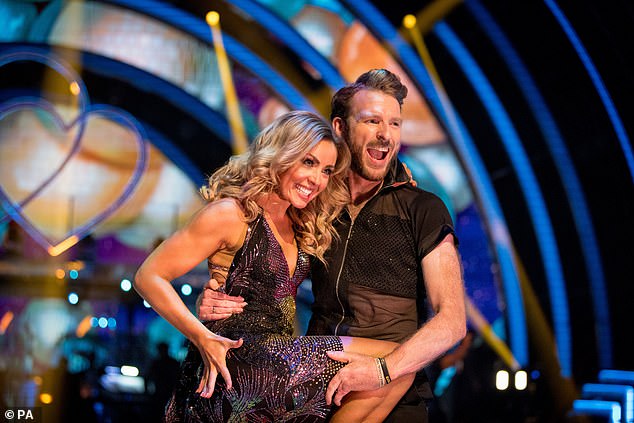 Saviour: Of her role on Strictly, Amy said, ‘Dance has definitely been my saviour. It’s got me through my lowest points. That’s what’s saved me and kept me going’