Clara Amfo has admitted she’s ‘gutted’ by the news there will be no studio audience for Strictly Coming Dancing on Saturday.

The BBC confirmed they will no longer have selected NHS workers and the contestants’ family and friends watching the competition from this weekend following the new lockdown measures.

Clara, 36, who is partnered with Alijaz Skorjanec, admitted she was sad her loved ones couldn’t cheer her on for movie week, as her pal Nick Grimshaw was set to watch her from the audience.

Upset: Clara Amfo has admitted she’s ‘gutted’ by the news there will be no studio audience for Strictly Coming Dancing on Saturday

She said on Radio 1: ‘I won’t lie, we were all a little bit gutted. Having your friends and family to cheer you on really adds to the experience, but I think the main thing is that the show itself is still on.

‘That’s what we’re all extremely happy about – the show brings so much joy to so many people, particularly this year, I think we’ve needed it more than ever – I know that’s the reason why I said yes, please let me just dance it out. The escapism.

‘I’m obviously gutted. Nick Grimshaw, who I love and is one of my bestest pals, he was supposed to come this weekend with his boyfriend – and I knew they were really excited. 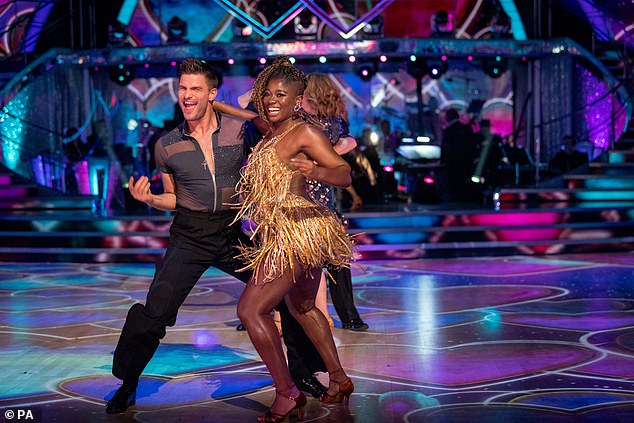 Gutted: Clara, who is partnered with Alijaz Skorjanec, admitted she was sad her loved ones couldn’t cheer her on for movie week

‘But they’ll be watching and cheering from home like everybody else. The show is still on so I think that’s what we’re all super happy about.’

The BBC confirmed there would be no studio audience in the statement: ‘In light of the new lockdown measures which take effect in England from Thursday 5 November, we’re sad to announce that we won’t be able to have a live studio audience for ‘Strictly Come Dancing’ during November.

‘Ticket holders have been notified.’

Clara and Alijaz will perform the Tango to Lady Marmalade from Moulin Rouge for this week’s movie theme.

While producers and contestants are hopeful this will change when the lockdown is scheduled to lift on 2 December, fans have been warned they won’t receive their tickets until nearer the time. 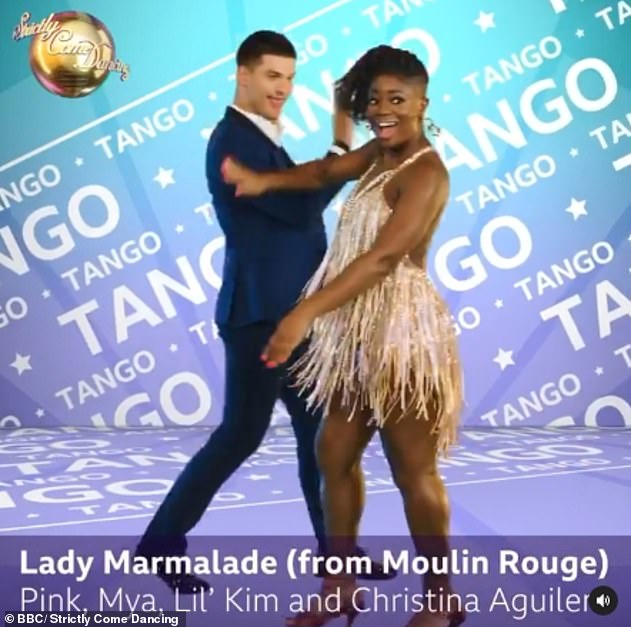 The statement continued: ‘No tickets will be sent out for December shows until we are sure it will be safe and compliant to welcome audiences back, so please keep checking back for updates. We will continue to follow government guidelines.

‘We understand how disappointing this will be, but we very much hope we will see some of you later in the series – and in the meantime you can continue to watch all the action from the comfort and safety of your sofa, live on Saturday nights, with extra backstage gossip every weekday evening on Strictly – It Takes Two.’

The new season of Strictly has gone ahead with a number of strict measures, including the celebrities forming bubbles with their dance partners, judges Craig Revel Horwood, Shirley Ballas and Motsi Mabuse sitting separately, and regular coronavirus testing.

The show has also been shortened to just nine weeks, with the annual Blackpool special axed this year. 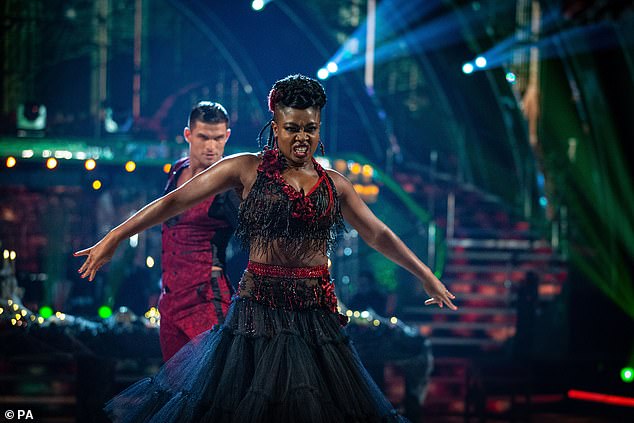 Shorter: The show has also been shortened to just nine weeks, with the annual Blackpool special axed this year