Fleur East got emotional during Saturday evening’s episode of Strictly Come Dancing, which marked the show’s return to the famous Blackpool Tower.

The former X Factor star, 35, dedicated her dance routine on the night to her late father Malcolm, who died in 2020, describing him as ‘my biggest fan’.

And it was certainly a performance to be proud of, as the star bagged the first full house of the series – receiving a perfect 10 from all judges.

‘Everything I’m doing, I’m doing for him’: Strictly’s Fleur East holds back tears as she dedicates her Blackpool Tower peformance to her late father… dubbing him her ‘biggest fan’

Talking in a piece to camera during the rehearsals before the live show, Fleur explained that Strictly was her dad’s favourite TV show.

‘It was his favourite show. When I was on The X Factor, it used to run the same time as Strictly and my dad used to be very annoyed that he had to miss the Strictly results because he was watching me on TV,’ she laughed.

She continued: ‘If my dad was here and he knew I was performing in Blackpool, he would burst with pride. He was my biggest fan. Everything I’m doing, I’m doing for him and to make him proud.’ 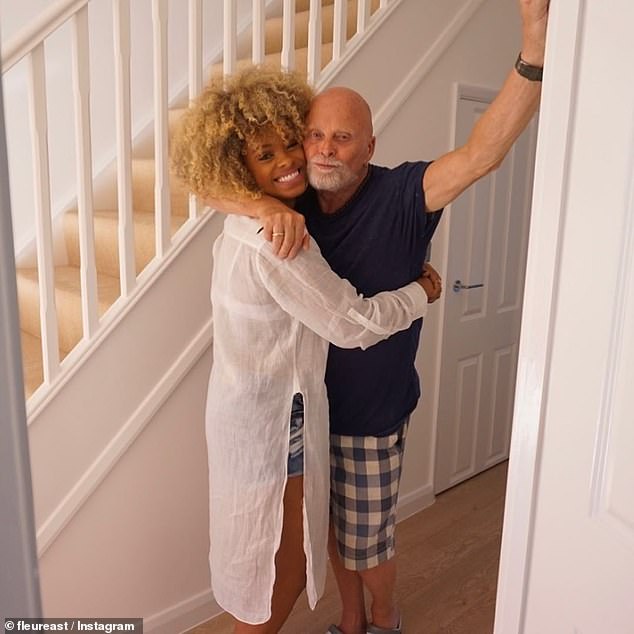 Emotional: The former X Factor star dedicated her dance routine on the night to her late father Malcolm, who died in 2020

And taking to the stage on the night, Fleur’s performance was nothing short of sensational as she stepped out clad in sequins for a performance to Destiny’s Child.

She and partner Vito Coppola were commended by the judges as they sent the Blackpool Tower crowd wild with the dance, before catapulting to the top of the leaderboard.

The dance received judge Craig Revel Horwood’s first 10 out of 10 marking of the season, resulting in a pefect 40 out of 40 points, which is also a first.

And Fleur was over the moon with the achievement, with partner Vito scooping her into his arms and over his shoulder following the news. 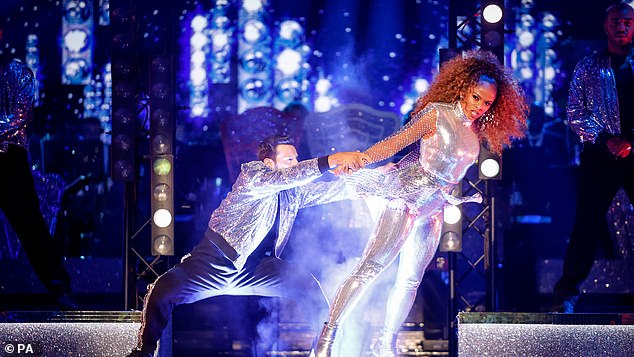 Glitz and glamour: And taking to the stage on the night, Fleur’s performance was nothing short of sensational as she stepped out clad in sequins for a performance to Destiny’s Child 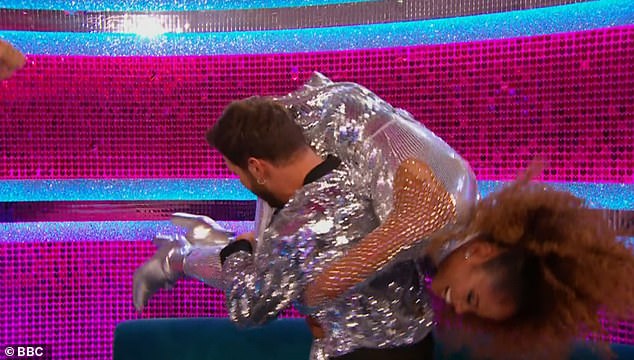 Success! The dance received judge Craig Revel Horwood’s first 10 out of 10 marking of the season, resulting in a pefect 40 out of 40 points – as Fleur was scooped in the air by joyous partner Vito Coppola upon learning the score

The singer has previously opened up on her heartache following her dad’s death, describing it as ‘the hardest thing she’s ever experienced’ earlier this month.

Speaking on her Hits Radio Breakfast Show this month, Fleur said: ‘In life there are so many challenges, so many things you have to face, and I’m going to be 100% honest here, losing my Dad in 2020 is the hardest thing I have ever experienced, emotionally, mentally, and there’s been such a hole in my life ever since he left.

‘The whole reason I’m doing this show is for him, so if to be in the dance off is part of my journey, if that’s the challenge, there is going to be nothing harder than losing my father. So, I will pick myself up every time, remind myself why I’m there, keep fighting and come back stronger.’ 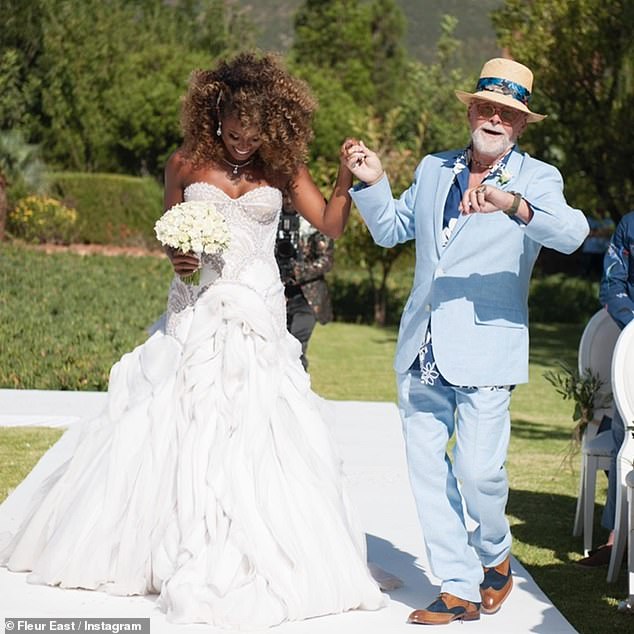 Bond: Fleur shared that ‘everything I do, I do for him’ when talking about her late father, Malcolm, and their close relationship

The star also cried after her second performance on the show while thinking about her beloved father.

Speaking the week following the show, she admitted her uncle thoughtfully wore her late father’s bracelet to the show, which left her ‘blubbering’.

She said: ‘All day I was trying to make sure I found the right emotion for this dance as I was really worried about going on there, being quite blank and empty and just doing the steps. I really wanted to commit to it’.

‘But just before we danced, I went to see my family who were sitting in the audience and my Uncle Sean lifted his arm to show me his wrist – and he was wearing my Dad’s bracelet’.

She continued: ‘He didn’t even say anything to me, just showed it to me and that set me off. It was just seconds before I performed and with everything else and just being nervous, I started crying, blubbering!’ 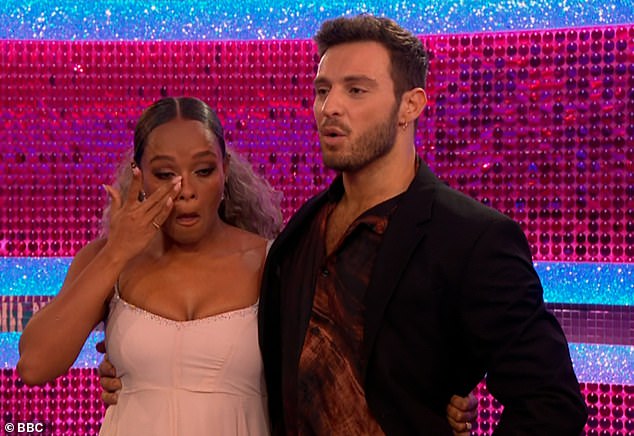 Emotion: The star also cried after her second performance on the show while thinking about her beloved father