‘I want her to be proud of me’: Strictly’s Jason Bell gushes over daughter Anaiya seeing him onscreen for the first time and says she is ‘really excited’ to watch him on the show

Jason Bell revealed his daughter Anaiya is ‘really excited’ to see him step out onto the Strictly Come Dancing ballroom on Saturday.

The former American Football player, 42, gushed to Nihal Arthanayake on BBC Radio 5 Live on Wednesday about his little one, who he shares with ex Nadine Coyle, as he claimed he just wanted ‘her to be proud’ of him.

Detailing his six-year-old daughter’s reaction to him being cast on the show, Jason said: ‘You know she is really excited. She has this way about her, and it’s totally her mother, she’s so cool.

‘I truly want her to be proud of me’: Strictly’s Jason Bell gushed over his daughter Anaiya seeing him onscreen for the first time in an interview on Wednesday

‘She’s impressed but you don’t see it, she doesn’t show it. You can’t see it on her face but then she’ll make comments sometimes.

‘When I take her to school I say “Are you ok with your daddy doing this?!”, “Are you alright?”, “Are you excited or are you happy?” and she’ll say: “Yes Daddy, I told you I was, I’m very excited, I’m very happy.” It’s just very cool, calm and collected.’

Jason went on: ‘You know she’s never seen me do anything on television. She knows I used to play football, we can talk about it but she never got a chance to see it so for me that’s just what is so important about this.

‘She finally gets a chance to see do something and that’s what I think about every day I’m practising and getting ready, it’s just like Anaíya’s watching. 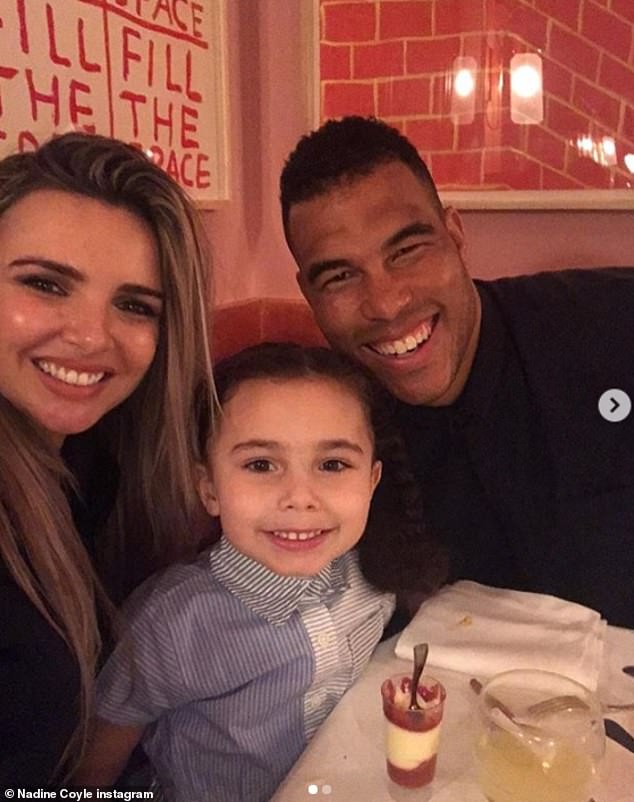 Proud daughter: Jason said that his six-year-old, who he shares with ex Nadine Coyle (L), is ‘really excited’ to watch him on the show

‘I truly want her just to be proud of me, you know I’m almost emotional just thinking about it. I just want her to think “you know what my daddy did something cool and he represented me well.”‘

Of whether he’s going to feel the pressure of her eyes on him during the show, Jason added: ‘It’s actually what gives me the ability to go out and perform because it’s a feeling of love.

It’s a feeling of everything is ok so while the pressure of being out there and knowing the whole entire country is watching, when I focus on her it becomes calming because that’s what she provides.

‘So that’s actually helping me go out there and just relax and be in the moment is just thinking about her.’ 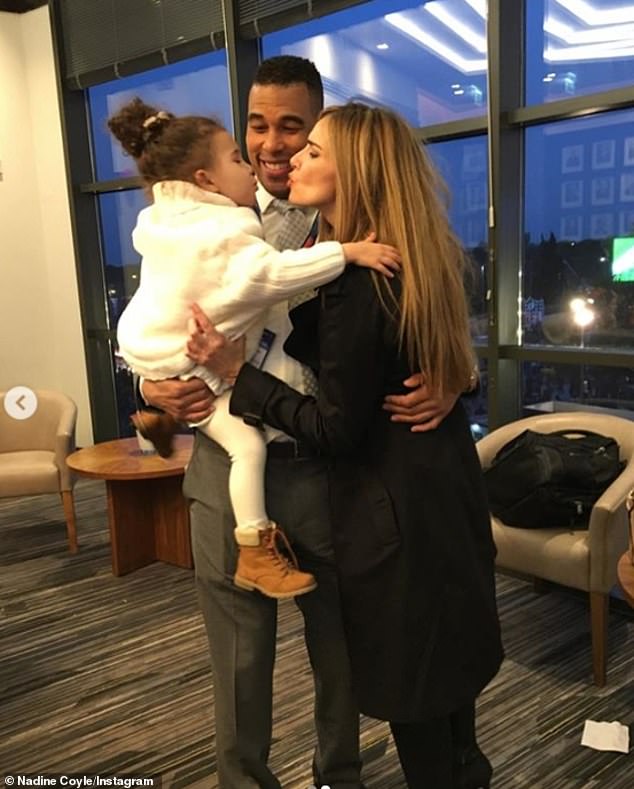 Doting: Jason gushed, ‘I truly want her just to be proud of me, you know I’m almost emotional just thinking about it. I just want her to think “you know what my daddy did something cool”‘

While he said of how things have been for her at school: ‘Yeah it’s going to school and seeing her little friends you know talking about her. “Hey you know, I’ve seen your daddy” and she doesn’t even pay it attention.

‘She doesn’t even hear it. I’m just very careful on what I represent because she’s watching. As she grows up I just always want her to think “you know my daddy did the right things and he was a good man.”‘

Earlier this month, Jason said he’s been getting tips from ex Nadine in preparation for the latest series of Strictly Come Dancing, he has has been paired with Russian ballroom pro Luba Mushtuk.

And he said he has been getting help from Girls Aloud star Nadine, due to her background in music and dance. 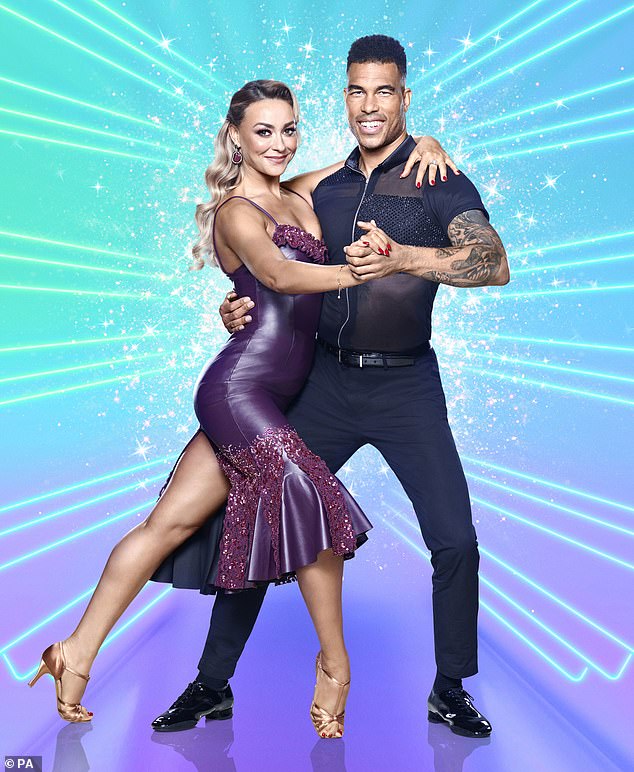 Partnership: The former American football player has been paired with Russian ballroom pro Luba Mushtuk ahead of his appearance on the long-prunning BBC talent show

Bell told Hello! magazine: ‘Nadine has always given me great advice in my life and now she’s giving me tips on how to prepare for a routine.

‘She’s an expert. Let’s just say there’s a lot of dancing in the kitchen going on.’

Bell added that he and Coyle, who he reportedly split from last year, still “spend a lot of time together”.

‘I love who Nadine is, she is a wonderful person and an unbelievable mother. Anaiya is so lucky,’ he said. 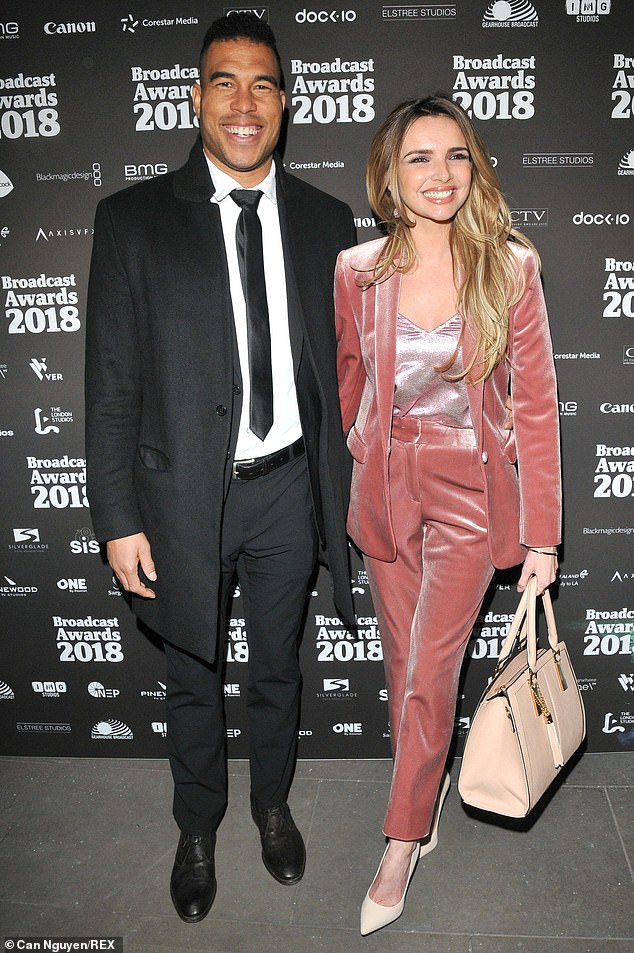 Supportive: Earlier this month, Jason said he’s been getting tips from ex Nadine (pictured in 2018) in preparation for the latest series of Strictly Come Dancing