A strong earthquake hit Mexico on Tuesday in the southern state of Oaxaca, almost three years after a tremor in the central state of Puebla killed more than 300 people.

The U.S. Geological Survey said the quake’s magnitude was 7.7, while Mexico’s seismological institute put its strength at 7.5, according to Mexico President Andrés Manuel López Obrador.

At least one person died in the Oaxaca city of Santa María Huatulco due to the collapse of a building. Another individual was also injured in a similar event. A fire at a state-owned oil refinery in Salina Cruze injured one person.

The National Oceanic and Atmospheric Administration issued a tsunami alert for Mexico, Guatemala, El Salvador and Honduras. The US Pacific Tsunami warning center said waves as high as 10 feet could hit anywhere within 600 miles of the quake’s epicenter.

Ecuador’s Oceanographic Institute of the Navy [INOCAR] issued a tsunami alert for residents living along the coast of the South American nation.

Mexican authorities confirmed an aftershocks at 11:32am that registered 5.2 on the Richter scale in Oaxaca.

Patients were led out of a clinic in Mexico City on Tuesday morning following a 7.5-magnitude earthquake that hit the southern state of Oaxaca 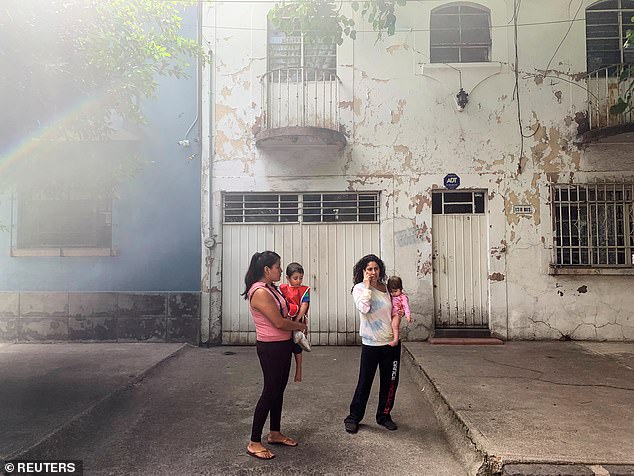 Residents in Mexico City stand outside their home after they evacuated as a precaution moments after a 7.5-magnitude tremor struck the southern state of Oaxaca 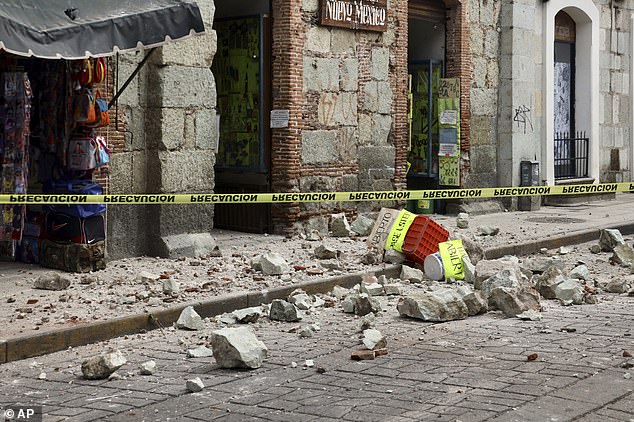 A building is cordoned off after it was damaged by Tuesday morning’s earthquake in Oaxaca, Mexico. At least one person was confirmed dead in the Oaxaca city of Santa María Huatulco 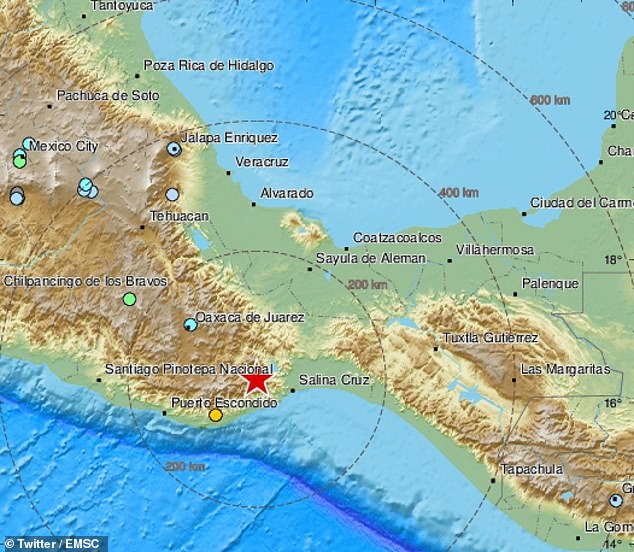 A 7.5 earthquake hit the southern Mexican state of Oaxaca on Tuesday at 10:29am. Authorities reported two more aftershocks that registered 5.2 and 4.2 on the Richter scale

López Obrador appeared on a local television station talking to a government official asking for an update on six states where the earthquake was felt.

Oaxaca governor Alejandro Murat issued a statement indicating there ‘are no damages. We are united. We are well.’

He asked residents to check their homes and to call 911 if they noticed any structural damages.

The earthquake, which hit at 10.29am local time, shook buildings in the center of the capital of Mexico City, hundreds of miles away and sending hundreds of people fleeing their homes into the streets. 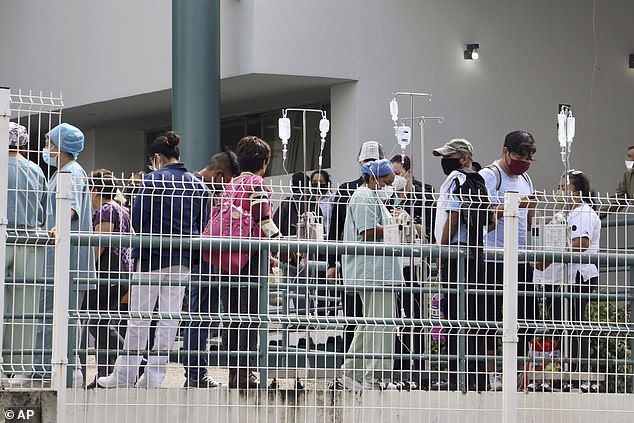 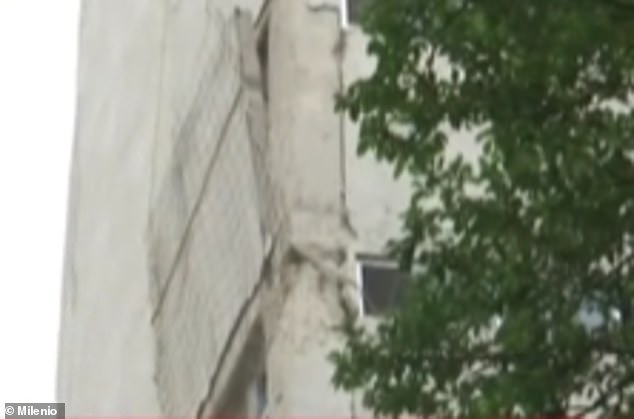 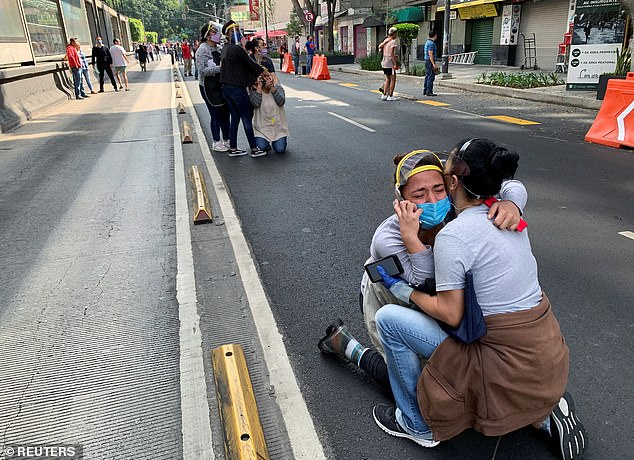 Mexico City residents console each other Tuesday morning after a 7.5-magnitude earthquake shook the southern state of Oaxaca 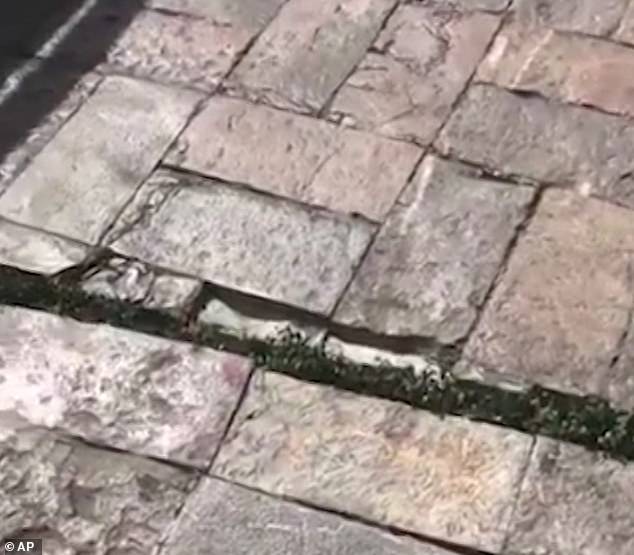 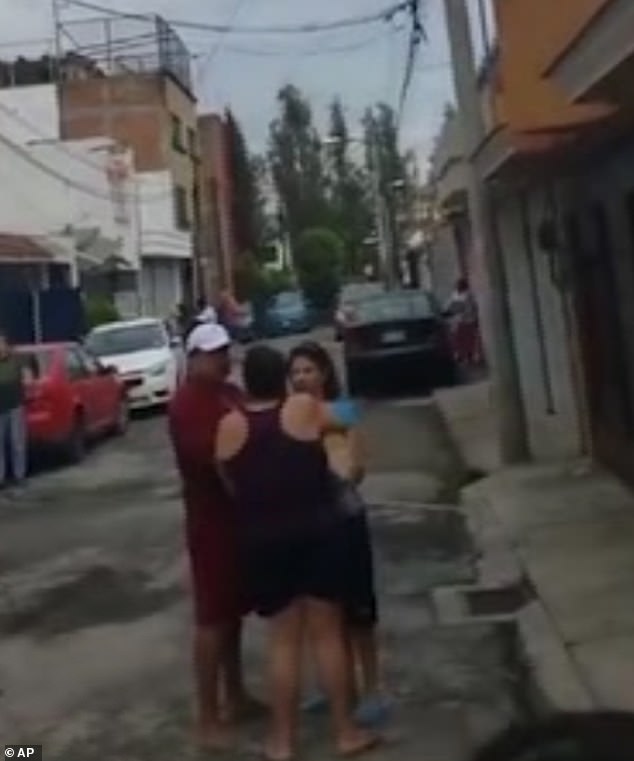 Mexican television network Milenio showed a slab of concrete separating from an apartment building in the Mexico City neighborhood of Cuauhtémoc.

Residents took to social media to share footage of the powerful tremor, causing a cobblestone sidewalk in the Mexican capital to separate as the ground moved for various seconds.

The earthquake caused power generators to explode at a state-owned refinery located in the Oaxaca city of Salina Cruz. Firefighters were able to bring a fire under control. 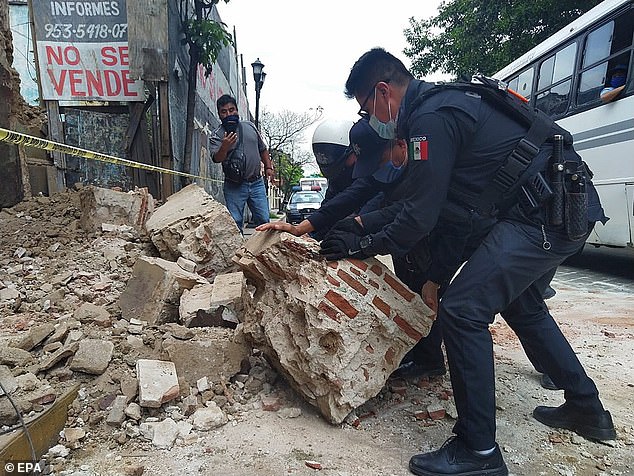 Authorities clear debris after a 7.5-magnitude tremor in Oaxaca, Mexico, on Tuesday 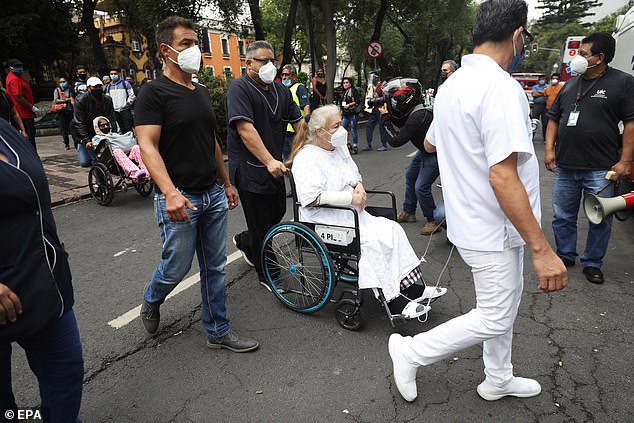 In Santa María Huatulco, a laid-back beach destination known for surfing and small protected coves, the earthquake knocked goods off shelves and some rubble from buildings.

Mari González of the Princess Mayev hotel in Huatulco said staff and guests were able to evacuate the building before the quake, but that 45 minutes after the initial quake they were still outside as strong aftershocks continued.

“It was strong, very strong,” she said.

González said there was some visible broken glass and mirrors, but no major damage. The staff was waiting for the aftershocks to dissipate before fully evaluating the property. 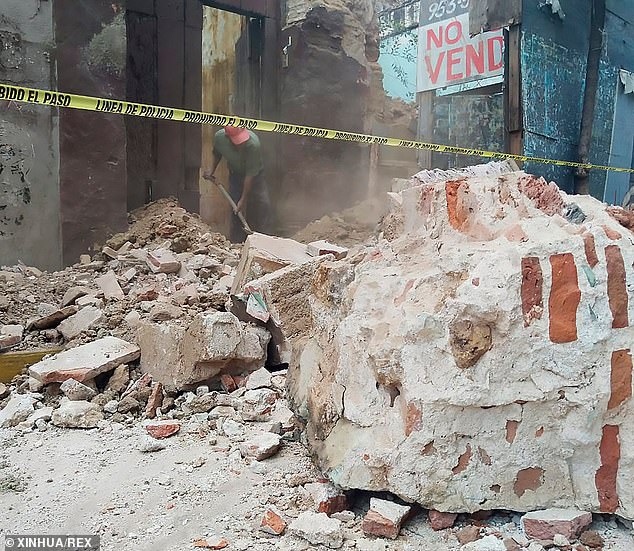 A man clears the debris left on a street after Tuesday morning’s earthquake in Oaxaca, Mexico