Struggling to find your usual HRT amid a shortage of the drug? There may be alternatives you can use

With reports of women left feeling suicidal, and others being so overwhelmed by their menopausal symptoms it’s jeopardising relationships and their ability to work, the knock-on effects of shortages in HRT are, by any measure, significant.

Yet the chances of a fast solution seem slim. The Health Secretary Sajid Javid announced over the weekend that he’s appointing a hormone replacement therapy tsar to try to tackle the problem, and said he would be ‘urgently convening a meeting with suppliers to look at ways we can work together to improve supply in the long and short term’.

But with the number of HRT prescriptions soaring — they have doubled in five years and now number 500,000 a month in England alone — some manufactures are struggling to meet that target.

With reports of women left feeling suicidal, and others being so overwhelmed by their menopausal symptoms it’s jeopardising relationships and their ability to work, the knock-on effects of shortages in HRT are, by any measure, significant

Much of the increased demand is being put down to the ‘Davina effect’. Following the Channel 4 documentary last May, Davina McCall: Sex, Myths And The Menopause, during which the TV presenter revealed she uses an HRT patch and gel, GPs reported being ‘inundated’ with new requests for prescriptions.

She joined others to celebrate outside Parliament following the announcement last October that, from April 2023, women will have to pay only a one-off prescription cost (£18.70) each year for HRT, rather than paying for multiple prescriptions throughout the year.

HRT — in the form of oestrogen-only or combined with progesterone — is given to restore declining levels of these hormones and help with some of the 30 or so symptoms that can occur as women approach and go through the menopause. These can include sleeplessness, hot flushes, joint pain, palpitations and memory problems.

The current shortages are affecting some formulations of so-called ‘body identical’ oestrogen-only HRT (which most women take in combination with separate formulations of progesterone). These contain oestrogen derived from yams or other plant sources, rather than synthetic versions of the hormones made in a lab.

The oestrogen in body identical formulations is known as 17 beta oestradiol. Some women prefer these ‘more natural’ formulations because the hormones are identical to the ones in your body. 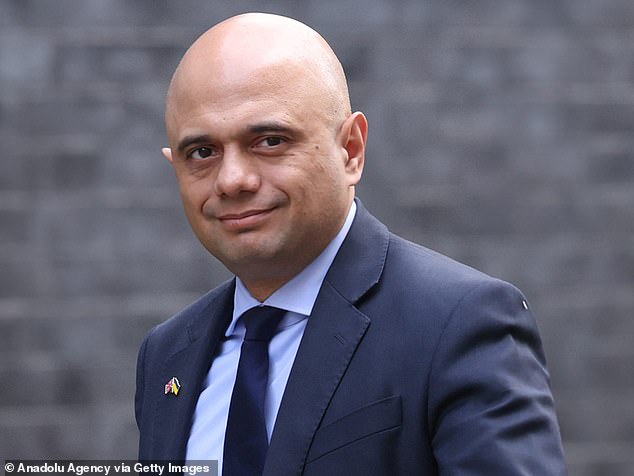 The Health Secretary Sajid Javid announced over the weekend that he’s appointing a hormone replacement therapy tsar to try to tackle the problem, and said he would be ‘urgently convening a meeting with suppliers to look at ways we can work together to improve supply in the long and short term’

The formulations of these products — in a gel, cream or spray — are also regarded as safer than tablets. This is because the hormone goes directly into the bloodstream, rather than passing through the gut and liver, where it can have a systemic effect and increase the risk of blood clots.

Options you can be prescribed

Types of formulations that are available

Oestrogen is available as a tablet and spray, but it’s most commonly taken via a patch or gel rubbed on the arm or thigh. There are also creams, tablets and rings which can be applied to the vagina to alleviate symptoms of dryness.

Pessary: Gina — inserted into the vagina to treat dryness and thinning of the skin. One tablet daily for the first two weeks, then twice a week. For women who have gone through the menopause.

Earlier this year, the UK medicines watchdog, the Medicines And Healthcare Products Regulatory Agency (MHRA), launched a consultation on changing the Gina pessary from a prescription-only medicine to one that is available to buy from pharmacies. Women would still be able to get it on prescription.

A decision will be made following the consultation, which ended on February 23.

However, while it can successfully treat one symptom of the menopause — vaginal dryness — it won’t help with others, unlike other forms of HRT, which will treat vaginal dryness as well as other symptoms.

Shortages first became an issue in the UK at the end of 2018, affecting mainly Evorel oestrogen-only and combined patches. This was partly down to increased demand worldwide, with the manufacturer selling the same amount in the first six months of 2019 as in the whole of 2018. As Evorel made up 40 per cent of the UK market at the time, this became a problem.

Currently, there are no reported shortages of Evorel — but now it’s Oestrogel, a popular oestrogen-only (body identical) gel, that is affected. The product’s maker, Besins Healthcare (UK) HRT, says it is doing ‘everything we can to manage, increase and expedite supplies’.

Other HRT products started to run short, too. One was another gel, Sandrena, although the maker said it is confident it will meet demand by the end of April.

Meanwhile, women are going to extraordinary lengths to try to get their regular HRT products — with some meeting strangers in car parks to swap supplies and others paying over the odds online to source HRT from the black market.

But there are alternatives to Oestrogel and Sandrena — as Haitham Hamoda, clinical lead for the menopause service at King’s College Hospital in London and chair of the British Menopause Society, told Good Health.

Oestrogel could be replaced with a body-identical patch such as Evorel or Estradot, or a spray, Lenzetto, ‘which offer an equivalent amount of oestrogen, with a similar effect by delivering it through the skin’. Or daily tablets, Progynova and Elleste Solo, could be taken.

Some women quite rightly worry that their menopause symptoms may return when they switch medication.

Mr Hamoda says ‘it may take some trial and error’ to get the right HRT product for each woman.

Another problem is that some doctors may not be familiar with all the other preparations that available, says Mr Hamoda.

Here (above right), we look for some alternatives for the current shortages in oestrogen-only body identical HRT. For a comprehensive list, visit the British Menopause Society website and ‘show it to your GP’, suggests Mr Hamoda.