Student dies on his way home from Bath nightclub

Police are investigating the mystery death of a university student who suffered devastating head injuries on his way home from a nightclub in a three-minute period missed by CCTV cameras.

Economics student Alex Green, 22, was found slumped unconscious at a bus stop after he became separated from friends on a night out in Bath.

A camera captures him walking into a road in Bath at 3.42am.

Four minutes later a bus passes the same camera – and the stop down the road where Alex was later found – but there is no trace of him on any of the high-tech cameras at 3.46am.

But just three minutes later – at 3.49am – he was found unconscious at the same stop by a group of five people who immediately phoned from an ambulance.

Avon and Somerset police are desperately trying to find out what happened in those three minutes during which he seemingly suffered his fatal injuries.

DI Dom Graham, the lead officer, said: ‘We’re carrying out a thorough and extensive investigation into the tragic death of Alex Green, which is currently being treated as unexplained.

‘Alex’s family have been devastated by his death and our thoughts and sympathies are with them.

‘We’re doing all we can to support them and provide them with answers, but we need the public’s help. 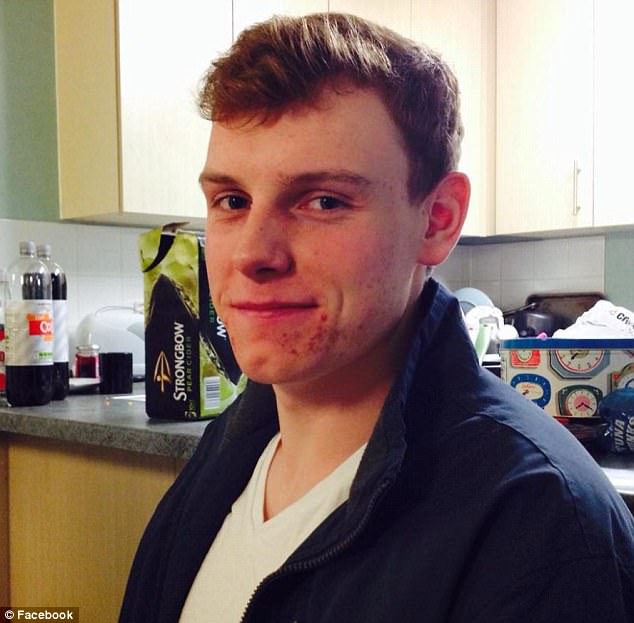 ‘Our investigation is currently focusing on three main scenarios: did Alex die as a result of a fall? Was Alex assaulted prior to his death? Was Alex involved in a road traffic collision?

‘We’re keeping an open mind as to what caused Alex’s death.

‘As part of our ongoing investigation we’ve collected CCTV from around the area where Alex was found, and have also conducted house-to-house enquiries.’

The University of Bath student had been at The Second Bridge nightclub with friends on Saturday 30 September.

He walked home on his own after they split up and was spotted entering Westmoreland Road at 3.42am.

Footage shows him striding along the road and the same camera picks up the U1 First Bus passing the same spot in the same direction at 3.46am. 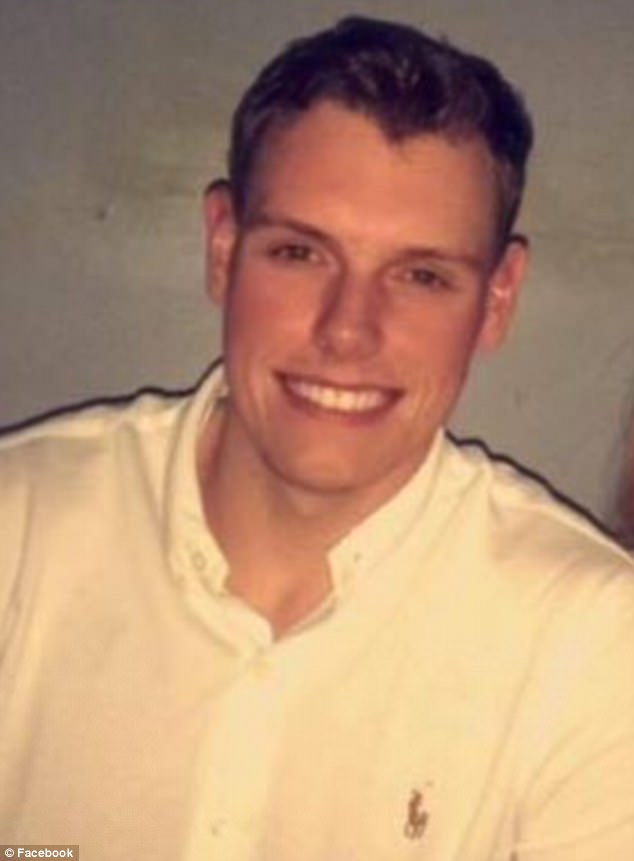 The vehicle’s camera passes the stop with no sign of Alex, but he was found by a group of people, lying on the ground at 3.49am.

‘We’ve examined CCTV recordings from the bus and Alex is not captured on its footage,’ said DI Graham.

‘A group of five people walk into Westmoreland Road and find Alex lying on the ground near the bus stop.

‘These people are being treated as witnesses.

‘The ambulance service was called at 3.49am and Alex was taken to hospital, where the extent of his injuries was discovered.’

He was taken to the Royal United Hospital and then onto Southmead Hospital, where he later died.

Police were informed about Alex’s death on Tuesday 3 October and an investigation was launched.