Student is duped into stripping to win an iPhone X

This is the moment a trainee teacher was duped into stripping her clothes off with the promise of an iPhone X.

The 19-year-old student was kicked out of college after taking part in the night club stunt to win the latest Apple smartphone – only to to be awarded her own, cheaper handset that had been pinched from her bag.

Footage shows the teenager – known only as Yevgenya S – awkwardly covering her breasts at the venue in Troitsk, Russia.

She was expelled from her pedagogical college after academics saw the video online.

The trainee said she took part in the contest after watching males in the club do the same.

‘We were enjoying ourselves, drinking, then the competition began,’ she said.

‘The host started with boys, and then it was my turn.’

The teenager is seen covering her breasts in the footage, which got her kicked off a college course in Russia

Shot on a phone by an onlooker, the clip shows the competition’s host urging Yevgenya to remove her knickers.

He offers to hug her while she does so that spectators won’t see as the crowd roars with excitement. 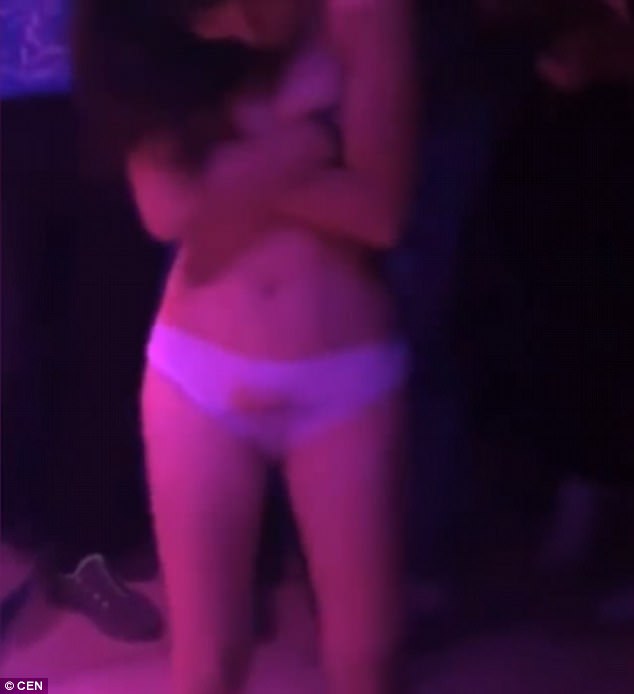 A club rep can be heard convincing her to remove the last of her clothing, offering to hug her while she does so

She said her daughter was old enough to maker her own decisions but sometimes ‘does what others tell her’.