For most students, accepting the diploma is the crowning moment of high school graduation, but for Alexander Harris, it was just as much about the walk across the stage to get it.

A little less than a year ago, Alexander snapped his neck in a horrific accident during his very first professional motocross race.

He couldn’t lift his arms, couldn’t feed himself, and doctors warned Alexander and his family that he might never walk again.

But on Thursday, he did just that, pushing himself up from his wheelchair and – with a little support from his walker – striding across the stage to accept his Claremont High School diploma with a grin stretched across his face.

Ten months ago, everything seemed possible for Alexander.

A rising senior at his Los Angeles-area school, he was not only on the verge of finishing the first stage of his education, but was getting an early start to one of his professional aspirations.

Alexander was competing in his first ever professional motocross race when a jump went wrong, KTLA5 reported.

He flew over his handlebars and his body crashed to the ground.

The brutal fall had snapped his neck, doing devastating damage to his spinal cord, along which nerve signals would normally have traveled, telling his brain when the rest of his body was in pain.

In that instant it seemed like Alexander’s motocross career was over and the future he and his family had seen for him forever altered. 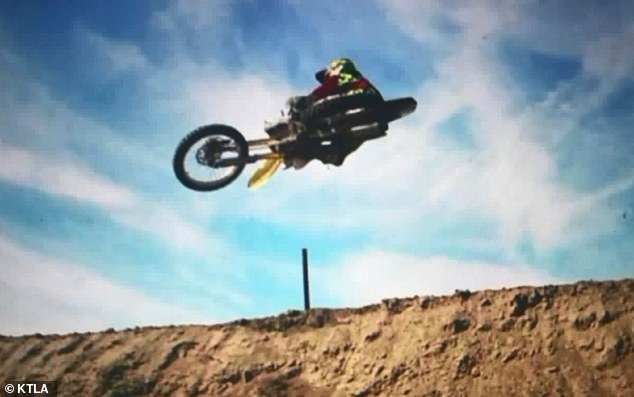 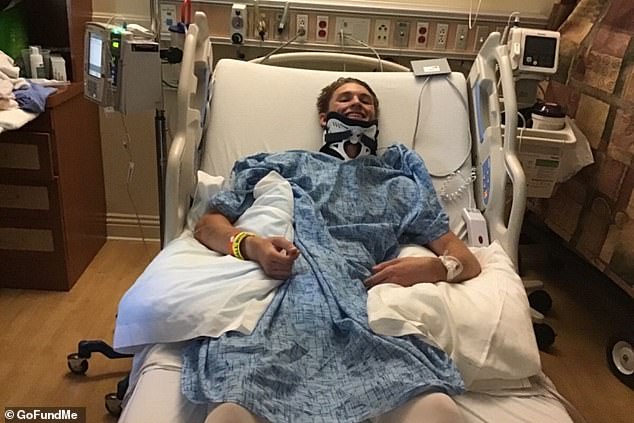 He was rushed to the hospital, where neurosurgeons cautioned Alexander’s parents, Peggy and Ken, that they needed to be prepared for the possibility that he would be a quadriplegic.

The spine is remarkably strong, but it’s also so central and critical to our physical functioning that a single injury, depending on its location, can do irreversible, disabling damage.

Injuries to the bottom of two three quarters of the spine (essentially anywhere below the neck, with the exception of the sits bone and tail bone) can result in paraplegia, or paralysis from the waist down.

But a breaks to the top-most seven, or cervical, vertebrae that form the neck can sever or badly damage the nerves that lead to all four limbs and leave someone a quadriplegic – paralyzed from the neck down. 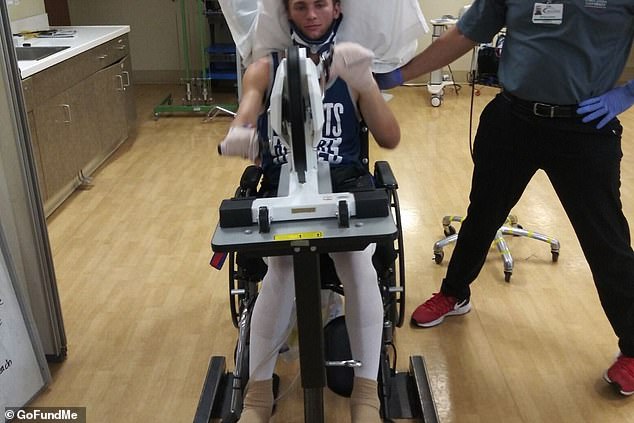 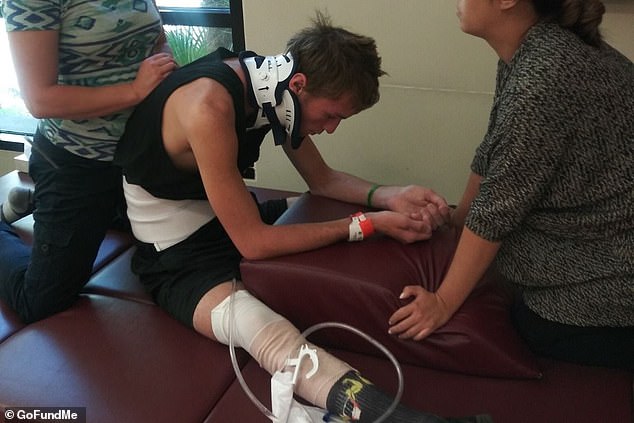 At first, Alexander could barely sit up, let alone feed himself or walk

Alexander made it through his first surgery, but it would be months before he and his family would know how much function the teenager could regain.

But his mind was made up. Alexander threw himself into physical therapy and treatment for his injuries with the same laser focus he’d pursued motocross.

‘A lot of things I put my mind to, I work really hard to try and get to that goal.’ 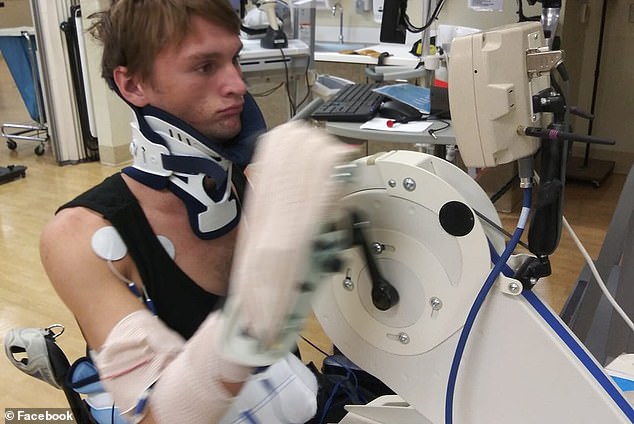 Slowly, Alexander regained strength in his arms, and later in his legs, with hours of therapy 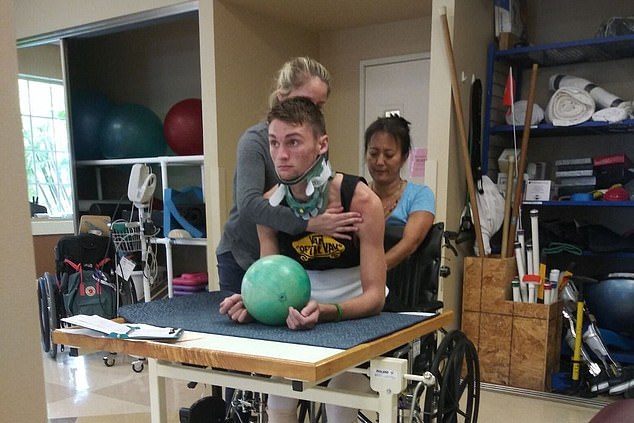 He had to relearn even basic skills, like balance, all the while complete his senior year studies 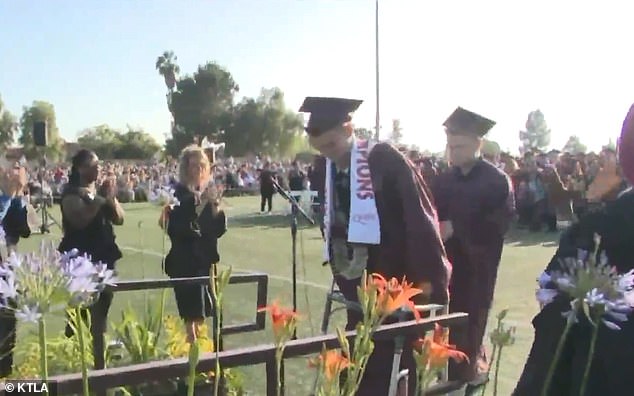 Even as he endured the agonizing, frustrating process of learning to move every part of his body below the neck, Alexander continued learning his high school course material, too.

His parents marveled at their son’s resilience.

‘To watch him work this hard, it’s been amazing,’ his father, Ken, said.

His mother was amazed at her son’s unrelenting positivity.

Ten months after it seemed life as he knew it might be over, Alexander took his first steps into the next phase – on his own two feet.

During the graduation ceremony, Alexander sat in the aisle in his wheelchair.

But when it came time for him to accept his diploma, Alexander stood, held onto the bars of his walker, and walked up the ramp, letting go to take his degree – with some support from two friends and a teacher.

The rest of his friends, family, classmates and teachers erupted into applause as Alexander beamed for a photo.

And is if his recovery weren’t proof enough that Alexander will let nothing stand in his way, he plans to someday ride a motorcycle again, he told KTLA.