Sankat faces charges of criminal attempt to steal an aircraft, as well as a visa violation and trespassing. He is being held at the Brevard County Jail and will appear at a court hearing on Friday

A student pilot suspected of boarding a vacant passenger plane at a Florida airport has been charged with criminal attempt to steal an aircraft.

Nishal Sankat, a 22-year-old technology student from Trinidad, caused chaos after he accessed an American Airlines plane and was tackled by workers before being arrested.

Airport spokesman Lori Booker said the Joint Terrorism Task Force is investigating and trying to determine a motive in the case.

Booker said Sankat entered the US from Canada and has a Florida driving license. 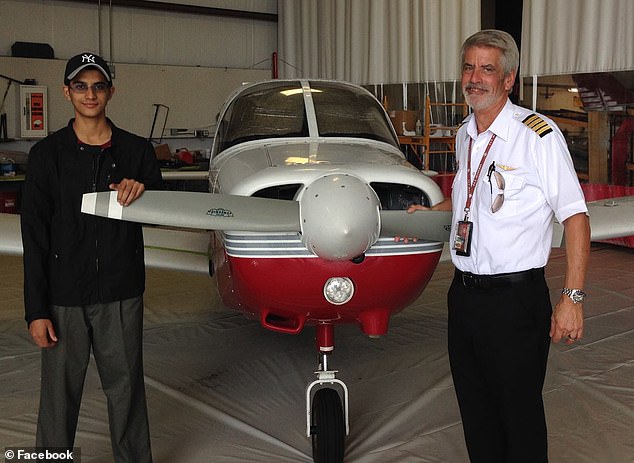 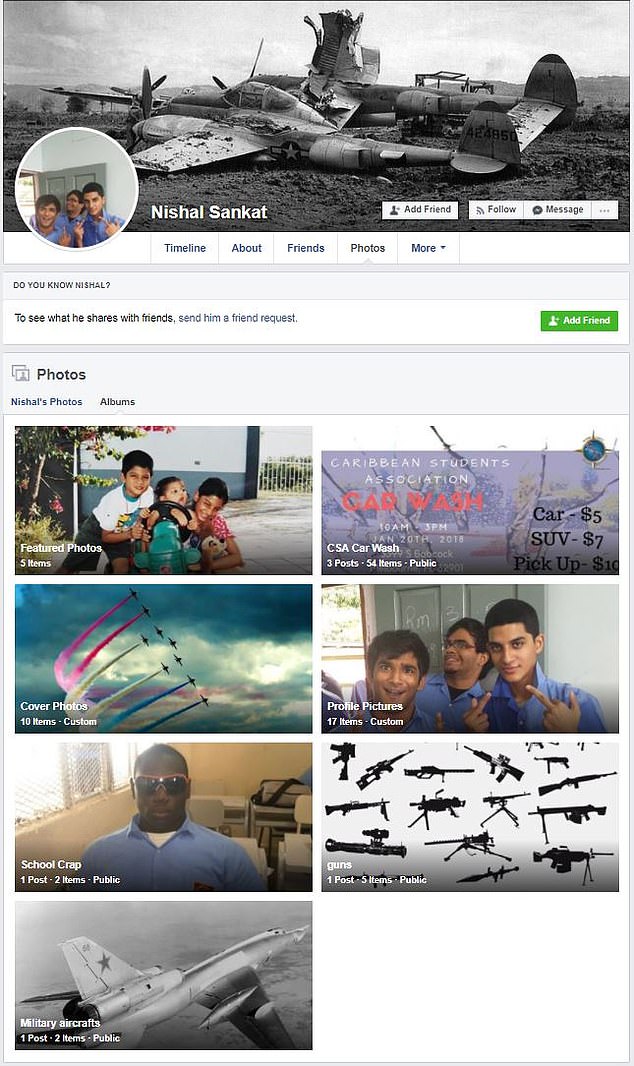 The Airbus 321 aircraft was based at maintenance facility and wasn’t scheduled to fly when the incident happened.

An avionics technician was in the plane’s galley when he saw a shadow, Booker said.

‘He turned around and said, ‘Who are you? Show me your badge,’ she told news outlets.

The employee grabbed Sankat and with help from another technician, got him off the plane. 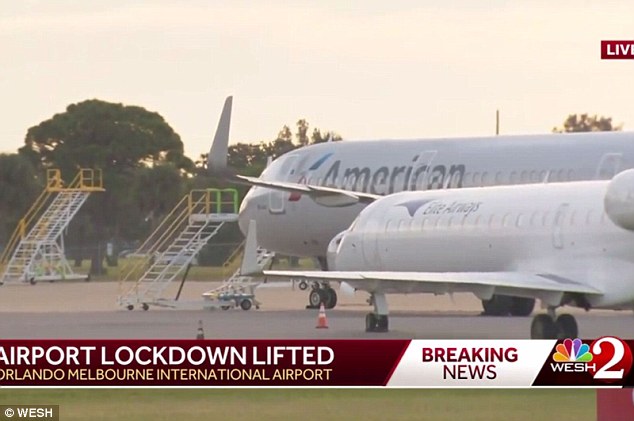 Booker said that while one technician held the man down, the other called Orlando Melbourne airport police.

Sankat broke free and ran along the airfield before police took him into custody about two minutes later.

Booker described as ‘heroic’ the four staff who had seen the student board the plane and those who approached him on-board.

The car left abandoned by the man was searched by robots before being towed away.

Sankat was a part-time student at the Florida Institute of Technology in Melbourne, where he studied aviation management and had completed some flight training, school spokesman Adam Lowenstein said.

The university is cooperating with authorities, he said.

Sankrat’s Facebook shows he was fascinated by aviation and weaponry and was an avid video gamer with a particular interest in war games.

He had posted updates online pondering the 2014 disappearance of Malaysian Airlines flight MH370 and voiced concerns about Russia’s invasion of Crimea. 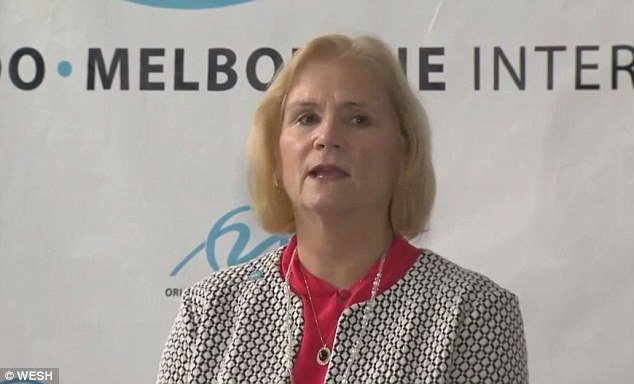 Sankrat also penned a tribute to Mikhail Kalashnikov, who created the AK47, upon his death in 2013.

He wrote: ‘I am deeply saddened by this event, R.I.P Mikhail Kalashnikov, A great leader and innovator, if it wasn’t for you we wouldn’t have these modern, yet efficient assault rifles that are available to both civilian and military use.

One of my lifelong heroes is no longer with us. I will remember you! R.I.P’

A sticker on the student’s car, and a number of social media posts, indicated he lived in the area at least recently.

The airport, which handles about 500,000 passengers a year, was evacuated and authorities conducted a security sweep of the entire airport, which reopened about five hours later, according to Booker. 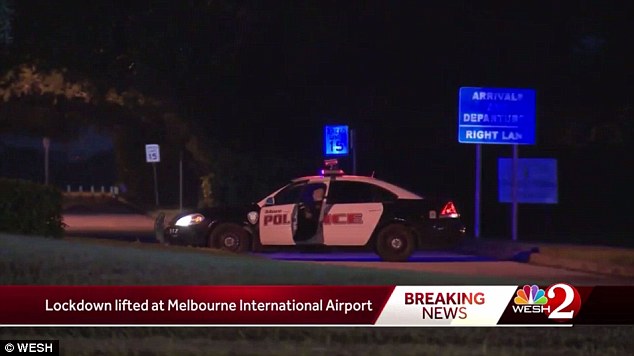 Two flights were delayed because of the incident.

Melbourne resident Manan Karia told Florida Today that he approached the airport about 5am on NASA Boulevard to try to catch a 6am Delta flight to Austin, Texas.

‘I drove by Keiser and Sears and saw a bunch of cars in both parking lots, which I thought was weird.

‘I get to the airport and there is a line about five cars deep, and a police officer has the entrance blocked with his car and lights are flashing. You can see more police cars with lights flashing around the airport,’ Karia said.

‘I finally get up to the officer, and he proceeds to tell me the airport is shut down and asks if I’m an employee or a passenger. I let him know I’m a passenger, and he tells me to go park at the Keiser parking lot.

‘That’s all the info they provided,’ Karia said. ‘I was just scouring Twitter and the internet trying to get more after that.’

Melbourne is 70 miles (112 kilometers) southeast of Orlando. Orlando-Melbourne is a popular airport for overhaul and maintenance, Booker said, and it’s not unusual to have as many as eight jets parked on the tarmac outside the repair center.

Sankat is being held at the Brevard County Jail and will appear at a court hearing on Friday.