The 23-year-old woman who was raped by a cricketer as she slept said today she was ‘humiliated’ to learn he had taken part of a sordid game of sexual conquests.

Alex Hepburn was jailed for five years on April 30 after assaulting the woman at his flat in Worcester after she had consensual sex with his then team-mate Joe Clarke.

The Australian-born all-rounder, also 23, was in a competition with two friends who bragged about their sex sessions in a WhatsApp text messaging group.

The stress of the rape by the former Worcestershire cricketer has left his student victim with facial paralysis and post-traumatic stress disorder (PTSD).

And today, she told the BBC’s Victoria Derbyshire how Hepburn ‘saw a chance’ and attacked her in April 2017 after finding her asleep on a mattress. 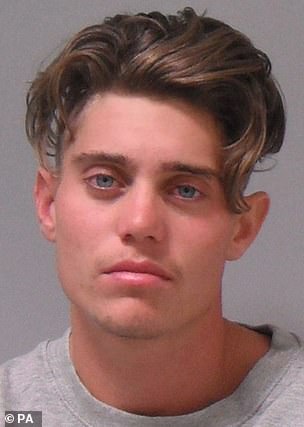 A jury found Hepburn guilty last month of one count of rape. He was cleared of the second

She found Mr Clarke after the attack and told him ‘again and again and again ‘your friend has had sex with me’, before seeing Hepburn and running outside.

She said: ‘Once I’d grabbed my clothes, I ran out to the street and stopped a passer-by. I told her everything that happened and she rang the police.’

The woman told how police officers rang her mother, although she remembered thinking at the time that she did not want people to know about the attack.

The woman added that it had been ‘so humiliating’ to later find out at Hepburn’s trial at Worcester Crown Court that she was part of a ‘game’ without knowing.

The stress has led her to develop Bell’s palsy, a partial facial paralysis, and added of her attacker: ‘He will have no idea the effect it has had on me.’

Ms Derbyshire said the interview, which was the victim’s first on TV or radio, was ‘the most searing account I’ve ever heard of the impact rape has on an individual’. 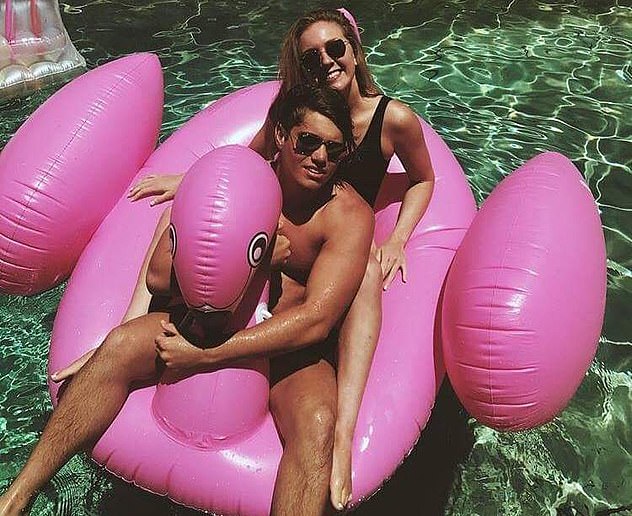 Hepburn with his student girlfriend Lucy Street, whom friends say has vowed to stick by him

Hepburn met the woman at a champagne bar and she returned to the flat he shared with Mr Clarke, with whom she had consensual sex.

She was asleep and initially believed Mr Clarke had instigated sex with her for a second time until she heard Hepburn tell her, ‘you are beautiful,’ in his Australian accent.

The woman was left devastated by the attack and the trauma of having to give evidence at his trial twice after a jury initially failed to reach a verdict.

Describing the agony at being quizzed about intimate details by barristers, she said previously: ‘Having to go through one trial to be made out a liar is humiliating.’

In a moving personal impact statement the victim, who cannot be named, told the court: ‘I’m flooded with guilt that I can’t ever seem to escape.

‘Now all the people I care and love have had to suffer as well. All because of this evil. I struggle with anxiety. It is something the rapist brought on. ‘I’ve always had a happy-go-lucky attitude, very carefree. I mourn for who I used to be. I can’t remember the last time I went anywhere without creating a mental escape plan, just in case.’ 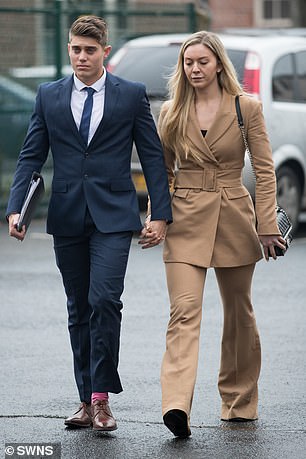 Hepburn and Miss Street at court on April 8

Hepburn, who made his debut for Worcestershire in 2015, was born and educated in Western Australia, but is also a British passport holder.

He arrived for his court hearings with his girlfriend Lucy Street, who was seen stroking his face in the foyer before his sentencing hearing last month.

Friends say the Nottingham Trent university student, who has been with Hepburn for about 17 months, has vowed to stick by him.

Hepburn had denied two counts of rape, saying he had consensual sex with the woman in April 2017.

But a jury found him guilty last month of one count of rape. He was cleared of the second.

The tawdry game of sexual conquests Hepburn was playing with Mr Clarke was described to jurors. 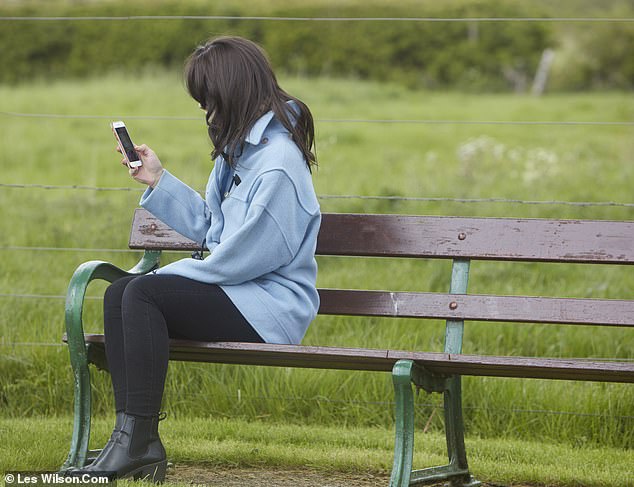 They had exchanged numerous messages on WhatsApp, including one in which Hepburn suggested he had sex with 60 women during a ‘game’ the previous year.

His contract with Worcestershire County Cricket Club has run out.

Mr Clarke, 22, an England Lions cricketer considered one of the best young prospects in the game, has since moved counties.

Jailing Hepburn at Hereford Crown Court on April 30, Judge Jim Tindal said: ‘She had not shown the slightest interest in you. 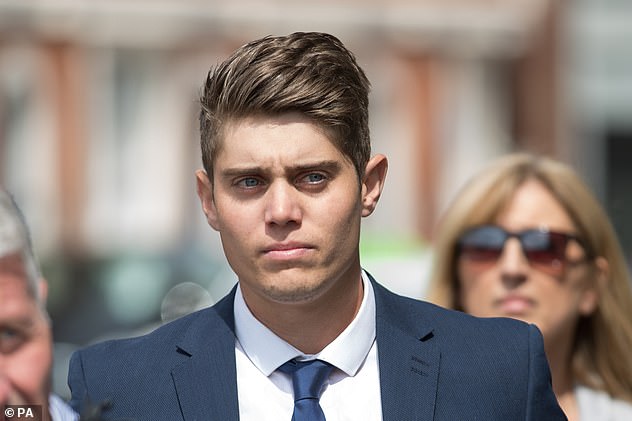 ‘You thought you were God’s gift to women and at that moment you saw her as a piece of meat.

‘Sex is not always done through love but it is something people do together. Sex is never something a man does to a woman, arrogantly assuming her consent. Your pathetic, sexist game was to collect as many sex encounters as possible.

‘You had done it the previous year. You probably thought it was laddish behaviour. In truth it was foul sexism, it demeaned women and trivialised rape.’

The judge praised the victim saying: ‘She has been incredibly brave to come forward against such a well-known man.’