Married men earn more than any other demographic with an average salary of over $86,000, a study reveals.

Research from the St. Louis Fed shows that married men significantly out-earn single men as well as both married and single women.

Their earnings exceed $86,000 per year by their peak earning years, while all the other groups barely graze $50,000 per year, according to the report.

For women, marriage offers only a small wage benefit, which disappears once they enter their late fifties and sixties.

Married men earn more than any other demographic with average yearly earnings of $80,000 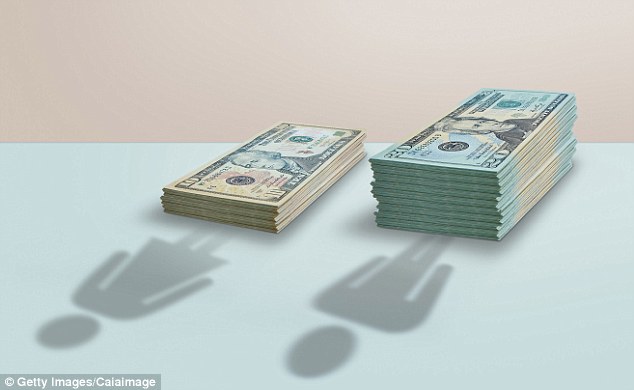 Experts claimed the findings do not mean that men are paid more because they are married, even if it seems like the most logical explanation.

Guillaume Vandenbroucke, a research officer with the Federal Reserve Bank of St Louis, explained: ‘It might be that men with higher wages are more likely to marry.

‘Men often marry later than women, so there are relatively few married men in their 20s.

‘This explains why the difference in wages is less pronounced earlier in life: The average male worker in his 20s is more likely single than married’.

The findings reinforce earlier research about how gender, marriage and children impact earnings. 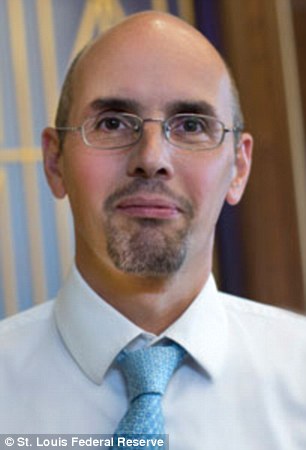 The marriage premium for men extends across racial groups, with black men earning at least $12,500 more than their single peers, according to a 2014 paper from the American Enterprise Institute.

Education, income and marriage may be tied up in the question of why marriage delivers higher income for men.

College-educated Americans are much more likely to be married than those with only high school diplomas, creating not only a marriage gap, but an income gap.

Americans without a four-year college degree now earn less than they did in 1979, according to research from the left-leaning Economic Policy Institute.

College-educated workers, meanwhile, enjoyed wage gains of about 16 per cent over that time.

Americans with graduate degrees saw their income rise 30 per cent.

Wages tend to increase over time for both men and women, at least up until the age of 50, Men and women acquire more experience the longer they work and, therefore, become more valuable and productive.

After 50, they either slow down and learn fewer new skills, economists say, or they are competing with younger, less expensive but equally skilled, employees for the same jobs. 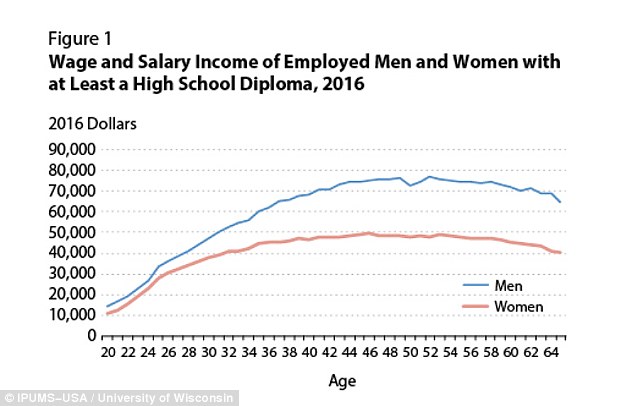 Earlier in life, the salary difference between men and women is ‘noticeably less pronounced,’  Vandenbroucke wrote.

‘It is tempting to ascribe this latter point to the fact that younger women are more likely to get married, have children, and eventually withdraw from the labor force,’ he added.

‘Once out of the labor force, these women would not accumulate human capital, and, subsequently, they would lose ground relative to men. This would explain why the difference in wages grows with age’.

Sexism could play a role in married men’s higher wages.

Male hiring managers may be more likely to pay men more and if they’re older, they too may be married and believe that a man who has a wife and family may deserve more money.