There does not appear to be much evidence supporting the notion that legalized medical marijuana increases the rate of violent or property crime, according to a new analysis of city-level data from states where medical pot use is legal.

Opponents to the legalization of medical marijuana use often state that there is a correlation between pot use and criminal activity, as a reason to keep marijuana on the illicit drug list.

But, the analysis carried out by economist Yu-Wei Luke Chu, writing for The Conversation, revealed that medical marijuana laws haven’t led to an increase in the actual rate of violent or property crimes in nearly all of the states in which medical marijuana is legal.

And, in California, where it is possible to obtain weed legally, crime rates actually appeared to decrease by about 20 per cent, Chu wrote.

Although he concedes that there is a relationship between marijuana users and criminal activity, based on positive test results carried out on those who had been arrested, Chu wrote that is likely due to the fact that people who use pot illegally are more likely to be the same people who are willing to break laws in the first place.

To arrive at results indicating that medical marijuana legalization has no direct impact on crime rates, Chu analyzed 25 years worth of data from cities with populations of more than 50,000, between the years 1998 to 2013.

Chu’s research found that the crime rates in medical marijuana cities tended to move in step with that of those in their ‘synthetic’ cities.

This appeared to be true when evaluating data from crimes including murder, rape, robbery, aggravated assault, burglary and theft.

In California, where there has actually been a decrease in crime rates, likely due to the reduction in illegal marijuana sales, Chu postulates that the legalization of pot may actually have allowed police to work on deterring crime rather than running around trying to enforce marijuana drug laws. 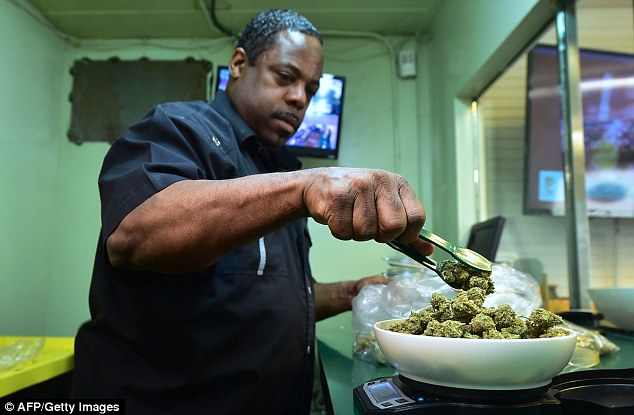 In California, where it is possible to obtain weed legally, crime rates actually appeared to decrease by about 20 per cent, according to the study (stock) 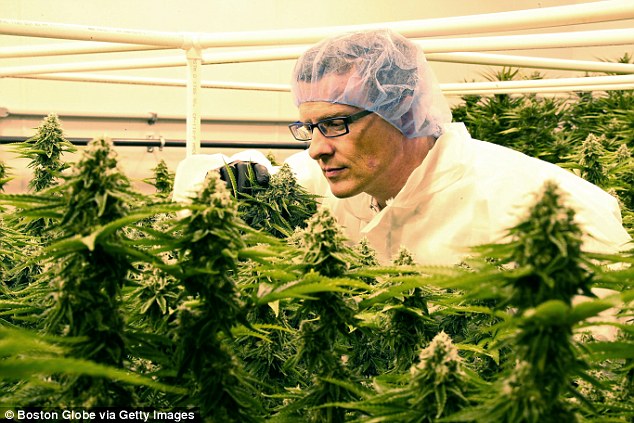 Medical marijuana purveyors say that it’s no surprise that crime rates have gone down, since patients no longer need to break the law to get their medication (stock)

At INSA, Zatyrka said, there are more than 200 security cameras.

This is no surprise, considering the fact that pot dispensaries are often required to work with cash, since the federal government still classifies marijuana as a Schedule 1 narcotic — the same as heroin — which means that banks can be charged with money laundering if they touch dispensary money, according to The Economist.

Zatyrka also pointed out that, ‘with legal medical cannabis, patients no longer have to break the law to get their medication. So it makes sense that we would see a decline in crime rates.’

Additionally, studies have argued that a decrease in violent crimes in Mexico border states has been due to the fact that medical marijuana laws have helped to reduce crimes traditionally affiliated with Mexican cartels and drug smuggling.

Cities themselves have started to relax the way they handle police reactions to marijuana use.

In Washington, DC, Mayor Muriel E. Bowser and Police Chief Peter Newsham announced Friday that arrests for ‘public consumption’ of pot would be noncustodial from now on, provided the person being arrested falls within certain perimeters, according to the Washington Post.

Now, instead of being put in jail, people caught consuming pot on the street will be given a citation, requiring them to go to the police station for booking within 15 days and either go to court or pay a $25 fine.

Exceptions to the new rule include juveniles, those with outstanding warrants, those who cannot be positively identified and those who authorities don’t believe will show up for booking later.

The new policy, Bowser said, will ‘allow us to better focus our efforts and resources on building a safer, stronger D.C.’