‘I’ve never even won a hanky before’: Stunned retired couple scoop $9million in the lottery after almost tossing away their winning ticket

By Charlie Coë and Shive Prema For Daily Mail Australia

A retired couple who scooped $9million in the lottery only discovered their win two days later after noting down the wrong numbers when the results were announced.

The couple from Townsville had bought the only Powerball division one-winning ticket worth $8,948,153.83 from a newsagent in the northern Queensland city.

The ticket was unregistered so officials had no way of contacting the husband and wife when they mistakenly thought their lotto bid had been unsuccessful.

The winning woman said she could not comprehend her and her husband’s sudden good fortune.

‘When the numbers came up on the telly, my husband went to write them down,’ she said.

‘But by the time he got the biro, he only caught a few and I think he wrote them down wrong.

‘We got hold of the right numbers this morning and checked our ticket again. That’s when we saw we had all the numbers.

‘We just looked at each other and I started crying.’

The Townsville couple said they already know what they will do with the money – including helping family members and donating to charities. 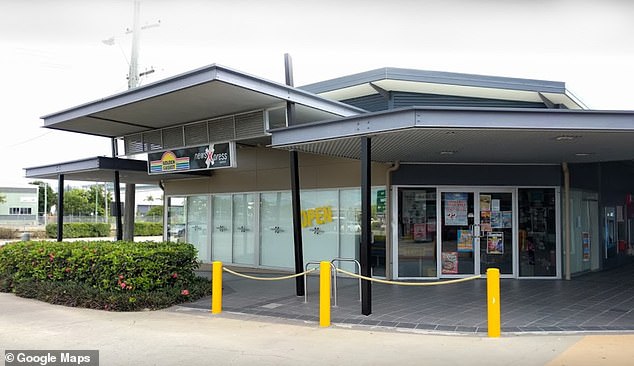 The winning couple won the $8,948,153.83 prize after buying a ticket from newsXpress (pictured) in the Townsville suburb of Garbutt

‘We can start helping some family members. It will be awesome,’ she said.

‘It will make such a big difference to our family.

‘We also want to make a donation to some charities that matter to us.

‘I’d also love a nice diamond ring – something that will be a family heirloom. It’s something I’ve wanted for a long time. Not sure what my husband wants yet. He’s still thinking about it!’ 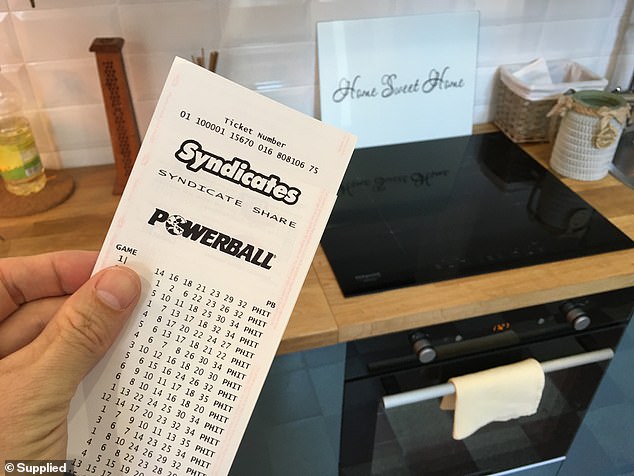 Across Australia, there was only one division one winning entry in Powerball draw 1251, meaning the Queensland ticket holder can claim the prize all for themselves (stock image)

NewsXpress Garbutt Central owners Ken and Lyn Ivers had said they do not remember who exactly the winner was but were excited for them to claim their prize.

‘What wonderful news for the customer and for the region. It’s just fabulous. I can only imagine how excited they will be when they find out,’ Lyn said.

‘We are encouraging all of our players to check their tickets! Hopefully we can unite this winner with their prize soon,’ Ken added.