No wonder Jeremy Clarkson said it is the best road in the world.

Twisting and turning through the Romanian mountains – the Transfagarasan Highway is a motorist’s dream.

And these stunning pictures of the 93-mile highway offer jaw-dropping perspectives.

They were snapped by Romanian photographer Szabi Ignacz, who has been piloting drones and taking amazing snaps across his home nation since 2014.

Szabi said: ‘If I could describe the Transfagarasan Highway in just one word it would be “breathtaking”. It’s just unbelievable how men paved their way through the massive Fagaras mountains.’ Scroll down to discover his stunning images…

One of the incredible aerial shots taken by photographer Szabi Ignacz showing the twists and turns of Romania’s Transfagarasan Highway. The photographer says this is his favourite image that he has taken of the 93-mile road 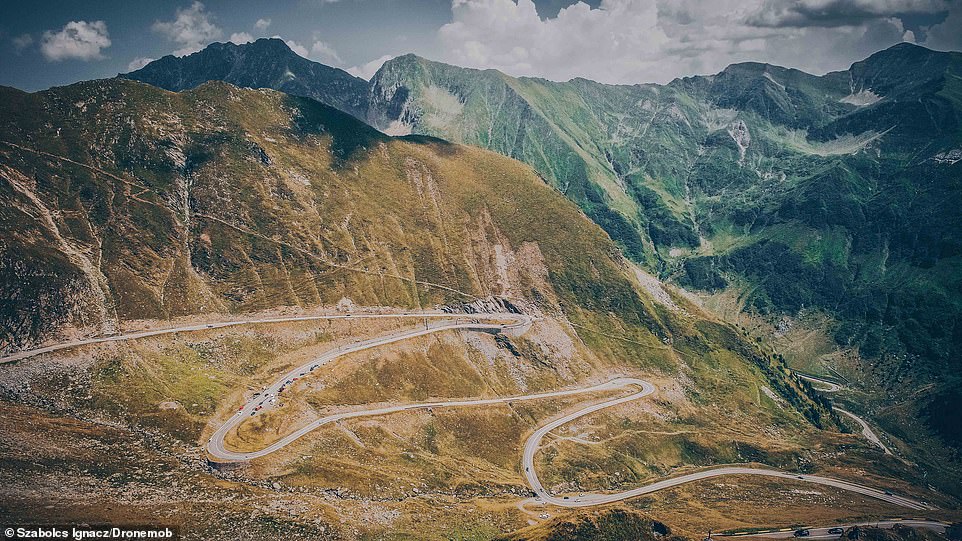 The highway was built on the personal orders of former Romanian communist leader Nicolae Ceausescu, who it’s believed wanted a strategic route across the Fagaras mountains 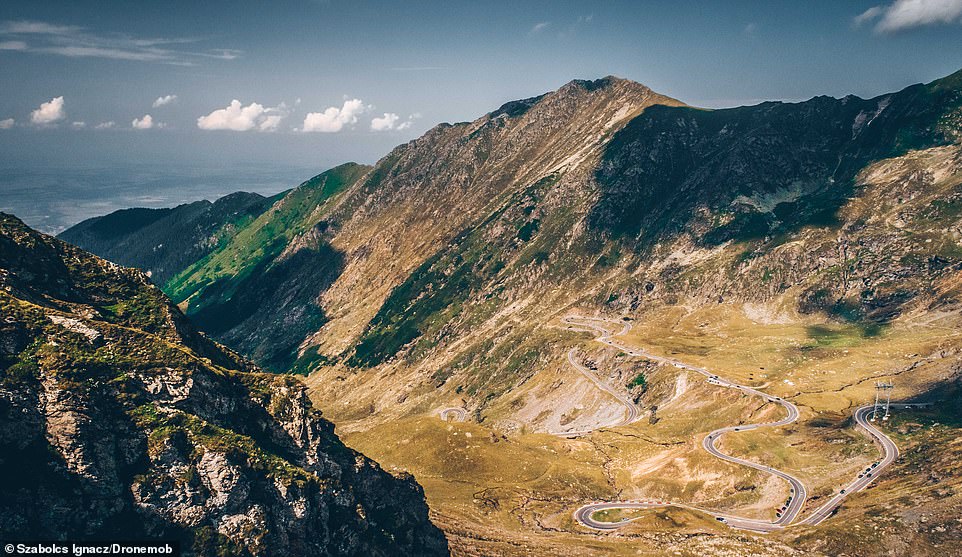 Szabi said: ‘If I could describe the Transfagarasan Highway in just one word it would be “breathtaking”. He called this picture, simply, Rocky 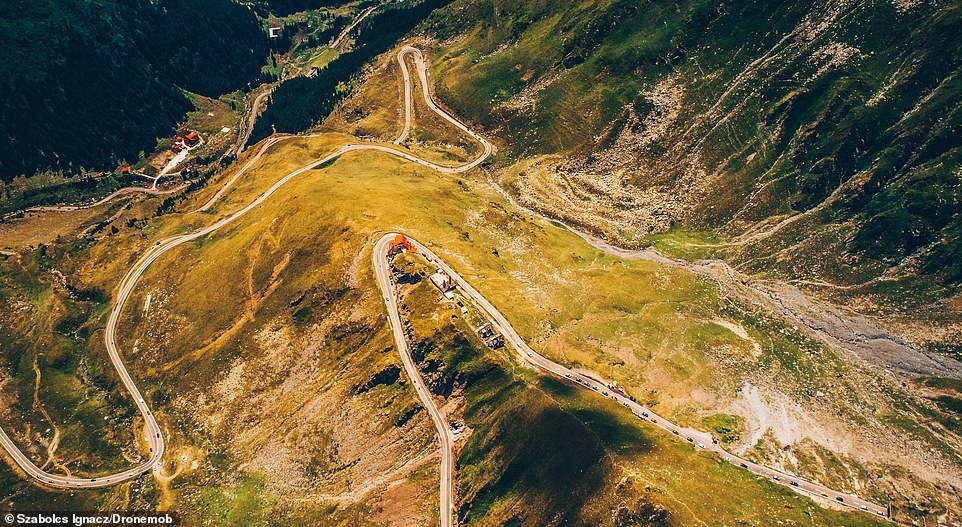 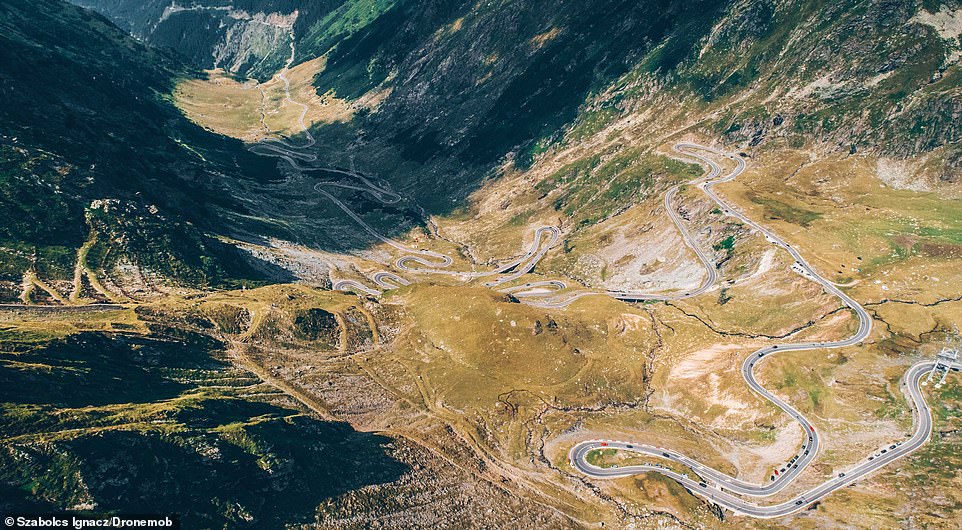 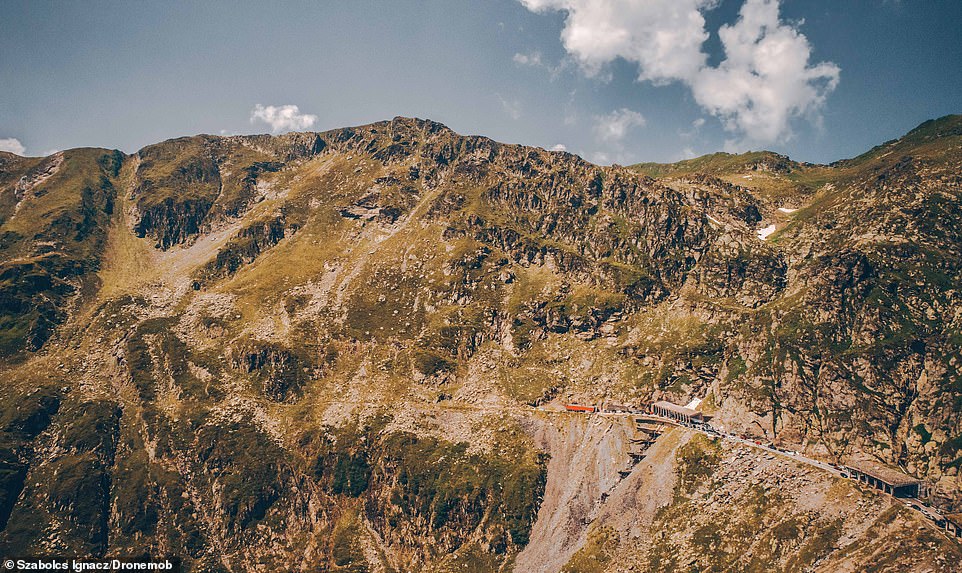 Motorists have to be sure keep their eyes on the road ahead at this part of the highway in Arges County, which teeters on the edge of the mountain 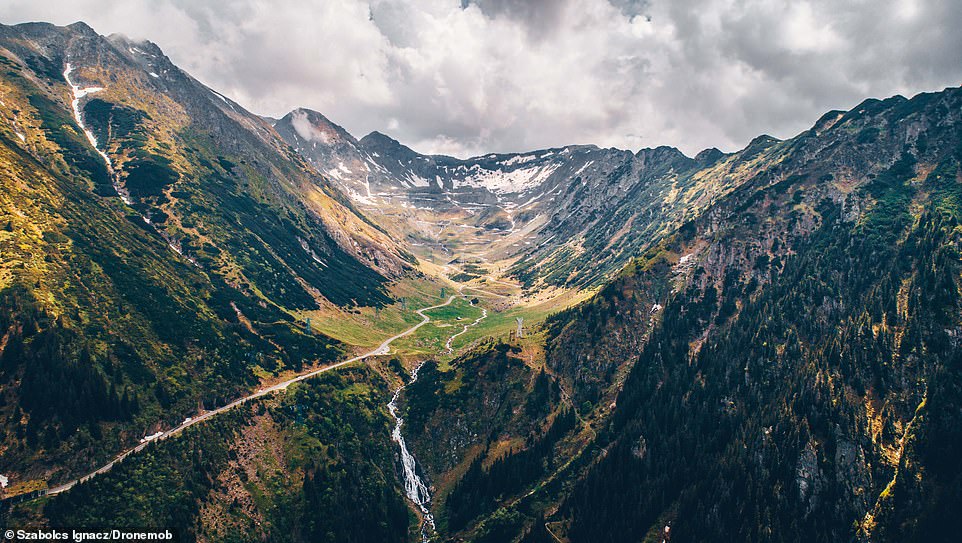 Part of the mountainous road follows the path of a river that flows along the valley, down a waterfall and into Lake Balea 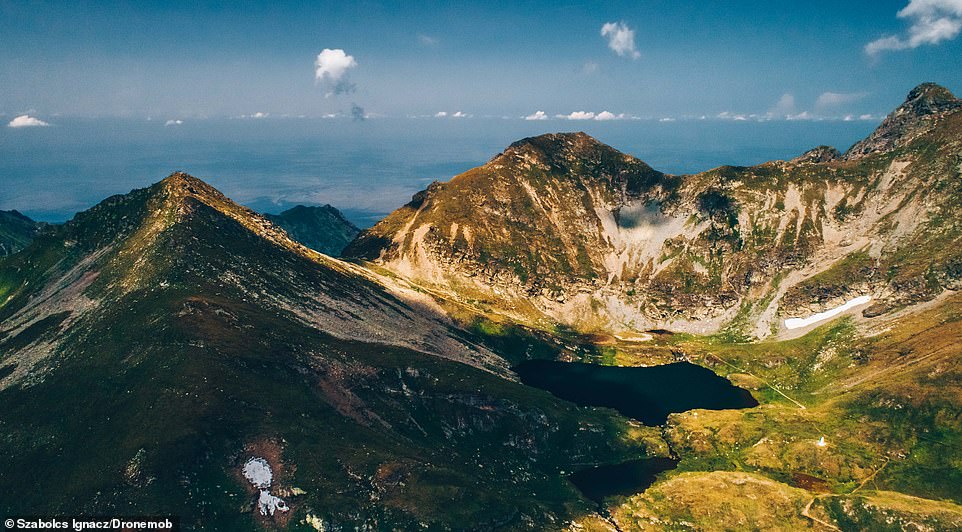 In this incredible drone picture taken from the highway, Szabi managed to capture an image of a lake hidden among the mountains 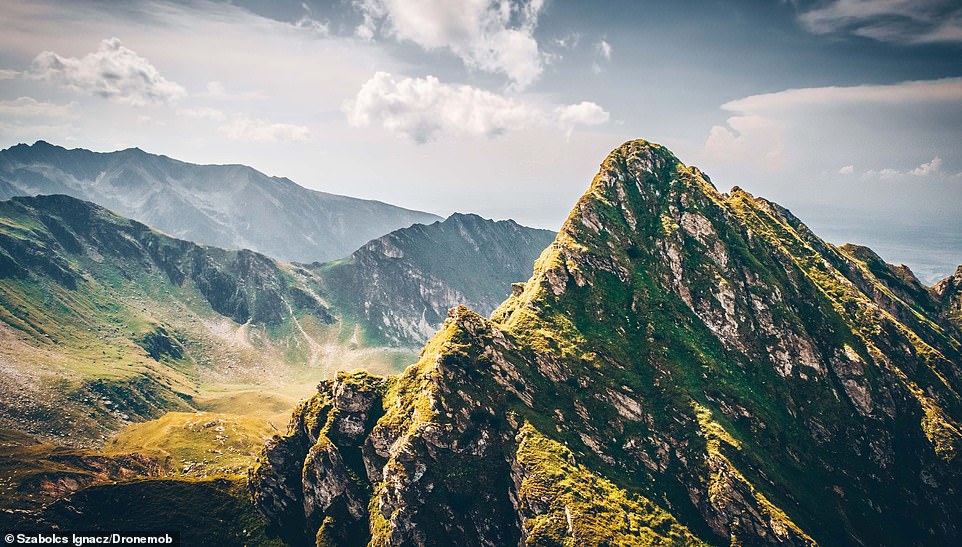 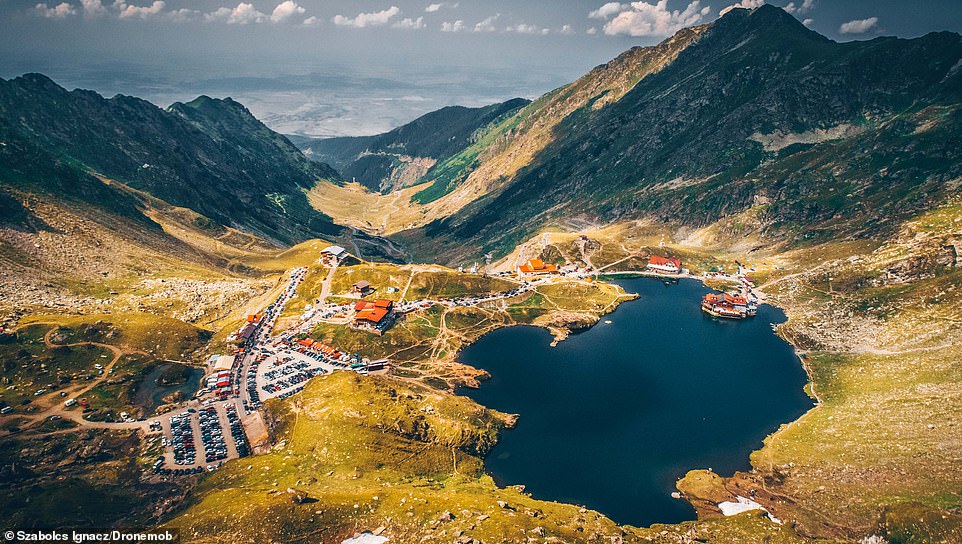 One of the most picturesque settlements close to the highway is this one, around the serene Lake Balea 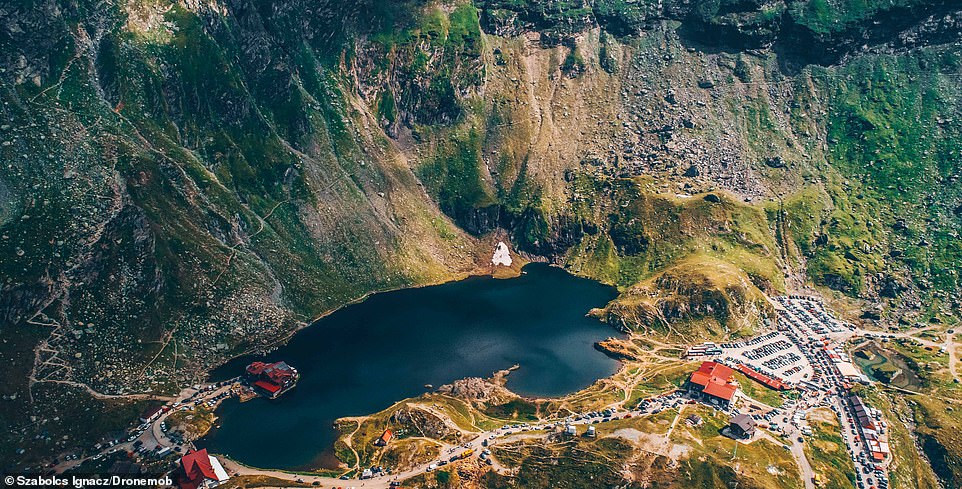