The group, which runs Vanquis Bank and Moneyfarm, said the loss was better than it had been expecting given the potential impact of Covid-19 on its business.

Provident now plans to repay all the cash it received from furloughing staff back to the Government.

Loss: Sub-prime lender Provident Financial slumped to a £32.6million loss in the six months to 30 June

Malcolm Le May, the group’s chief executive, said: ‘We believe this is the right thing to do, and on behalf of customers have also advocated the government should support wider funding for the sector.

‘Our market will grow due to the pandemic, but at present it appears the supply of credit into the market is decreasing, which cannot be a good outcome for customers, nor a public policy one for the UK.’

Le May admitted that the first six months of this year had been the ‘most difficult and testing’ of his career.

On an adjusted basis, the doorstep lender swung to a loss of £32.6million, down from a profit of £80.4million a year ago. The company’s revenue fell from £501.5million to £445.5million over the period.

Having previously axed its final dividend for last year, the FTSE-250 listed company has decided not to resume payouts to shareholders yet, saying it will do so ‘as soon as operational and financial conditions normalise’.

The company’s doorstep lending arm, CDD, took the hardest hit in the last six months, with losses more than doubling to £37.6million.

Meanwhile, Vanquis Bank posted a profit of £11.8million for the first half, but this still represented a marked drop on a year earlier, when the lender reported a £90.5million profit. 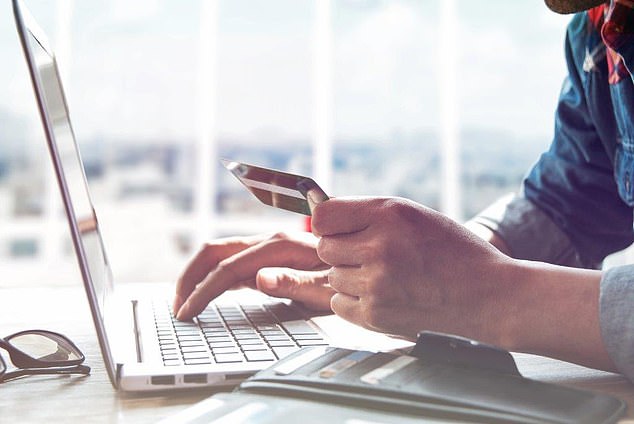 Payback time: Provident now plans to repay all the cash it received from furloughing staff back to the Government

Vanquis Bank also made a first-half impairment charge of roughly £70million from the impact of the pandemic and the adverse macro-economic outlook.

Provident said the profit drop at Vanquis Bank had been driven by a reduction in customer spend and impairment caused by the pandemic.

Provident’s car finance division Moneybarn remained open during lockdown and delivered a pre-tax profit of £2.4million for the period, down on the £15.5million reported a year ago.

Levels of arrears and payment holidays due to the pandemic have returned to more normal levels, below 4 per cent, Provident said.

It claimed that its customers were ‘typically less sensitive to changes in economic conditions as they are more used to managing on tight budgets and they have lower levels of debt than prime customers.’

Le May said: ‘The group’s response to challenges brought on by the early stages of Covid-19 was swift, putting us in a stronger position heading into the second half of 2020.

‘Since the end of June, some encouraging signs of increased activity levels in our markets can be seen, with improving customer demand and spending trends evident.

‘However, the potential economic shock, and uncertainty, that Covid-19 will bring to the UK economy over the coming months must not be underestimated. Looking to the full year results, the Group continues to trade in line with internal plans.’

Nik Lysiuk, an analyst at finnCap, said: ‘Demand for used cars has rebounded strongly according to Moneybarn, and despite tighter underwriting July was a record month.

‘This suggests that perhaps the share price of S&U shouldn’t be drifting as low as it has.

‘For Provident itself, it’s a positive among a world of pain and the recovery could be slow and drawn out.

‘Not one that I would want to get behind at this stage given the increased provisions for both impairments and macroeconomic pressures. Of course these provisions could unwind in future and boost a potential recovery, but it’s way too early to tell if Provident can survive intact.’