There’s a sublime Ajax video clip which captures precisely what Manchester United are looking for by bringing back players from the club’s halcyon days as executives.

A euphoric Edwin van der Sar (chief executive) and Marc Overmars (director of football) approach the away end in the heady aftermath of the recent Champions League quarter final win at Juventus.

Van der Sar is punching the air when Overmars launches into a belly flop across the pitch, gets to his feet, straightens his tie and walks away. Van der Sar grins and aims a kick up his backside. 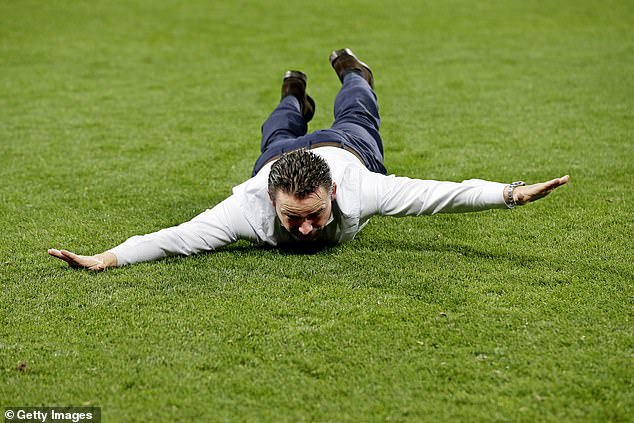 The only footage of United executives we’ve seen during these torturous past six years has featured a haunted Ed Woodward in the stands after some setback or other.

As the club’s interminable transfer market merry-go-round strikes up yet again, you wonder why on earth Van der Sar is not the one the club are moving mountains to bring back.

Chief executive, director of football – the title doesn’t much matter. The point is that he is light years ahead of those whose names – Mike Phelan, Darren Fletcher and now Rio Ferdinand – have surfaced in the past few weeks as contenders for some kind of overseeing role.

Sir Alex Ferguson, who signed Van der Sar in 2005, always said that there were no short cuts to success in the game and the individual in question has covered the hard yards to understand the way a football business runs.

When we met in Amsterdam a few years ago, he was the club’s marketing director. 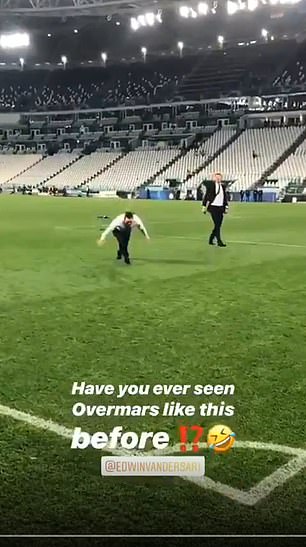 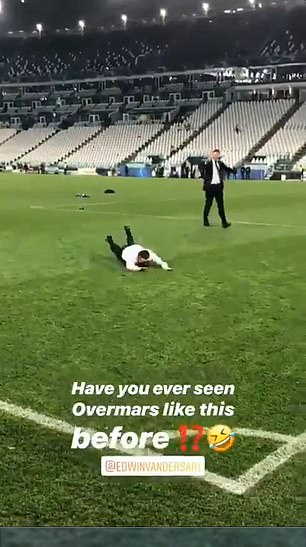 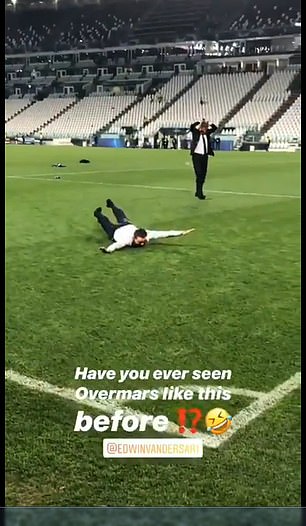 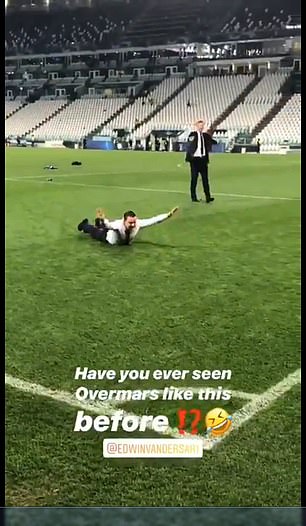 He kept a ball in his office, fetching it out to re-enact a training ground moment with Louis van Gaal, United manager at the time, and you sensed how much he missed the grass.

But he was developing a quiet authority and understanding of the football business at the time.

Though Henri van der Aat and Joroen Slop were Ajax’s commercial and finance directors, the pursuit of a lucrative new kit sponsor was a part of his remit.

He’d introduced a new incentive for corporate box-holders to renew: a one-hour presentation from the quintet of ex-players running the club at the time – Overmars, Wim Jonk (academy director), Dennis Bergkamp (assistant manager), manager Frank de Boer and him – with a half hour Q&A followed by drinks between all parties at the bar.

‘I’m not the marketing director who only wants 25 per cent a year on the revenues,’ Van der Sar said. ‘In the old days you sold something and you would be happy. At Ajax, we thought we needed more from that than selling a seat and making five grand…’

United have become a club in search of ‘the five grand.’ Their recent season ticket text message reminders, sent between two humiliating defeats to Everton and Manchester City, encapsulated how the money-making apparatus precedes everything. 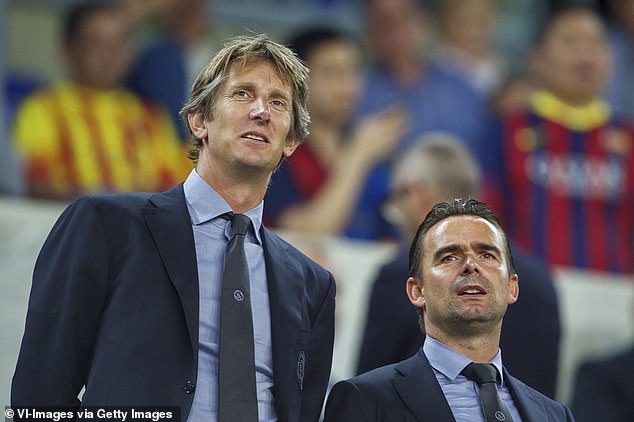 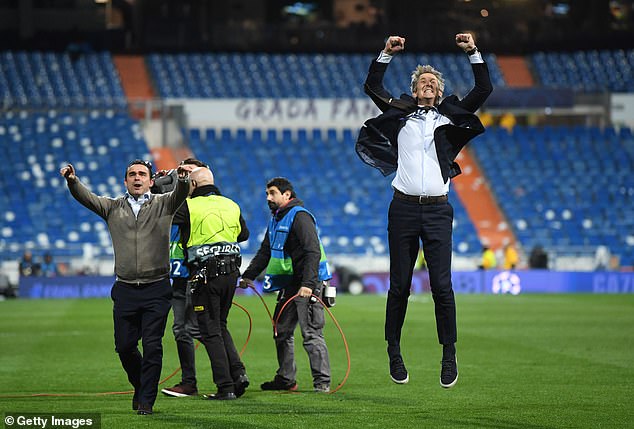 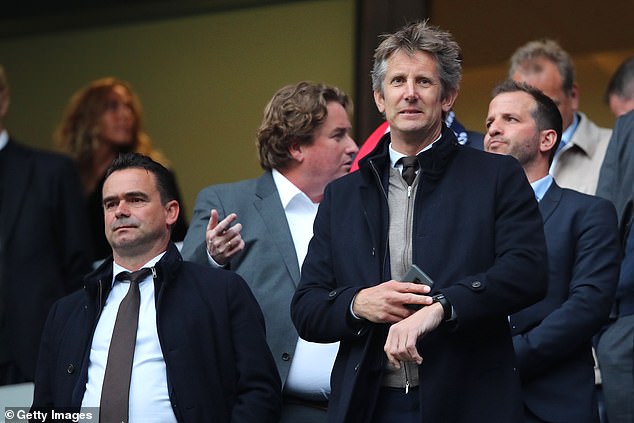 Their stadium is leaky and careworn. Their transfer spend is ridiculous. The club harbour some hopes of weighing off £500,000–a week Alexis Sanchez on loan this summer by continuing to foot £300,000 a week of his wages they signed up to, in British football’s most profligate deal of all time. Good luck with that.

Focus tends to fly out of the widow when there is a bottomless pit of money, though Ajax’s purchases have shown the converse.

Daley Blind – rejuvenated back in Amsterdam – was a signing inspired by the success of Frank Rijkaard in 1995, getting an old hand to guide the youngsters.

David Neres was spotted at Brazilian side Sao Paulo and Hakim Ziyech at a relegated Twente.

United would never have signed such players in the post-Ferguson era. Nor enough stardust. 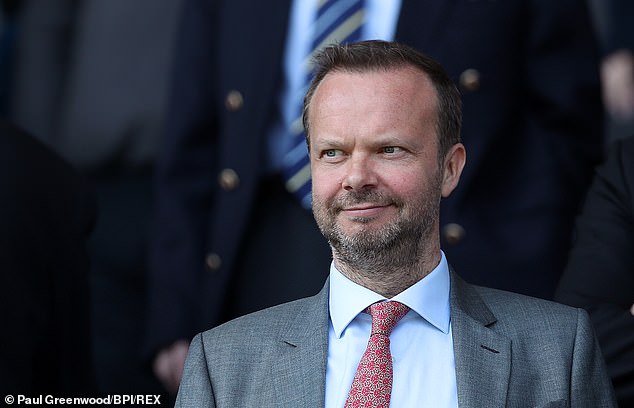 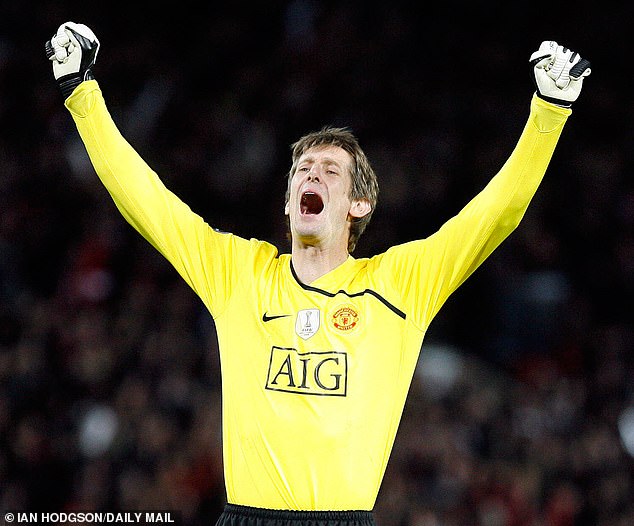 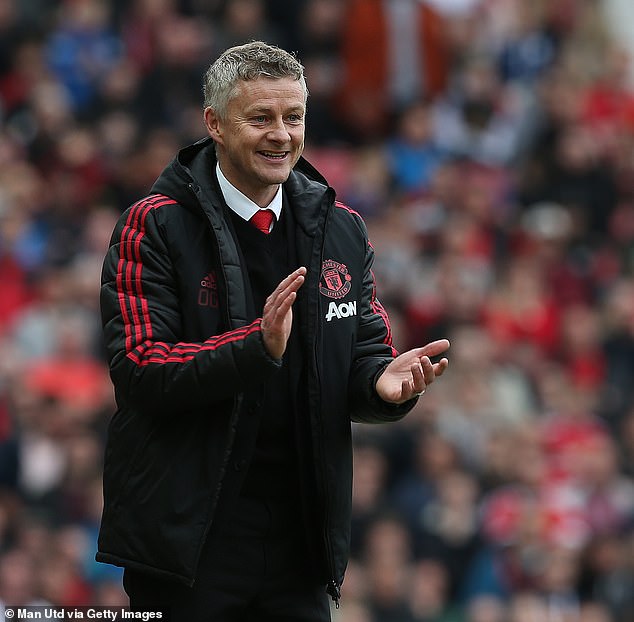 Which is why someone of intellect, pedigree and stature is required to restore the right priorities and end the air of desperation which has enveloped the place.

Someone to tell players who agitate to go that they can see themselves out. And someone with the authority to challenge the manager – as he and Overmars did, to huge effect – when Erik ten Hag was under fierce criticism for the side’s lack of panache.

United are involved in an endless spending quest to prove they are still the mighty European power, though that has never been their way.

‘If you are a player at the Manchester City academy, what sort of hope and drive do you have as a young player, when their Champions League squad is 12 per cent club trained?’ Van der Sar said when we talked.

‘Maybe the money’s good but we try to paint a different picture.’

He was talking his old boss’s language. Ferguson would have approved.