Succession Season 3 premiere: Logan and Kendall both regroup amid a family civil war

The Roy family and their WayCorp conglomerate have been left in shambles in the Season 3 premiere of Succession, after the bombshell in the Season 2 finale.

Kendall Roy (Jeremy Strong) dropped a bombshell in the Season 2 finale, exposing his father as complicit in sexual abuse and other allegations.

As Season 3 begins, both Kendall and his legendary father Logan Roy (Brian Cox) both struggle to find their footing as a the Roy family wages civil war on each other.

Shambles: The Roy family and their WayCorp conglomerate have been left in shambles in the Season 3 premiere of Succession, after the bombshell in the Season 2 finale 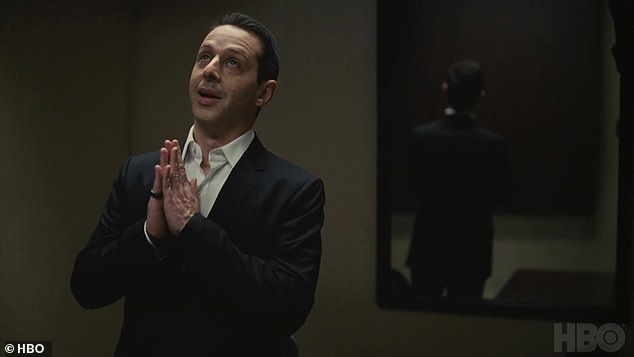 Bombshell: Kendall Roy (Jeremy Strong) dropped a bombshell in the Season 2 finale, exposing his father as complicit in sexual abuse and other allegations

The episode begins with Logan in a helicopter circling some mountains as they land in a wooded retreat.

Kendall is seen trying to calm himself down in a bathroom while Greg (Nicholas Braun) waits for them.

Logan lands with the rest of his team and his family, with Gerri (J. Smith-Cameron) revealing that Logan spent a lot of time on the helicopter ride talking about his mother.

Greg asks Kendall if he’s OK and he comes out and talks about ‘action stations’ and has them ‘get into this’ as the title sequence rolls.

The episode, written by series creator Jesse Armstrong and directed by Mark Mylod, continues with Kendall starting to lay out his strategy to Greg and Jess (Juliana Canfield).

Jess adds that they are in a company vehicle, adding he probably doesn’t work for the company anymore after his bombshell announcement in the Season 2 finale.

Shiv (Sarah Snook) and Roman (Kieran Culkin) are with their father’s team and watching footage of Kendall, as Roman asks Shiv what she thinks of all this.

She says she thinks they should back dad… but what she’s really thinking is he’s toast.

Hugo (Fisher Stevens) tries to figure out a strategy when Logan asks the kids if they knew Kendall was going to do that.

Roman adds Kendall is ‘mentally insane’ as Logan asks where his phone is.

Kendall is driving as Jess answers a call from Logan as they trade barbs through Jess, with Kendall telling him to step aside to avoid jail time.

Logan tells the team that he gave Kendall a chance, as Gerri suggests calling the Department of Justice, as Logan asks if they cooperate with the government.

Gerri says they don’t know what they have so they have to play ball as Roman suggests destroying Kendall.

Logan wonders if they admit wrongdoing there are ‘billions out the door,’ with Logan suggesting they get the President.

Greg tells Kendall that he is the ‘number one trending topic on Twitter’ and that the Pope followed him… but it doesn’t seem to be the real pope.

Kendall calls Frank (Peter Friedman) telling him that there is a place for him at the company he’s going to be running.

Gerri tells Logan that the President is supportive, and tells the President’s person that he’s not asking for favors.

She asks if there any danger of the government going after them but it’s unclear.

They get to the airfield as Kendall calls Shiv but she doesn’t say anything as Greg tells Kendall that the internet traffic is ‘positive.’

Jess tells him that they’re trying to cancel his access as Greg says this is just like OJ except for for not killing anybody.

Logan asks for a lawyer and Gerri suggests Lisa Arthur, who is played by new cast member Sanaa Lathan.

Logan sends Shiv, Logan and Gerri back to New York and asks Conner to ‘hold down the fort’ so to speak.

Conner tells his girlfriend Willa (Julia Lupe) about exploiting the ‘hate-watch’ angle of her play which could be lucrative.

It seems that Shiv and Tom (Matthew McFadyen) are still working through their marital issues after a tense conversation on the airfield.

Tom revealed in the Season 2 finale that he has been ‘unhappy’ with her for some time because she said on their wedding day that she wanted an open relationship.

Kendall goes to visit Rava (Natalie Gold) asking if they can use her home as a base of sorts for now, since he’s out of options.

They talk about how he ‘really did it,’ meaning he went after his dad, with Kendall saying the press are swarming him and he needs a ‘hidey hole’ for now.

She admits that she hasn’t watched the video but people are saying good things and he says she should watch it.

In another twist, Kendall says he’s going after Lisa Arthur – the same lawyer that Logan is going after.

Season 2 ended with the Roy family heading into a proxy battle after Logan failed to secure funding to take the company private.

Logan decided to announce a clean-up with Kendall taking the fall for the massive sexual abuse scandal that happened on the family’s cruise lines.

Kendall threw everyone a major curveball, though, revealing at the press conference that his father knew everything and orchestrated the millions of dollars in payouts to the victims to keep  everything quiet. 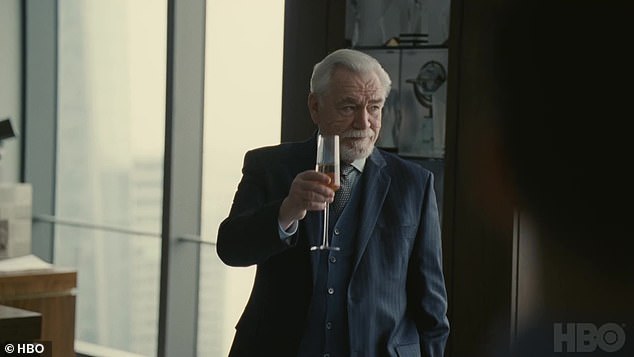 Clean-up: Logan decided to announce a clean-up with Kendall taking the fall for the massive sexual abuse scandal that happened on the family’s cruise lines

This new season will find Logan trying to secure familial and political allies in the aftermath of Kendall’s bombshell announcement.

The trailers have teased that the family has been divided with most abandoning Logan, as they near the pivotal shareholder’s meeting where the family could lose the company to Stewy (Arian Moayed) and Sandy Furness (Larry Pine).

Kendall reveals in one of the trailers that he wants to take down his father, but he also doesn’t want the family to lose control of the company. 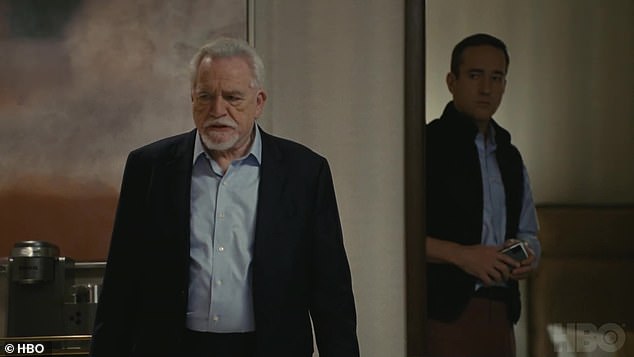 Logan: This new season will find Logan trying to secure familial and political allies in the aftermath of Kendall’s bombshell announcement

There will also be a few new characters thrown into the mix this season, played by Adrien Brody, Alexander Skarsgard and Hope Davis.

Brody will portray Josh Aaronson, described as, ‘a billionaire activist investor who becomes pivotal in the battle for the ownership of Waystar.’ 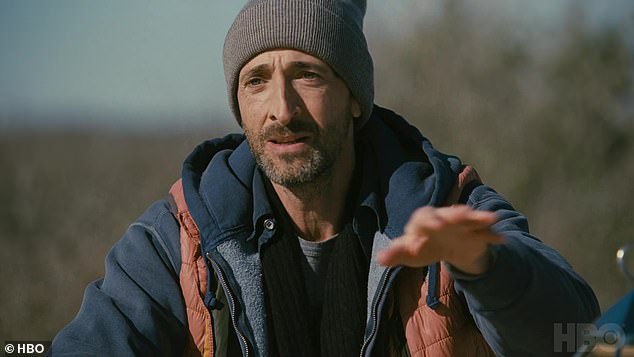 New: Brody will portray Josh Aaronson, described as, ‘a billionaire activist investor who becomes pivotal in the battle for the ownership of Waystar’

The nine-episode Season 3 of Succession will air Sunday nights at 9 PM ET on HBO. 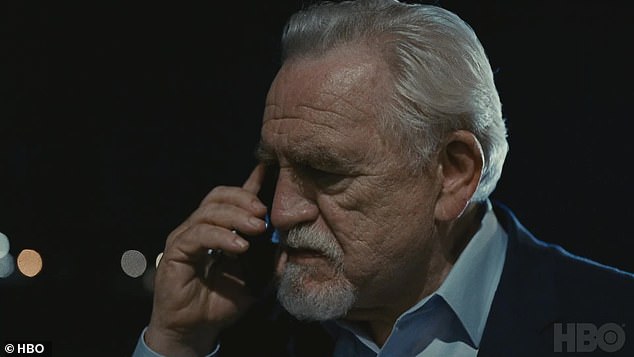 New season: The nine-episode Season 3 of Succession will air Sunday nights at 9 PM ET on HBO