Such sweet Zorro! Adorable dog looks just like the masked swordsman thanks to its unique colouring

Such sweet Zorro! Adorable dog looks just like the masked swordsman thanks to its unique colouring

This ‘masked’ dog has been dubbed Zorro thanks to the unique black birth marks covering her eyes.

Four-year-old Zorro can’t even go for a walk with her owner, Usman Kahn, 29, without being stopped by curious passersby who often think she is wearing a costume.

Like the legendary vigilante character, Zorro, the four-year-old pooch (pictured) has two symmetrical black marks around her eyes 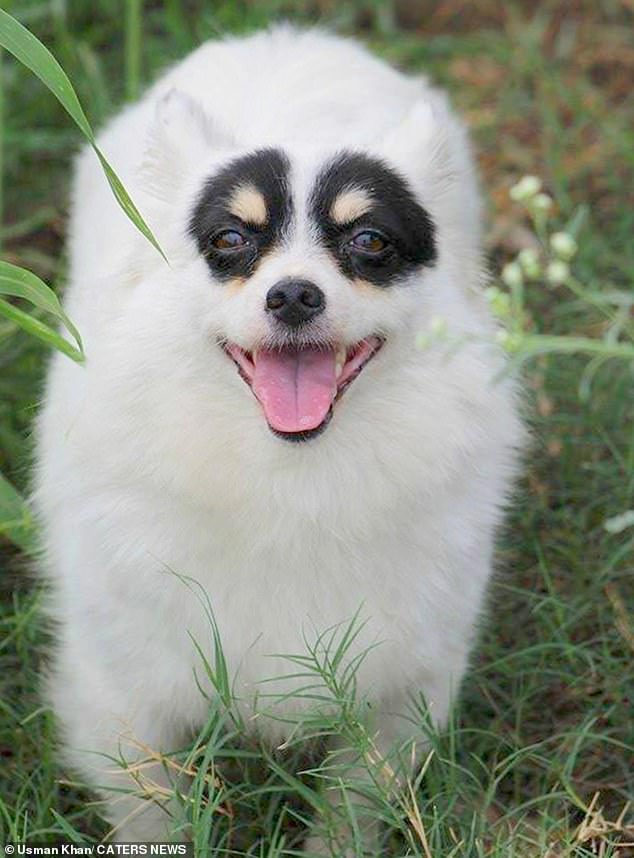 People in Pakistan have stopped Zorro the dog (pictured), thinking she was wearing a costume of the outlaw swordsman 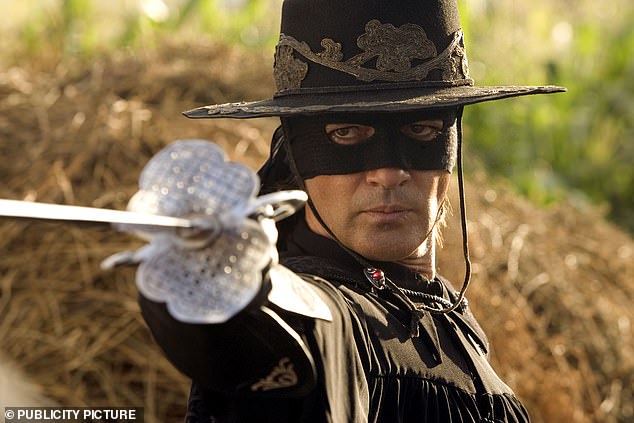 Antonio Banderas is pictured as the masked outlaw, Zorro, in the 2005 film the Legend of Zorro. Zorro, which is Spanish for fox, is a fictional character who first featured in a 1919 novel called The Curse of Capistrano by American pulp writer Johnston McCulley 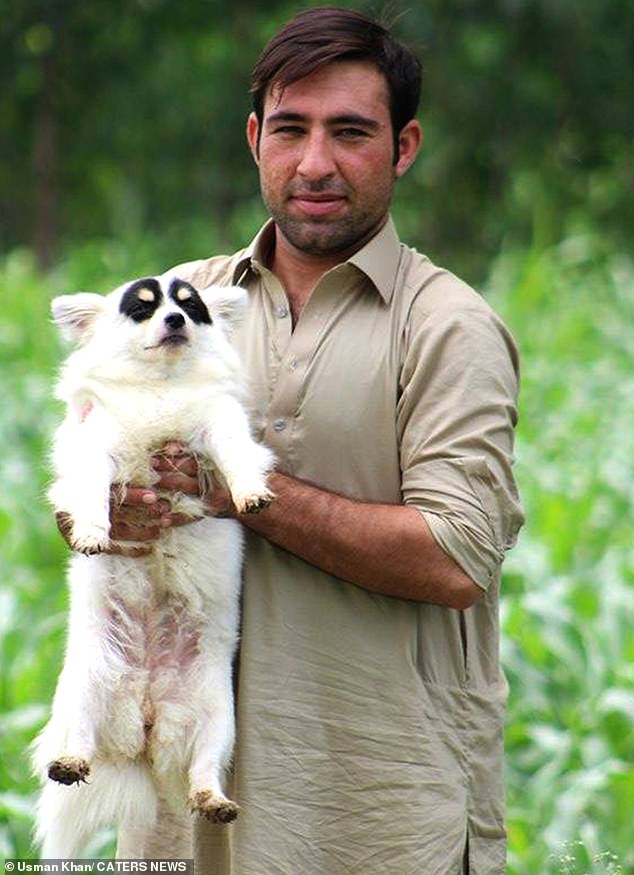 Her owner Usman Khan, 29, from Pakistan, pictured with Zorro, has said that people are shocked to see the dark marks around his dog’s eyes

Usman, from Pakistan, said: ‘I am so lucky to have her.

‘It’s so funny people don’t think it’s real at first. They call her Zorro straight away.

‘She is very loving and enjoys the attention she gets from people.’

Zorro, which is Spanish for fox, is a fictional character who first featured in a 1919 novel called The Curse of Capistrano by American pulp writer Johnston McCulley.

He is usually portrayed as a handsome vigilante swordsman who protects the downtrodden against tyrannical officials. 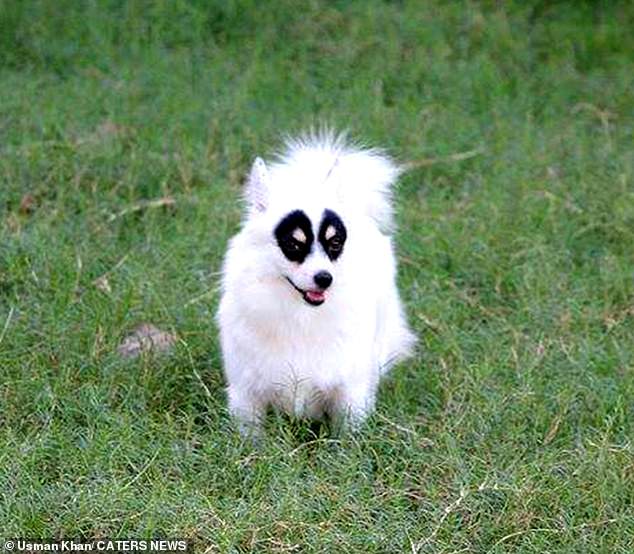 Zorro, which means fox in Spanish, is usually portrayed as a handsome vigilante with the top half of his face covered by a black mask. (Pictured: Four-year-old Zorro) 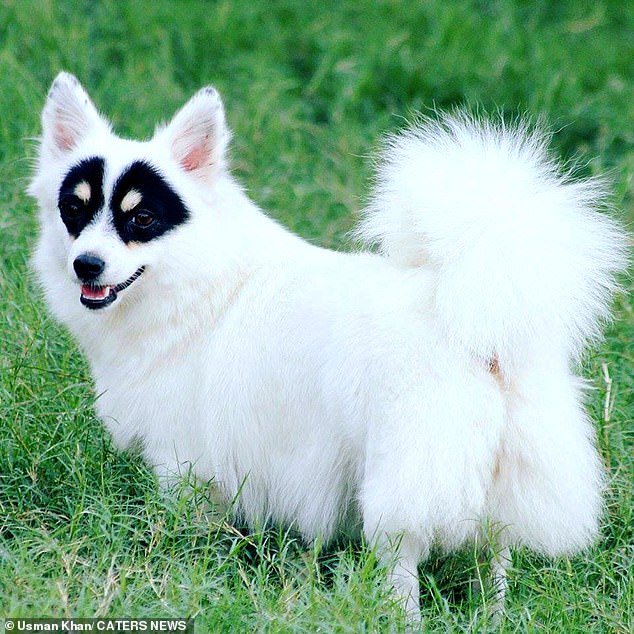 Zorro, pictured, can’t go for a walk with her owner without someone stopping the pair 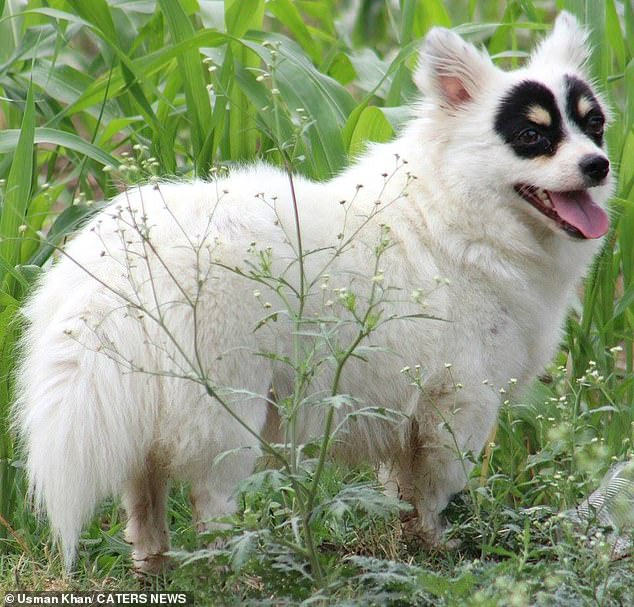 The Zorro character was first created by American pulp writer Johnston McCulley in a 1918 novel called The Curse of Capistrano. (Pictured: Zorro the dog)

In the first story, he became an outlaw after promising to ‘avenge the helpless, to punish cruel politicians, to aid the oppressed’.

The upper half of his face is covered with his signature black mask, and he dons a black cape and a black sombrero.

One of the most famous recreations of the Zorro story is in the 1998 film, The Mask of Zorro, starring Antonio Banderas.