Sudanese people smuggler, 43, is jailed for two years after cramming nine migrants including two children into inflatable boat and trying to cross Channel

A Sudanese people smuggler has been jailed for two years after cramming nine migrants including two children into an inflatable boat and trying to cross the Channel.

Altaib Mobarak, 43, also a Sudanese national, dodged French coastguards but a Border Force boat eventually intercepted him during his attempt to smuggle the passengers into the UK from France.

His sentencing came just a day before a further 164 immigrants tried to enter the UK by similar means, including a Sudanese migrant, who is believed to have drowned in the attempt.

Handout photo issued by the Home Office showing the boat used by Altaib Mobarak, who was jailed for two years on Tuesday after admitting a charge of facilitating illegal entry into the UK

Mobarak’s passengers – all ten from Sudan and Yemen – were then transferred onto the cutter and brought to Dover, Kent, where they were passed to immigration officials.

He was arrested and admitted driving the boat in an interview, which formed part of the criminal investigation into the smuggling incident.

He was jailed for two years for facilitating illegal entry into the UK at Canterbury Crown Court on Tuesday.

Dan O’Mahoney, The Home Office’s newly appointed Clandestine Channel Threat Commander, said: ‘People should seek asylum in the first safe country they enter and those attempting to cross the Channel, one of the world’s busiest shipping lanes, in unsuitable boats and without appropriate maritime skills are putting at risk the lives of all those on board. 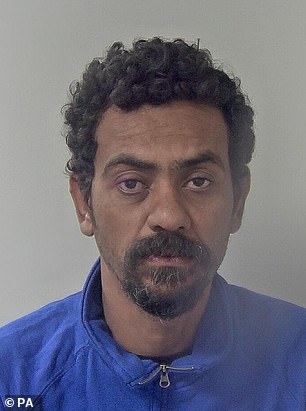 ‘It is of particular concern when, as was the case here, vulnerable children are involved.

‘It is precisely because of this risk to life – a reality that we have seen confirmed in yesterday’s tragic incident – that we are determined to put a stop to these dangerous crossings.’

A Sudanese migrant was found dead on a beach in Calais, France, yesterday. French politicians believe the teenager went missing while attempting to cross the English Channel in a small boat.

Border Force also dealt with 11 incidents of 164 people attempting to cross into the UK by sea yesterday.

Home Secretary Priti Patel commented on the death, saying: ‘This is an upsetting and tragic loss of a young life.

‘This horrendous incident serves as a brutal reminder of the abhorrent criminal gangs and people smugglers who exploit vulnerable people.’ 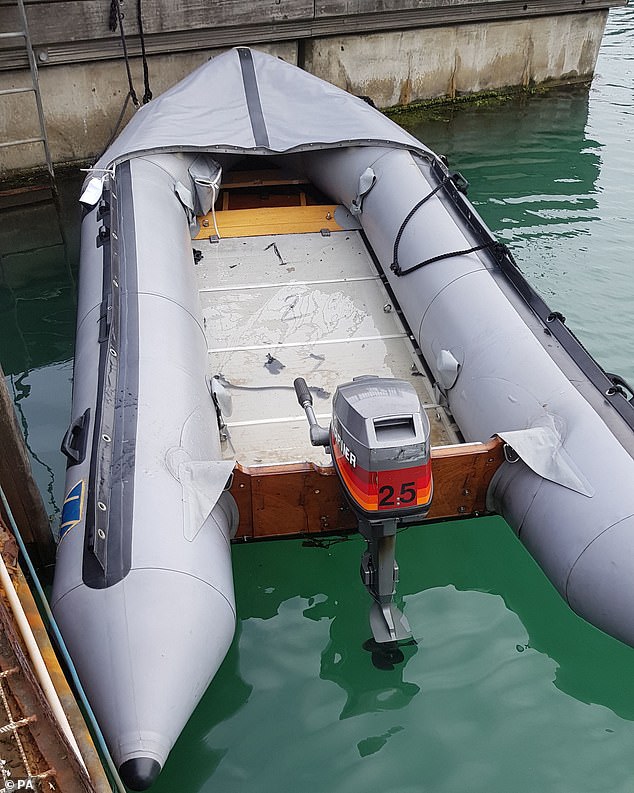 The boat used by Mobarak pictured in a handout photo issued by the Home Office. Mobarak was arrested and admitted driving the boat in an interview

This action, the department added, includes stronger enforcement measures such as adopting interceptions at sea and the direct return of boats.

Last month a joint intelligence cell was established with France and joint investigations resulted in 11 arrests, according to the Home Office.