Suicide clinics ‘to be made legal in Guernsey’

Guernsey Chief Minister Gavin St Pier, pictured, said he supports and assisted dying bill which will go before the island’s parliament in May

Politicians in Guernsey are preparing to pass a law to allow assisted dying on the island.

The island’s parliament is expected to consider the controversial proposal in May which would see assisting a person’s suicide being decriminalised.

The move could see Britons with terminal illnesses flying to Guernsey instead of needing to go to clinics such as Dignitas in Switzerland.

Guernsey’s chief minister Gavin St Pier told The Mirror: ‘This is about giving people choice and a sense that they have some control themselves, rather than being frightened, out of control and in the hands of others. That for me is why this is such an important issue.

‘I have personal experience of my father who died nine years ago. His death from cardiovascular disease was very distressing… It was not the death he would have chosen had he the choice.’

Guernsey is not part of the United Kingdom and is able to set its own laws as a British Crown Dependency.

Members of the Privy Council in Westminster could veto the plan.

Under the current system, someone assisting another’s suicide can face a maximum jail term of 14 years.

Otherwise, those with terminal illnesses who wish to determine the time of their own death are forced to go to Dignitas in Switzerland, which costs around £10,000.

Earlier this month, the High Court in London heard the latest case of a terminally ill person seeking to overturn the UK’s ‘blanked ban’ on assisted suicide.

The 54-year-old man, known only as Omid T, is in the advanced stages of multiple system atrophy (MSA), diagnosed in 2014, and has been effectively bed-bound for the past two years.

The former property developer finds life ‘intolerable’ and wants to die, but is unable to do so without help. 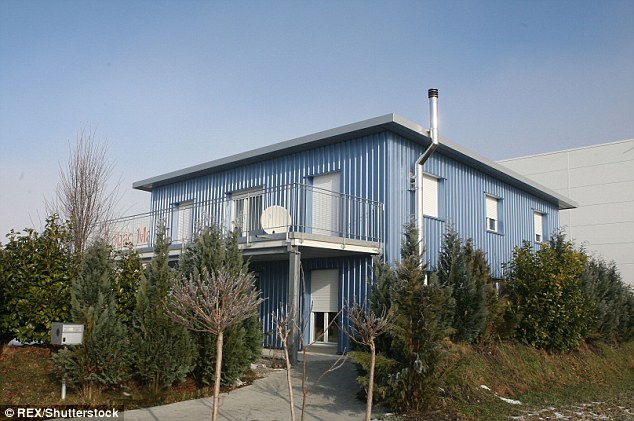 Britons currently have to fly to Dignitas in Switzerland if they wish to take their own lives in controlled circumstances at a cost of around £10,000

Omid’s lawyers are asking two senior judges for permission to challenge expert evidence on behalf of the Ministry of Justice (MoJ), which is defending the case.

His barrister Paul Bowen QC argued at a hearing in London earlier this month that it was ‘appropriate and necessary’ for an expert on palliative care in the UK to be cross-examined.

Lawyers for the MoJ contend the court should not allow the cross-examination of the witness and are urging Mr Justice Irwin and Mr Justice Phillips to dismiss the case.

Mr Bowen said Omid plans to travel to Switzerland to end his life when he has the funds to do so, but this may be sooner than he would choose if he could be helped to die in the UK.

He added: ‘Due to the unbearable suffering caused by his deteriorating physical condition, which cannot be cured or alleviated, life has become intolerable to him.

‘He wishes to end his life and has been assessed as having the capacity to do so.’

Ahead of the hearing Omid wrote on his CrowdJustice page, where he is raising funds for the legal action: ‘My health is very poor now and I just hope all this can be over soon so I can end my life.

‘I want to get a date set soon to have a peaceful ending in Switzerland.

‘I never thought it would be this difficult, it is torture for me and I don’t understand what is the use of all this suffering.’

Omid’s action is against what he describes as the UK’s ‘cruel and unjust’ law on assisted dying.

He claims the ‘blanket ban on assisted suicide’ amounts to a breach of his human rights and is calling for a change which would allow him and others with an incurable illness to end their lives.

He also proposes a system of ‘safeguards’ including an assessment of mental capacity by two independent doctors and the need for judicial oversight.

His case raises similar issues to that of 68-year-old retired lecturer Noel Conway, who has motor neurone disease and has been given the go-ahead for a hearing in the Appeal Court.