More Americans now die by suicide or from drug overdoses each year than do from diabetes, new research reveals.

The US is often described as being in the grips of an obesity epidemic, an opioid epidemic and a mental health crisis.

While the obesity epidemic is hardly to be taken lightly, the rise in deaths of despair has been squarely blamed for the declining life expectancy in the US.

Now, deaths from self-harm – whether by intentional suicide or overdose – have surpassed diabetes fatalities, according to new data from West Virginia University, the University of Rochester and Harvard University.

Deaths from diabetes (red, green) have leveled out in recent years, but self-inflicted injuries including suicide and overdoses (blue), kill 16 percent more Americans than diabetes annually

There are 29 million Americans living with diagnosed diabetes, 43.9 million who have dealt with a mental illness in the last year and 19.6 million struggle with an addiction.

But mental health conditions and addictions go undiagnosed and untreated far more often than diabetes does.

And the impact of these problems continues to get missed even after death, according to the new research.

The high-profile suicides of celebrities like designer Kate Spade and chef Anthony Bourdain earlier this year throw self-injury and mental illness into a brilliant but brief spotlight.

The same cannot said for most people who inflict deadly injuries or overdoses upon themselves.

The study authors found that when the often under-reported deaths by self-harm – like accidental or ‘undetermined’ overdoses – were included in the suicide estimate, these numbers have far exceeded diabetes deaths.

By 2014, deaths due to diabetes and those from self-inflicted acts were neck-and-neck.

Suicides and drug overdoses reached a higher death toll in 2015.

‘The rate of self-inflicted injury mortality has climbed inexorably since 2000 and was 80 percent higher [than diabetes deaths] by 2016,’ the study authors wrote. 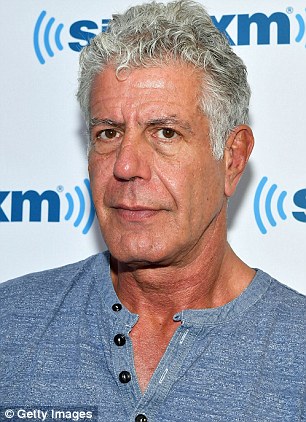 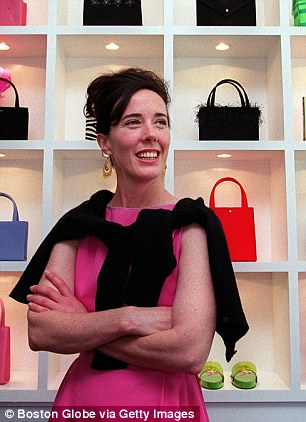 The suicides of celebrities Anthony Bourdain (left) and Kate Spade (right) caught the world’s attention, but many deaths by self-injury go uncounted, the study authors write

The authors assert that suicide and overdose death rates have been creeping up for years, but because these causes of death have been under-reported, they’ve gone under-addressed.

‘Together with misclassification of drug-related suicides, this mischaracterisation profoundly understates-and masks-the true national burden of deaths arising from self-injurious behaviors,’ they wrote in the British Medical Journal (BMJ).

Policies, public health campaigns and funding funneled toward combating the heart disease, smoking-related cancers have hlped to curb annual fatalities from these causes.

Rates of diabetes diagnoses and deaths continue to climb as well as the US implements a growing number of programs to fight the obesity epidemic – but the end of its upward trend is likely years away.

Self-injury is a far less homogeneous and less visible problem, however, and the study authors urge the US to take this into account as, combined, they are now the seventh leading cause of death in the US.

‘Turning the tide will require coalescence and coordination of upstream efforts through both governmental policies and community prevention initiatives, with a focus on common risks for diverse outcomes,’ the study authors wrote.