Suicides in Cambodia and Thailand filmed on Facebook Live

A series of tragic killings have been broadcast on Facebook Live – with one man from Thailand killing himself and another from Cambodia murdering his ex-wife before jumping of a bridge.

Thai Naphattarakul Phachayakan, 37, shot himself in the head on the streaming service after his girlfriend dumped him for spending too much time drinking with friends.

While a Cambodian man, Ra Chhay Rath, 21, killed his ex-wife on Thursday before walking to a nearby bridge where he broadcast himself jumping to his death on the social media site.

Naphattarakul had been arguing with girlfriend Noi Sitthinon, 32, at their home in Samut Prakan, Thailand, before his suicide on Thursday.

Noi had reportedly decided to break up with him over his persistent nights out drinking with his mates. 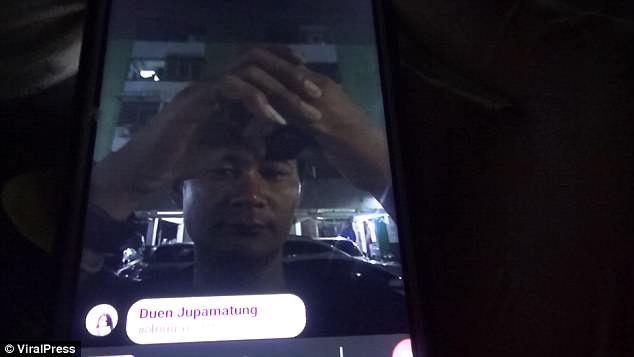 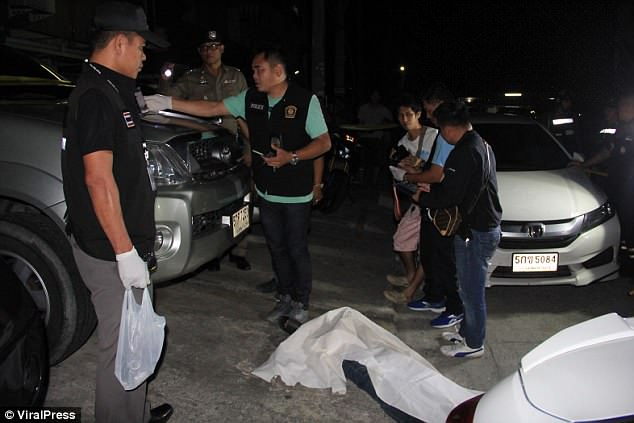 After the couple got in a heated row on Wednesday night which ended when Noi said she was breaking up with heartbroken Naphattarakul – he carried on drinking into the small hours of Thursday.

At 2.30am he stumbled outside and drunkenly put his phone on the bonnet of his car before filming the horrifying clip of his last moments.

He then silently pulled out a .38 revolver and put the gun to his head before firing the weapon for all his social media followers to see.

The chilling moments were captured on the stream – and the camera kept filming until police and his girlfriend Noi arrive on the scene an hour later.

Devastated Noi, in a pink t-shirt, was seen collapsing in tears at the scene while friends comforted her.

She said: ‘This is not real. I don’t know he did this. I cannot understand it. I just wanted to go somewhere to sleep. No, it’s my fault.’ 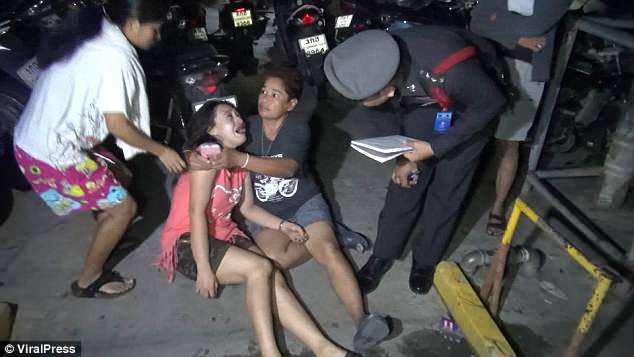 Naphattarakul’s girlfriend Noi Sitthinon, 32, could be seen in the live stream arriving at the scene an hour later 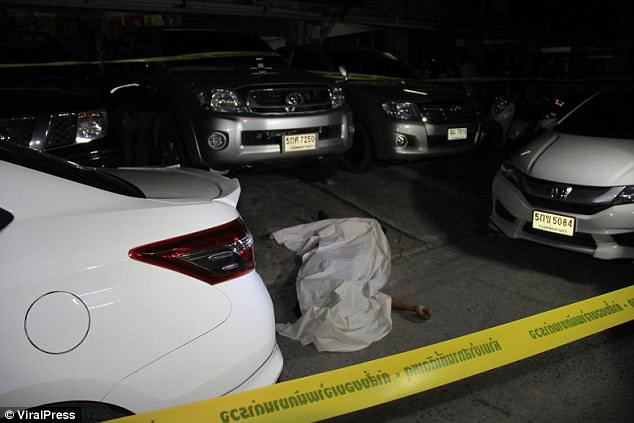 Police Lieutenant Mongkol Yiwivet, Deputy Inspector of the Bangplee district police station, said he was told at 3am about a gunshot in the car park.

He added: ‘At the scene of the parking lot was found the body of Mr. Naphattarakul Phachayakan, age 37 years.

‘He was wounded with a.38 gun at the center of the forehead, and was face-down and killed in front of a 4-door pickup truck Toyota Vigo.

‘The investigation revealed that the deceased stayed with his girlfriend. The dead man and the girlfriend always had am argument because he was not responsible for the family.

‘He would often drink alcohol with neighbours and friends. On the last day, the girlfriend took her clothes and left, leading to the situation.’ 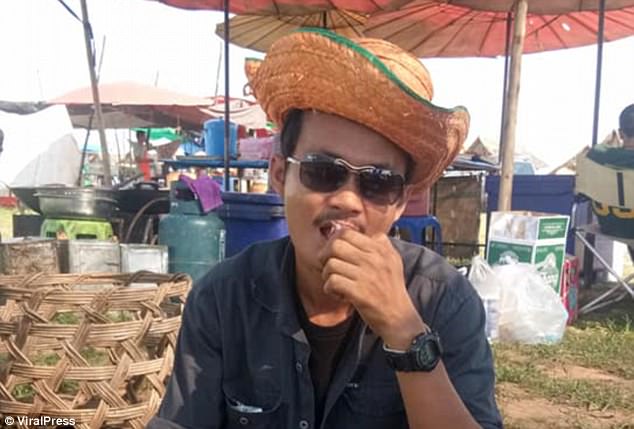 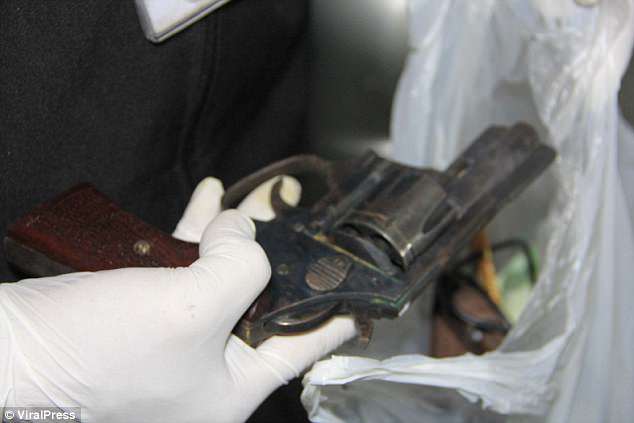 The .38 revolver used by Naphattarakul was recovered by police arriving on the scene of the suicide

Ra killed his former wife at a school on Thursday then went to the nearby Tsubasa bridge, in Kandal province, and jumped into the Mekong river. Only the suicide was broadcast, police said.

‘It has never happened before. It was the first case,’ police spokesman Kirth Chantharith told Reuters, referring to the broadcast of the suicide.

‘We are investigating to find out why he killed his ex-wife.’

Reuters was able to access videos of the suicide on Friday shared by Facebook users. It was not immediately clear whether anyone had reported the video or asked for it to be taken down.

Facebook is the social media platform of choice for Cambodians. Nearly a third of the country’s 15.8 million people are Facebook users and the network is a major source of information, particularly for young people.

A spokesman for Facebook in Singapore said the company was not immediately able to comment on the Cambodia case.

Last year, Facebook said it would expand its pattern recognition software after successful tests in the United States to detect users with suicidal intent.

Police said the man’s body had not been found.