Suki Waterhouse was sporting her usual trendy style when she stepped out for a walk in Beverly Hills on Tuesday.

Glued to her phone, she appeared to be in good spirits wearing a ripped T-shirt and sporty Gymshark leggings for the outing.

The Hammersmith-born star modelled a white ripped T-shirt with a text motif and blue stripes on the sleeves and neck.

To accessorise her look, the Billionaire Boys Club actress styled a navy baseball cap over her straight blonde tresses and a white-red-and-blue handbag over her left arm.

But she couldn’t have had much in there as she was clutching a waterbottle, portable charger and phone cable in her hands, while wearing her facemask below her chin. 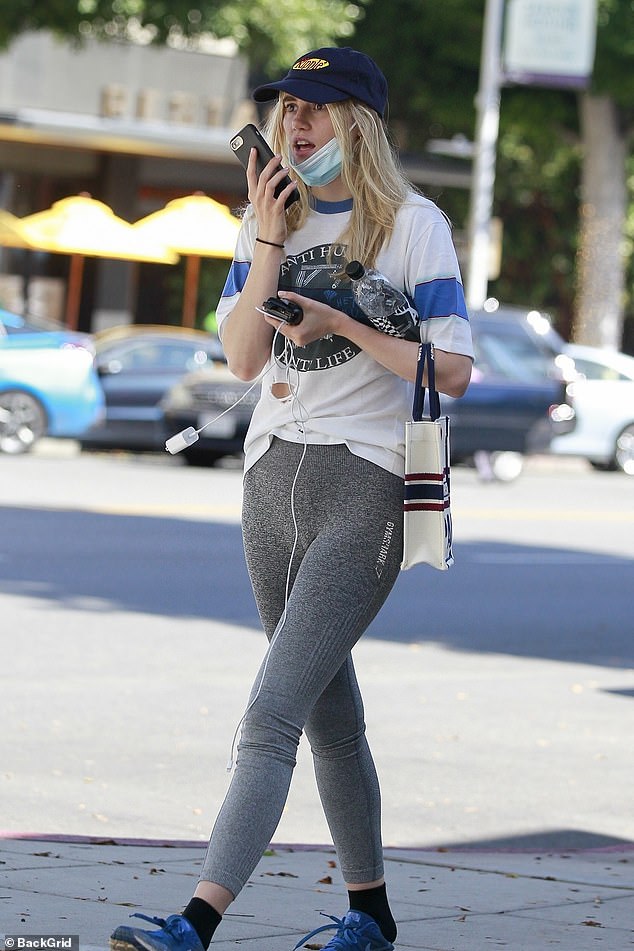 Exploring the city: To accessorise her look, the Billionaire Boys Club actress styled a navy baseball cap over her straight blonde tresses and carried a white-red-and-blue handbag

Suki was in her native city of London where she led the stars at J.Sheekey’s 125th Anniversary last week.

The model showcased her incredible figure in a white corseted dress as she embraced her lookalike sister Maddi, 22, at the event.

Suki teased a glimpse of her decolletage and her trim waist in the outfit, which she paired with black heels. 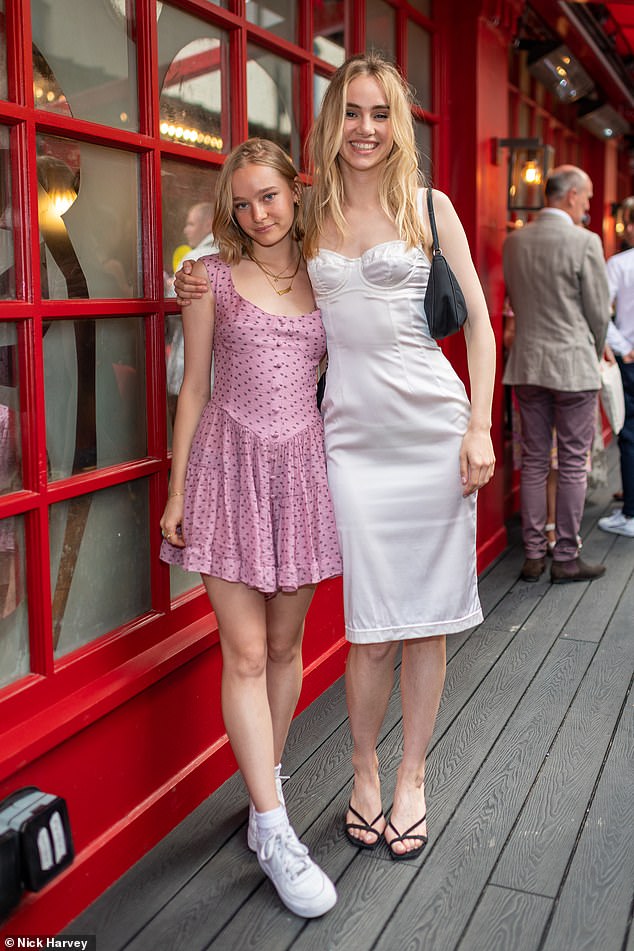 Her blonde tresses were styled in soft waves and a rich palette of make-up enhanced her pretty features.

The outing comes amid rumours that Suki and her partner Robert Pattinson have ‘discussed’ getting engaged.

However, they are said to not be planning on walking down the aisle just yet.

A source speaking told E! News: ‘Rob and Suki have definitely discussed getting engaged but are in no rush.

‘They are a really good match. They have both been spending time in the U.K. together during this last year and their relationship is stronger than ever.’

The couple were first linked in July 2018 when they were spotted leaving a showing of Mamma Mia! Here We Go Again at the trendy Electric Cinema in Notting Hill.

They’ve been known to go on double dates with pals Taylor Swift and actor Joe Alwyn, and keep in touch with each other via FaceTime when their schedules keep them apart.

Late last year, the pair sparked engagement rumours, after it was claimed they would be spending the festive season at her family home in west London. 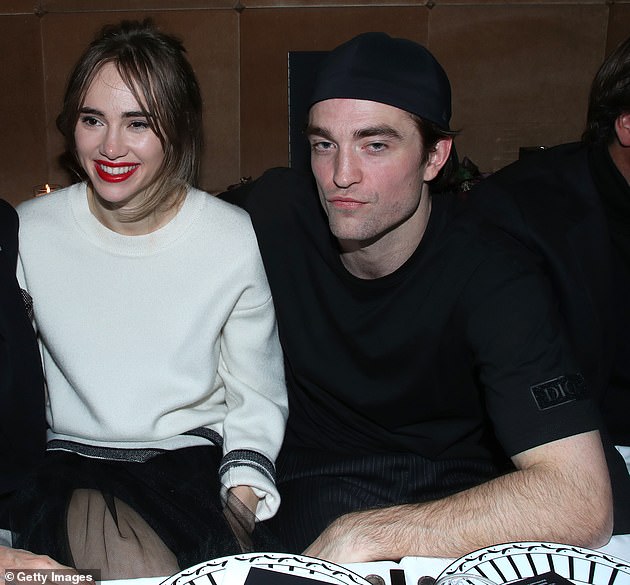 Wedding bells? Robert Pattinson and Suki (pictured in January) ‘have discussed getting engaged but are not in a rush to walk down the aisle’