A young family have been devastated by the shock death of a seemingly fit and healthy father-of-two who suddenly collapsed and died in the shower.

Jaye Goss, 36, had woken up for his usual morning wash before work when his wife, Katrina McRae-Goss, heard an almighty thump inside their Sunshine Coast home.

She rushed to check on her children, Lachy, 17 months, and Flynn, three, who were both unharmed, but she soon found her husband collapsed in the shower.

With Mr Goss unresponsive and not breathing, his wife desperately performed CPR until paramedics arrived.

Jaye Goss (right) suddenly collapsed and died in the shower, leaving his devastated wife Katrina McRae-Goss (left) and children behind 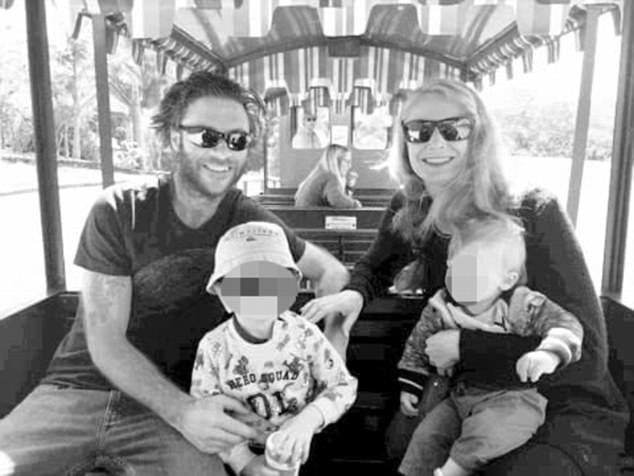 When Ms McRae-Goss heard a thump in the family home, she rushed to check on her children, Lachy, 17 months, and Flynn, three, who were both unharmed

He was rushed to a local facility before being airlifted to Brisbane Hospital, where doctors said his body had completely shut down after suffering a brain aneurysm.

‘She just wants him back… He was a young, fit and healthy man, he didn’t have health issues,’ Mr Cornish told the Sunshine Coast Daily.

‘There was no warning – one day he was fine and the next he wasn’t.’ 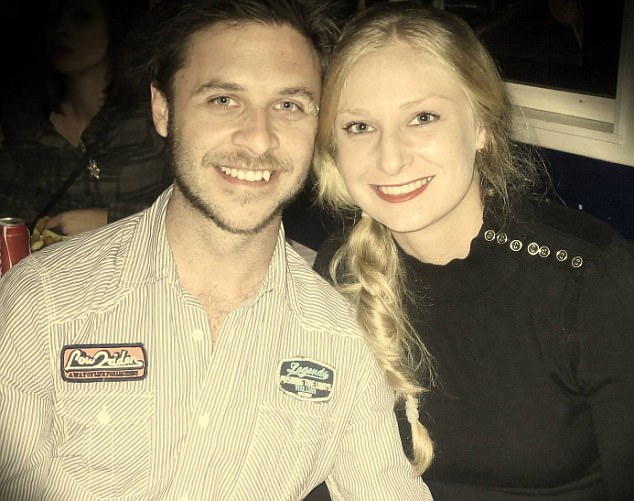 When McRae-Goss found her husband unresponsive and not breathing, she desperately performed CPR until paramedics arrived 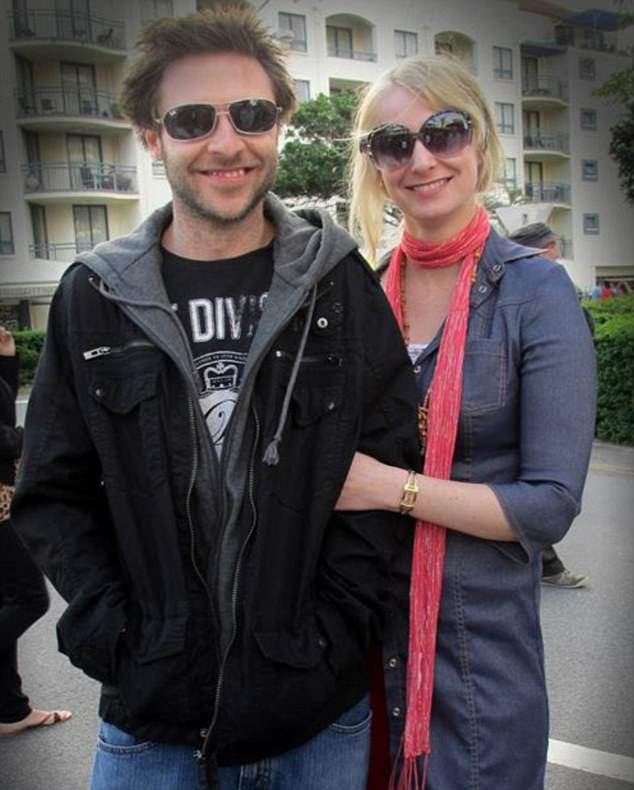 Mr Goss was rushed to a local facility before being airlifted to to Brisbane Hospital, where doctors said his body had completely shut down after suffering a brain aneurysm

Mr Cornish has started a GoFundMe page in which he revealed an incredible silver lining to his friend’s death.

‘Upon his death, he still lives on, as he was able to save five peoples lives through organ donations including his heart and lungs,’ he wrote.

Mr Cornish said the funds raised would go towards reducing the financial stress on the young family and to give them ‘the time they need to grieve’.