Super-fit grandmother, 69, reveals she does ab crunches in her bikini

A super-fit grandma who does ab crunches to stay fit and still wears a bikini has revealed she is determined not to become ‘invisible’ as she ages.

Julie Ford, 69, a part-time PE teacher from Eastbourne, East Sussex, said she is determined to ‘look and feel as good in her 70s’ as she did in her 20s.

After overcoming breast cancer in her 60s, Julie has also become a fitness entrepreneur, by creating a bespoke walking resistance band, and she now wants to encourage other older people to get out and exercise.

The grandmother said: ‘My friends jokingly tell me they hate me and ask, “Why do you look so good?”

‘I don’t know if I have just been blessed with ageing well or if this is what comes from being positive – but I think, if you feel good, then you look good.’

Julie Ford, 69, a part-time PE teacher from Eastbourne, East Sussex,  who does ab crunches to stay fit and still wears a bikini has revealed she is determined not to become ‘invisible’ as she ages

Julie, who is married to Wimbledon tennis referee Jerry Armstrong, 67, said: ‘I’ve done the fabulous 50s and the sexy 60s and now I am planning on doing the super-fit 70s.

‘I tend to cover up my arms and legs now because it’s more sophisticated for my age but I always make sure I still look sexy wearing things like frilly crop tops.

‘I have spent my whole life showing off my body, not because I am vain but because I feel good.’

Julie has loved sport an exercise from a young age and knew she wanted to be a PE teacher from the age of 11. 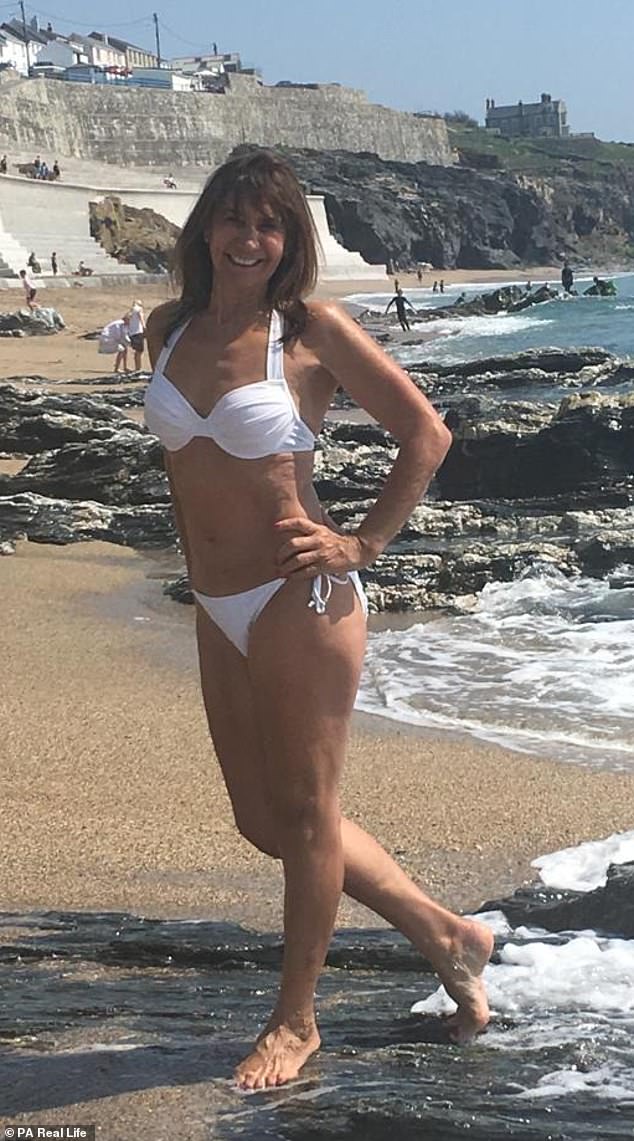 She went on to study PE at Eastbourne College then got her first job as a PE teacher at Tideway School, in New Haven in 1976.

But even outside of school, Julie has always enjoyed taking part in and teaching sport.

She said: ‘Outside of work, I have taught Jane Fonda exercise classes, as well as playing hockey and netball, and running, cycling and walking.

‘I still run, cycle and walk but I had to give up netball and hockey a few years ago because I was busy on the weekends.’ 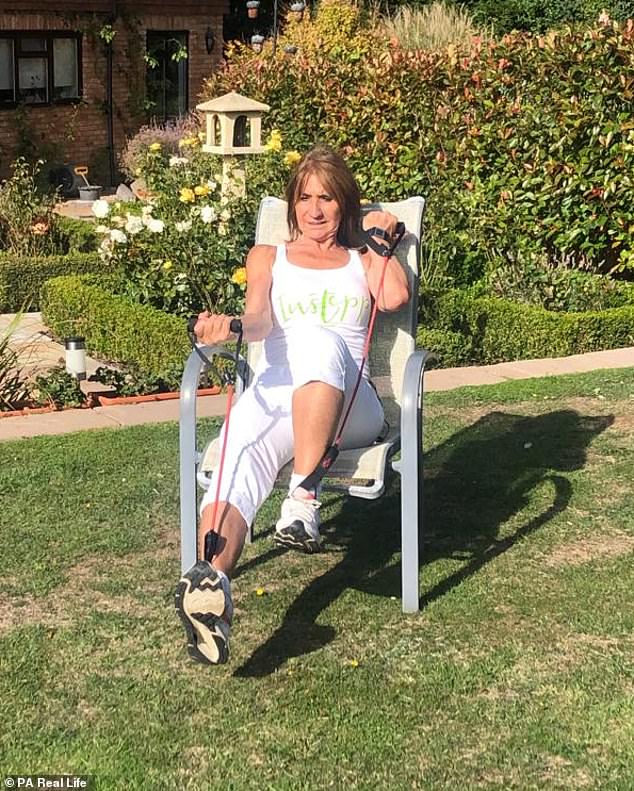 Despite always being fit and healthy, the grandmother had breast cancer in her 60s and had radiotherapy to cure it

Becoming a mother to two didn’t curb her love of fitness either.

She said: ‘I kept working as a PE teacher but outside of school, I did weight training classes and dance classes.

‘The kids would either join in or get dragged along to watch the netball and hockey matches with me.’

While Julie loved the ‘buzz’ of exercise, she also found it gave her great body confidence.

‘I worked hard at being fit and healthy, so I could look good,’ she said.

‘I used to be known as the lady in the village who cycled everywhere with hardly any clothes on because I would only wear shorts and a crop top.’ 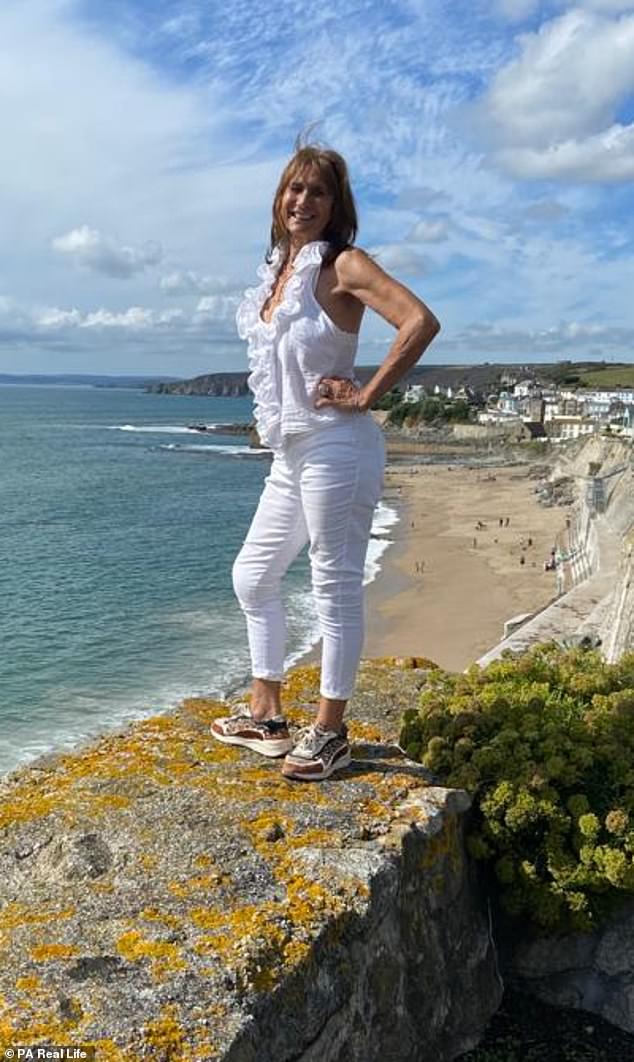 In September 2016, aged 63, Julie was diagnosed with stage two breast cancer – but it didn’t hold her back.

‘It was a routine mammogram appointment and they spotted something and called me back,’ she said.

‘When they said it was stage two breast cancer, I couldn’t believe it because I felt so healthy.’

Undergoing one month of radiotherapy, Julie said she was lucky to ‘breeze through’ her treatment.

‘It’s still hard to believe I ever had cancer, because I felt so healthy throughout,’ she said.

‘I didn’t want to give up my job so I timed my treatment around the Autumn half term so I could keep going.’ 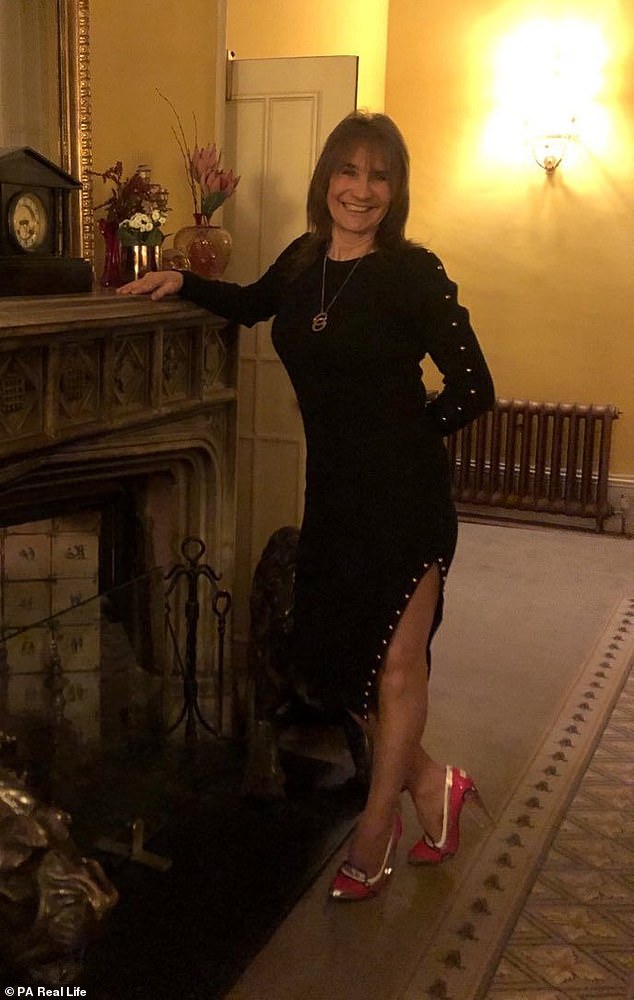 While Julie got through her treatment relatively easily, her attitude to exercise did change.

She said: ‘When I went back to the gym, I just thought “I don’t want to be here”.

‘Life is too short and I only wanted to be outside and make every day count.’

Swapping the gym for long-walks in the countryside, Julie realised she wanted something more – and began to experiment.

She said: ‘I wanted something to keep my upper body strong and toned so I tried using weights but by the end of the walk I would look like an Orangutan, because my arms would be so tired from carrying the weights. 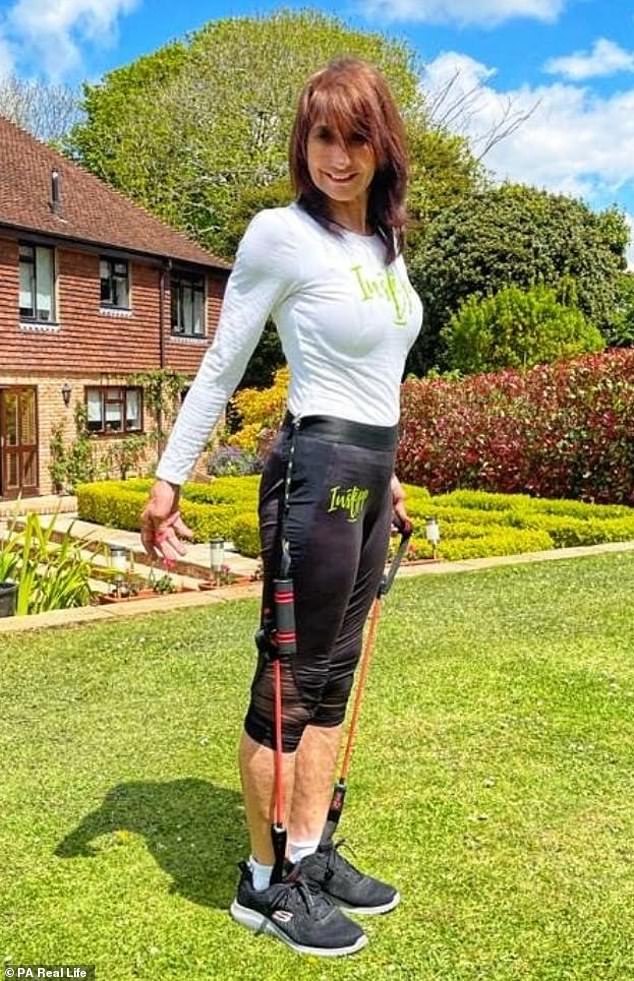 Julie, who will turn 70 next February, said she wants to feel as just as good in her 70s as she did in her 20s

‘So I dug around the garage and found some rubber resistance tubes and an old wetsuit and started trying to attach them to my shoes so I could hold them and create strain.

‘I went through about 30 different designs over the year until I found the finished product.’

Impressed with her creation, which is designed to tone and strengthen the body when combining resistance with movement, Julie launched her versatile walking resistance bands – called Instepp – in March 2018. 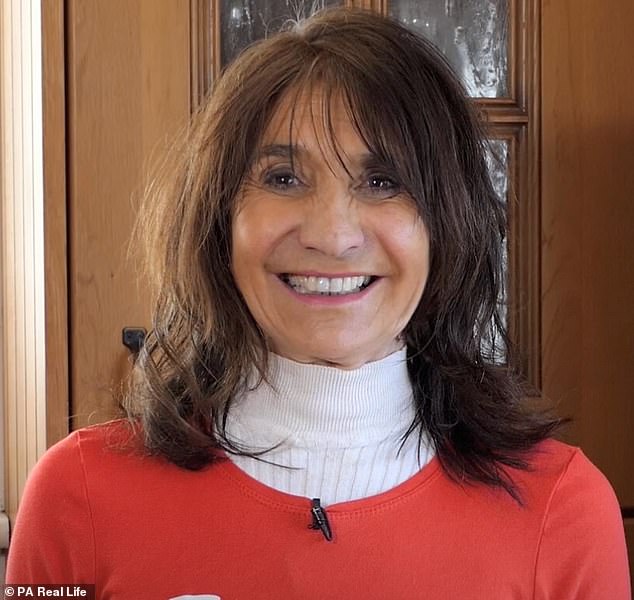 Julie said her walking resistance bands have kept her in great shape.

‘They often say once you get to 50, you become invisible but I make sure that I am not,’ she said.

With Julie’s 70th approaching in February 2023, she is making plans to celebrate in style.

‘We have a friend with a gondola from Venice and I have always loved masked balls so we may plan a masked ball in Stratford-upon-Avon for later in the summer.’

Julie has also recently become a grandma for the first time.

She added: ‘My granddaughter, Freyja, is only 13 months at the moment, so she’s not quite running around the place yet.

‘But I can’t wait till I can take her out on the bike and she can walk or cycle with me.’