Vets have performed an intricate operation to remove a large tumour from the jaw and restore the eyesight  – of a goldfish.

Family pet Eric can now swim happily again in his tank after going under the knife for the 30 minute surgery.

The six-year-old was treated at Great Western Exotics veterinary practice in Greenbridge, Wiltshire, after his owner became concerned about the large growth in his mouth.

He said: ‘Eric was anaesthetised using a special fish anaesthetic placed in water.

‘He was immersed initially to send him to sleep, then a tube was placed in his mouth to allow delivery of anaesthetic and water over his gills throughout the procedure.’

The team used electronic forceps to control Eric’s blood loss during the operation. 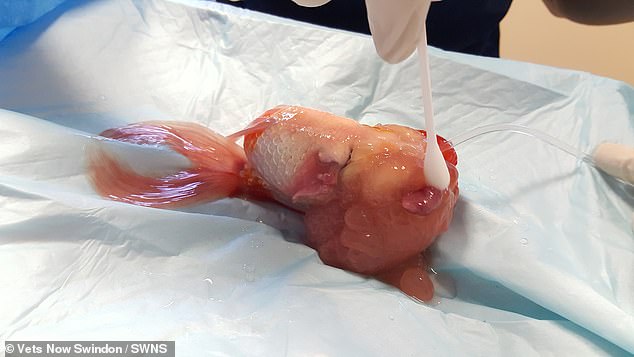 During the surgery the bubble-like hood, called a wen, that had grown over the fish’s eyes was cut back so he could see again

‘We then used radio surgery and very fine surgical instruments to remove the tumour beneath his jaw,’ added Dr Abou-Zahr.

‘The tumour was sent away to be analysed and thankfully was benign, although quite locally invasive – meaning there is a chance it will return.’

Eric is an orange oranda goldfish, a breed that has a bubble-type hood on its head called a wen. 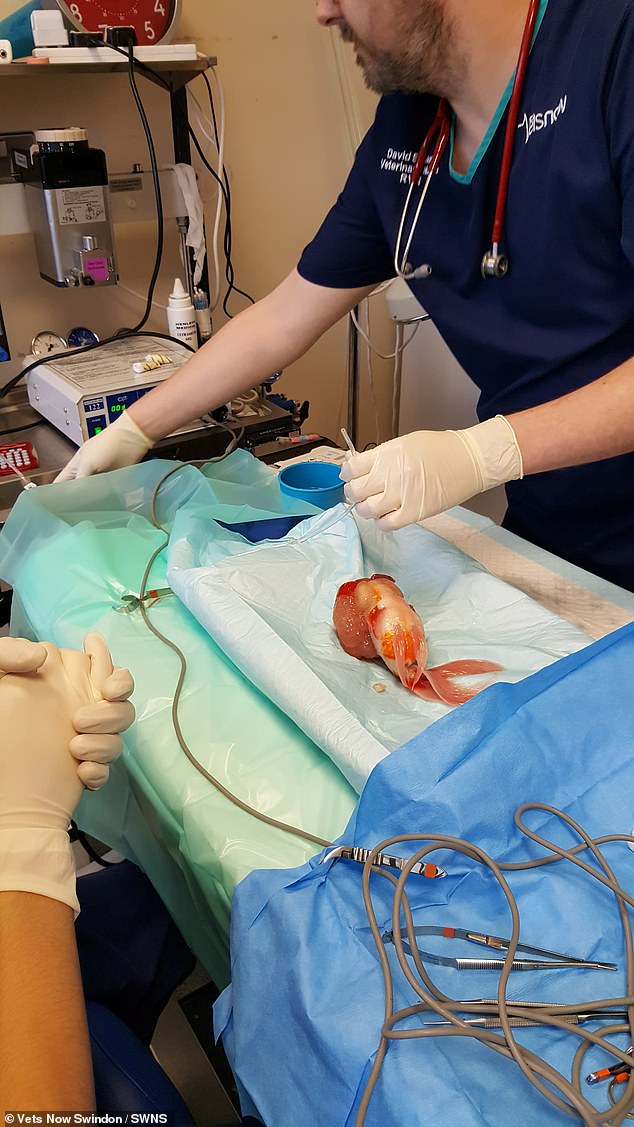 On the operating table: Electronic forceps are used to stem blood loss from the fish as Dr Tariq Abou-Zahr completes the procedure with help from an assistant 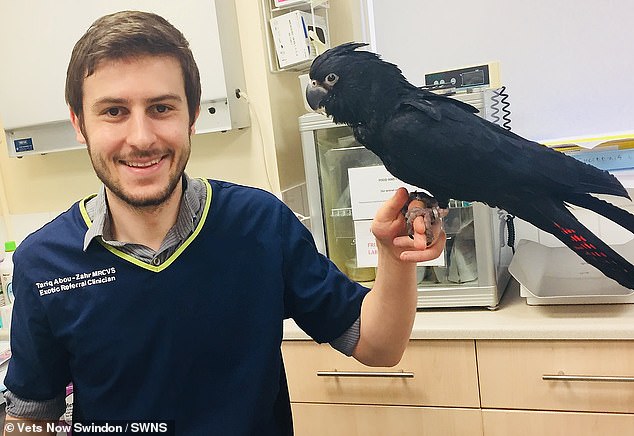 But Eric’s wen had grown over his eyes, blocking his vision. During the surgery to remove his tumour, Dr Abou-Zahr also trimmed it back to help Eric to see again.

He said: ‘I do see the occasional fish, we probably operate on one fish every six months.

‘Fish are pets like any other animal and it’s nice to get an owner that is willing to give them the best care and attempt to get them sorted when they are poorly.

‘I’ve actually only performed this kind of operation three or four times before.

‘It’s a shame that a lot of people don’t realise that we can actually do so much to treat fish nowadays. People just tend to discard them when they are poorly.’

Vets say Eric has recovered well from his surgery and is back swimming in his tank. 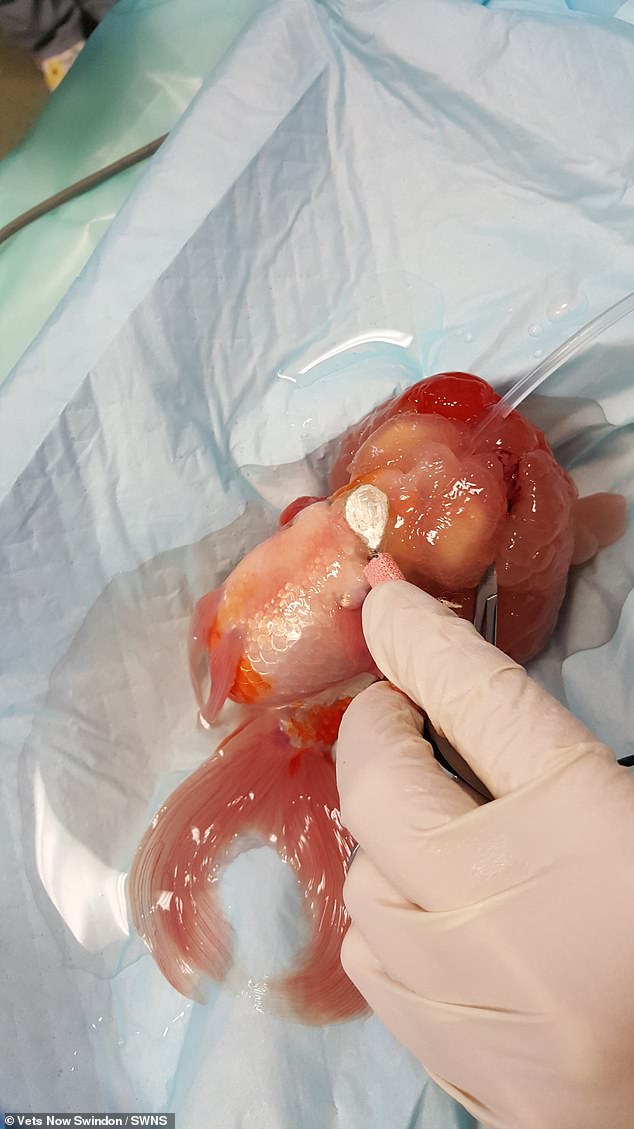