Crowds at a packed Aldi in Blacktown this week shocked many online, especially with Sydney in extended lockdown as case numbers stemming from the Indian Delta variant of Covid-19 continue to rock the Harbour City.

Some of the reduced items up for grabs included discounted Bonds underwear and children’s clothing.

Aldi’s range of ‘special buys’ are usually in stores across Australia every Wednesday and Saturday, attracting scores of customers and often wild queues before the shop even opens.

But now select special buys won’t be sold in areas in lockdown, which includes all of Greater Sydney, Wollongong, Central Coast, Shellharbour on the NSW south coast and the Blue Mountains.

Despite the lockdown in western Sydney, scores of shoppers made their way to Aldi to snap up some bargains (pictured, shoppers in store in May this year) 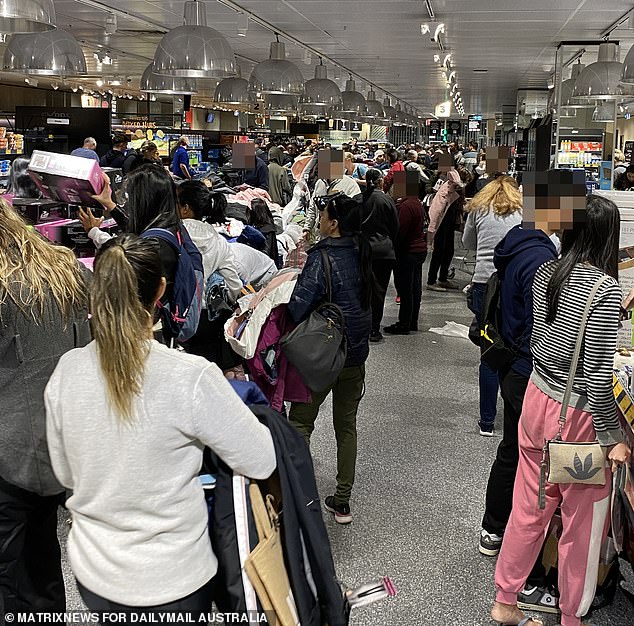 ‘During the pandemic, it isn’t in anyone’s interest, including ours, to drive peak periods of trade or encourage queues,’ a company spokesperson told Daily Mail Australia.

‘We wouldn’t knowingly participate in any activity to drive behaviours that contradict the public health orders.’

On air, Hadley accused the supermarket chain of being ‘irresponsible’ for continuing to market the cheap buys during lockdown.

‘It’s like a plague of locusts when people queue up to get there,’ he said during his morning radio show on 2GB.

‘Pull your heads in!’

Hadley’s outburst came after a listener sent a photo of a packed Aldi in Blacktown the day after an apartment building in the suburb was sent into total lockdown under police guard to deal with a Covid outbreak.

Hadley called out Aldi Australia’s CEO, demanding he appear on his show and admit the promotion is a bad idea.

‘Can the Aldi CEO Tom Daunt – don’t be daunted by my words Tom – come on here and be a bit brave, have some balls and say ‘yeah, you’re right Ray’,’ the 2GB host said.

‘Irresponsible cr*p, it is.’

‘In addition to our core range of everyday grocery products, twice a week, we offer our customers a range of Special Buys™ that can include anything from electronics, like LCD TVs and DVD players, to clothing and furniture,’ the Aldi website reads.

‘Stocks are limited, so to ensure you don’t miss out, we recommend visiting ALDI as early as possible when new Special Buys™ go on sale.’ 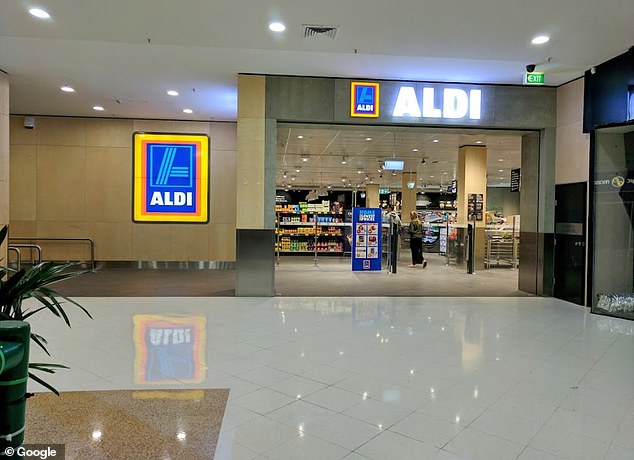