Joe Gomez will see a specialist to determine whether he requires surgery to rectify the injury that has left him a spectator in Liverpool’s title challenge.

The England defender was one of Liverpool’s standout performers in the first half of the campaign but he broke his right leg in a 3-1 win at Burnley on December 5 and his recovery has taken longer than envisaged.

Gomez started running again early last month but Jurgen Klopp revealed on Friday that the 21-year-old will not be ready for the first leg of Liverpool’s Champions League clash with Bayern Munich on February 19 and would not categorically rule out the prospect of an operation. 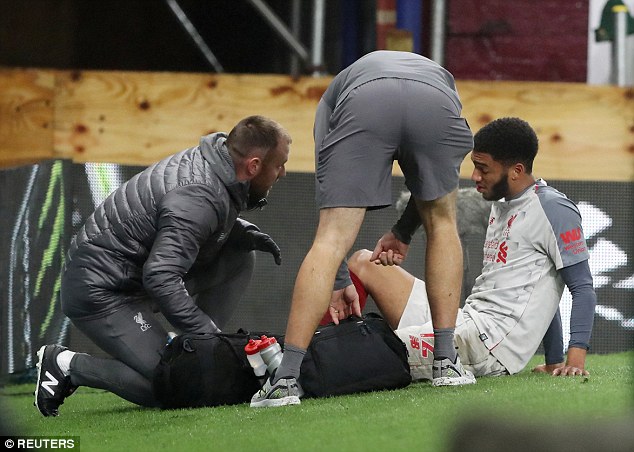 ‘It is not exactly going how we want, that’s how it is,’ said Klopp. ‘He needs more time. We will see exactly how we do it. There were different moments we thought we could do this or that. It will take time. We cannot say more.’

Pressed on whether surgery was an option, Klopp replied: ‘I don’t know. We will see. It is possible, probably.’ 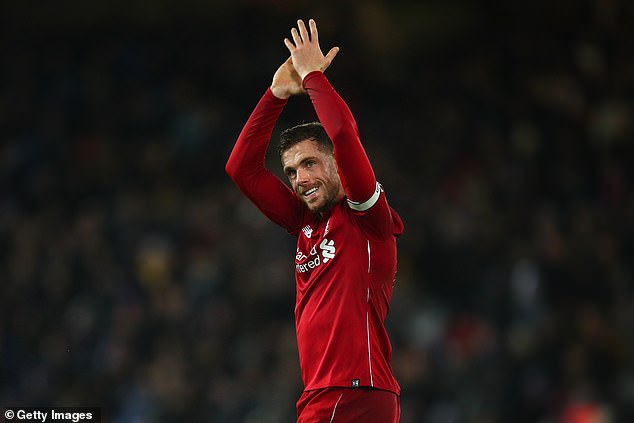 Klopp has been dealing with a number of different injury issues that have impacted on his defence. Trent Alexander-Arnold is still two weeks away from being ready for selection, despite making positive steps, while Dejan Lovren has had a recurrence of a hamstring issue.

Virgil van Dijk has recovered from the illness that blighted his preparation for the draw with Leicester City but he will be suspended for the first leg clash with Bayern, having picked up two bookings in the Champions League group stage.

Asked whether he regretted letting right-back Nathaniel Clyne leave on loan for Bournemouth, Klopp said: ‘You make the decision in the moment you have to and then people judge it later. Hendo (Jordan Henderson) did well.

‘We all know how good Clyney is, but would he have had more offensive influence in the game? I don’t know. Defensively I did not see a mistake from Hendo.’