Surprise! Mob hurling abuse at Dominic Cummings outside his family home in London were Remainers

They descended on a family home in a quiet, tree-lined street, a mob of placard-wielding protesters spewing foul messages of hate.

The Mail on Sunday can reveal that in addition to a shared desire to ‘hold Dominic Cummings to account’, those hurling abuse outside his London house appeared united by another cause: antipathy towards Brexit.

Ms Pawson, an author who worked for the BBC World Service for more than a decade, brandished a sign which read ‘Cummings, you are full of s***’. She has since defended her actions by claiming: ‘I wasn’t threatening: I was holding a piece of cardboard.’

But Ms Pawson, a staunch Labour supporter and anti-Brexiteer, has also admitted shouting ‘you shameless bastard’ as Mr Cummings, the architect of the Vote Leave campaign to take Britain out of the EU, returned home last week. In the past she has tweeted crude jokes about Brexit.

‘PROUD TO PROTEST’: Remainer Samuel Jones with his placard

Targeting Mr Cummings at home rather than outside Downing Street, where he works, has caused unease across the political divide.

Phillip Blond, the political philosopher and think-tank director, condemned the ‘mob behaviour’ as ‘deeply repulsive’, adding: ‘Those who took part in this “street justice” have departed from all standards of common decency. It is vile.’

He added: ‘He has a young child who must be stressed. I understand people are angry, but this level of abuse is unacceptable near someone’s family home. This is appalling… truly horrid.’

But the behaviour was endorsed by Shadow Foreign Secretary Emily Thornberry, Mr Cummings’s local MP, who bragged that her constituents could be ‘relied on to say it as it is’.

Her comments caused a backlash on Twitter, with one woman posting: ‘Lovely, condoning “lynch mobs” especially when there is a child in the house. Other children living nearby seeing this barbaric behaviour. What are we teaching them?’ 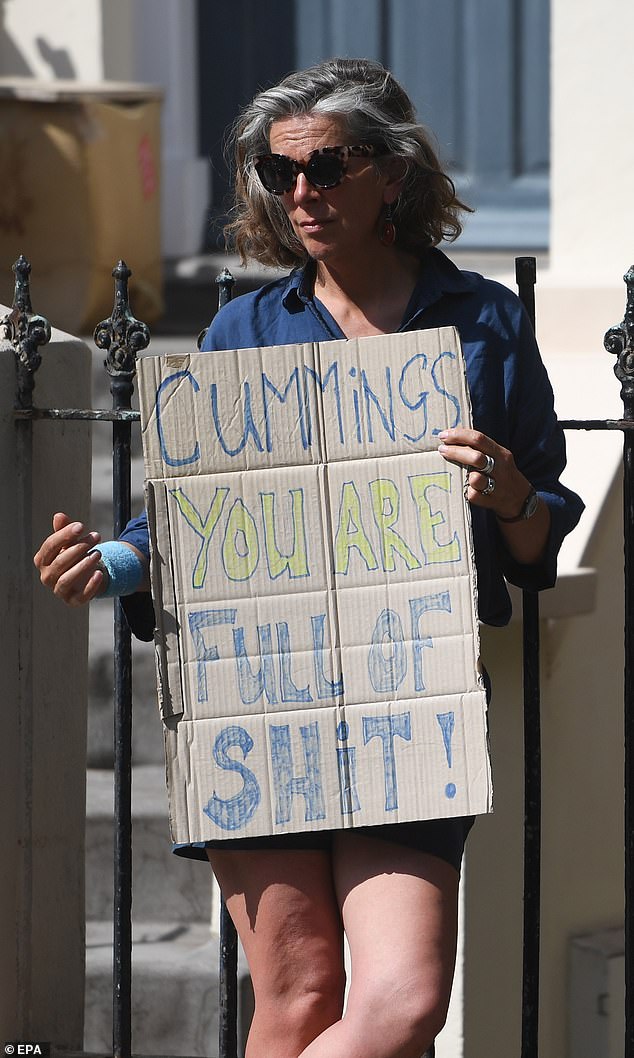 ‘I’VE NO RESPECT FOR HIM’: Ms Pawson and her crude sign

Beside Ms Pawson stood Samuel Jones, another Remainer, who held a sign saying ‘Demonic Scummings must go’. After Guardian columnist Marina Hyde condemned the ‘disturbing’ scenes, Mr Jones wrote to the newspaper, saying: ‘Please don’t allow Mr Cummings to weaponise this legitimate protest by evoking images of misbehaving protesters. We, as with the lockdown, obeyed the rules.’

Mr Jones, who has worked on programmes for the BBC, Channel 4 and Sky, said he was ‘proud’ of his role in the protest, but admitted: ‘I was conflicted about whether it was the right thing to hold my protest outside Cummings’s home – it’s not my usual style – but there are good reasons… to take this out of the usual more official channels, because Cummings has consistently demonstrated he has no respect for conventional channels and is accountable to no one.’

In a statement to The Mail on Sunday, Ms Pawson called Mr Cummings a ‘liar’ and a ‘dangerous man’. She said: ‘He seeks to undermine our democratic institutions. He shows no respect for the men and women working day and night at our hospitals to save lives – professional people who have repeatedly asked all of us to stay home. I have no respect for him at all.’

It is hardly the sort of behaviour expected from someone with the grandiose title ‘composer-in-residence’ with the Royal Opera House.

In a picture that will shock the genteel world he inhabits, Oliver Leith, 29, one of the brightest stars in classical music, taunts Dominic Cummings with a vulgar gesture outside his home.

Something that he instantly regretted perhaps? Not a bit of it. Mr Leith gleefully shared the image with his Twitter followers and received 86,000 likes, with many congratulating him.

As the adviser ran a gauntlet of abuse on his way home last Sunday evening, Mr Leith smiled for the camera while holding his two middle fingers up. 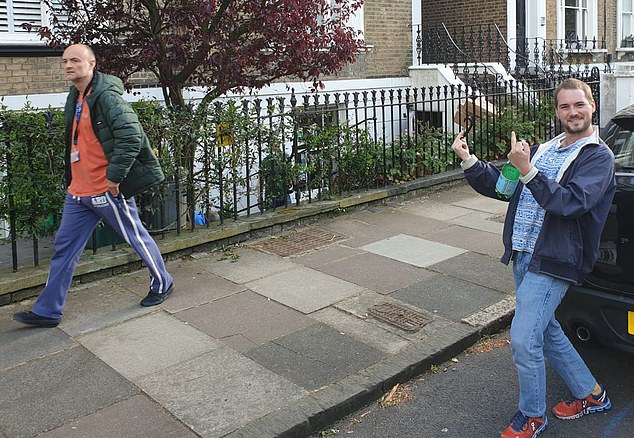 In a picture that will shock the genteel world he inhabits, Oliver Leith, 29, one of the brightest stars in classical music, taunts Dominic Cummings with a vulgar gesture outside his home

Not all his followers thought him clever. One said it was an example of ‘how juvenile and spiteful the metropolitan Left really are’.

Mr Leith has been described as ‘one of the most distinctively expressive voices’ in his field. His music has been performed across the world and in September he was named doctoral composer-in-residence by the Guildhall School of Music and Drama in association with the Royal Opera House. The three-year post will end in a ‘major work’ composed by Mr Leith being performed at the Covent Garden venue.

Last night Mr Leith did not respond to a request for comment. 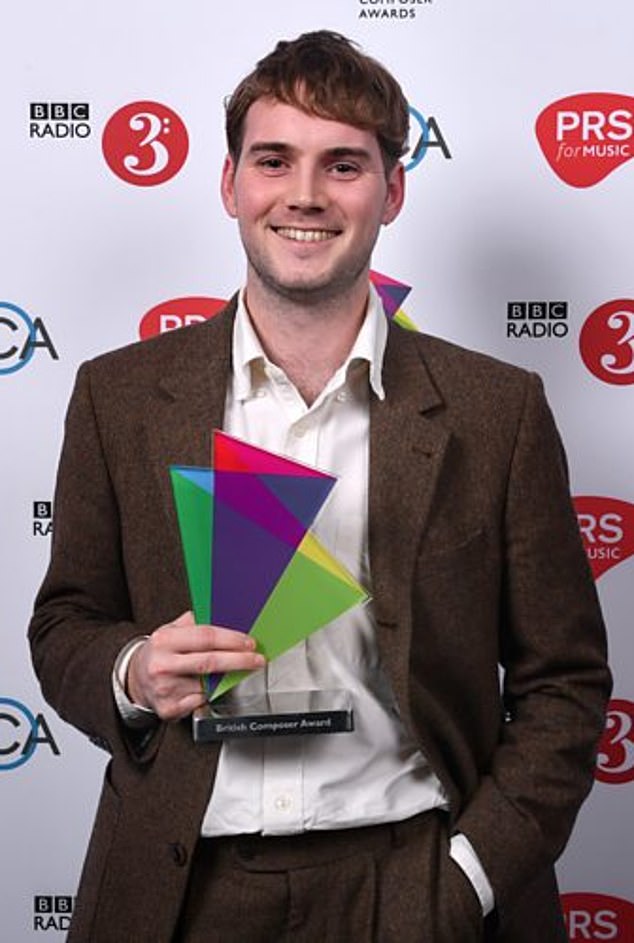