Matthew Cobden, pictured outside Winchester Crown Court, is on trial where he denies causing the death by careless driving of Alexander Worth on August 22, 2016

A businessman sobbed as he told a jury he did not do anything ‘stupid’ to cause the £1.2 million Ferrari crash that killed a 13-year-old boy.

Matthew Cobden, 39, of Walton-on-Thames, Surrey, is on trial at Winchester Crown Court where he denies causing the death by careless driving of Alexander Worth on August 22, 2016.

Giving evidence for the first time in court, Cobden sobbed as he explained he had not asked the teenager to wear a seatbelt as he only intended to take the car for a short ride.

He said: ‘I wasn’t wearing one, I didn’t put one on. It’s something I think about all the time as if I did it could have been different. When Alex got in the car I didn’t ask him either and I’m sorry I didn’t.’

Cobden said that after reversing the Ferrari out of the truck which had delivered it back to his premises, he needed to drive it a short distance to prevent damage to the spark plugs.

The court heard that the defendant offered the teenager a ride in the Ferrari F50 after Justin Smith, the partner of the boy’s mother, asked for a photograph of it.

He said: ‘I reversed it out, Justin asked me if they could take a picture of it, I try not to do things like pictures because things appear all over the internet and I didn’t want that to happen.

‘I said to Justin I have to take it down the road and if Alex wants to come with me he can.’ 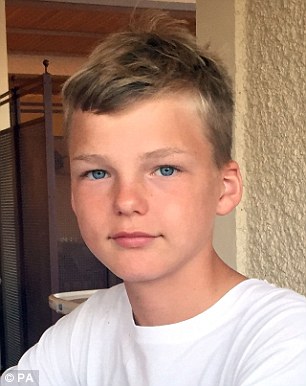 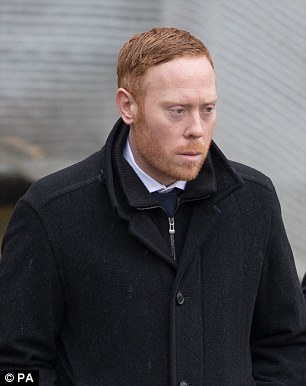 Matthew Cobden (pictured right) sobbed as he told the jury that he did not ask Alexander Worth (left) to wear a seatbelt. He said: It’s something I think about all the time as if I did it could have been different’

As the supercar drove down the farm access road in North Warnborough, Hampshire, where Cobden runs a car storage business, it hit a fence post and flipped in the air, throwing them out of the vehicle.

The court heard that the car careered into the wooden post at ‘at least 40mph’.

Cobden said he did not drive fast down the road, which has a 10mph speed limit, and drove carefully over a bridge to prevent the car’s undercarriage from getting scuffed.

He added: ‘I’m in my client’s car and the last thing I want to do is cause any damage.’

Describing the crash, he said: ‘After that I am going along, I put my foot on the accelerator and it goes, the next thing I am not in the car.

‘I do not know what has happened. All I keep thinking is that if I had done something I wouldn’t have hit the post. That is what frustrates me.’

He continued: ‘I was using the same accelerator I was doing up there, I used the same amount. 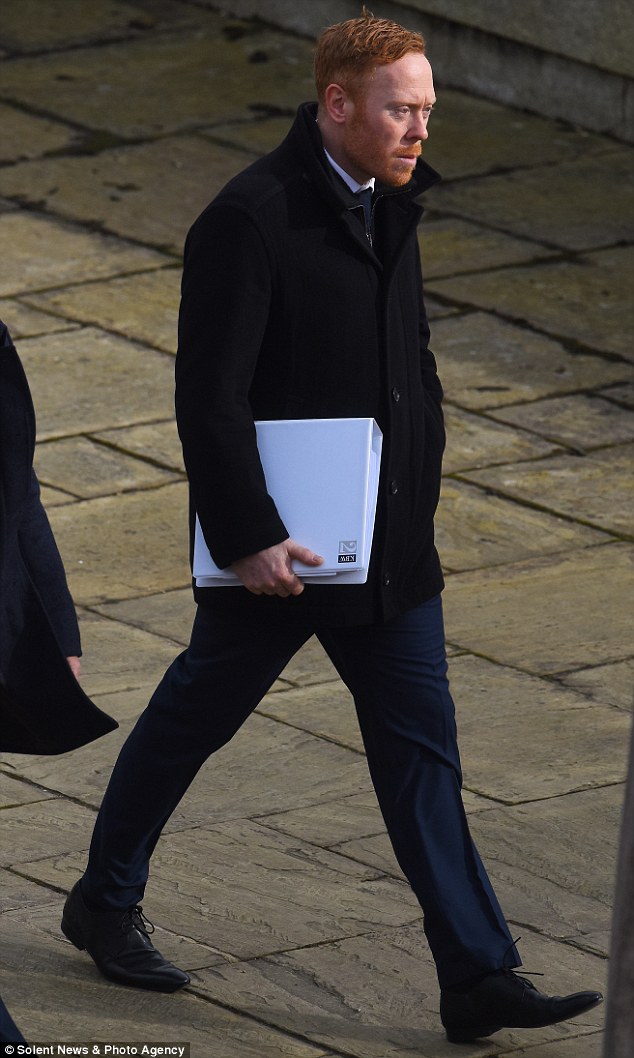 Cobden sobbed as he explained he had not asked the teenager to wear a seatbelt as he only intended to take the car for a short ride. He said: ‘I wasn’t wearing one, I didn’t put one on. It’s something I think about all the time as if I did it could have been different’

‘People are going to suggest I didn’t know what I was doing but I used the same amount of pedal as I was driving around the corner.

‘I didn’t do anything stupid, I was just trying to do my job. The next thing I remember is being out of the car.’

The defence argues that the Ferrari had a latent defect that caused it to accelerate uncontrollably but the prosecution say the accident was caused by driver error.

The court has heard evidence from the defence which claims an issue with the car meant only six of its 12 cylinders were working, and a sudden increase of speed was caused when the remaining cylinders kicked in. The prosecution refute this.

Cobden added: ‘I’m no mechanic, but I know Ferrari’s are temperamental. I know of that issue but I didn’t know it was sitting on six [cylinders] – they are very unreliable.

‘Ferrari people could tell you these things don’t happen but when this does happen to you and you experience it you find it unbelievable.’