The Gulfstream IV private aircraft had taken off La Isabela International Airport in Santo Domingo on Wednesday and was headed to Orlando, Florida, when the pilot encountered problems about 15 minutes later.

The pilot changed course and headed toward Las Américas International Airport for an emergency landing.

The video shows the jet over a grass field next to the runway before it suddenly crashed and exploded.

The Puerto Rican music producer known as ‘Flow La Movie’ (left) died along with his wife Debbie Von Marie Jiménez García (right), the couple’s son Jayden Hernández (center) and their three children after their private jet bound for Orlando, Florida, crashed and burst into flames during an emergency crash landing in the Dominican Republic on Wednesday. All three are pictured during boy’s fourth birthday 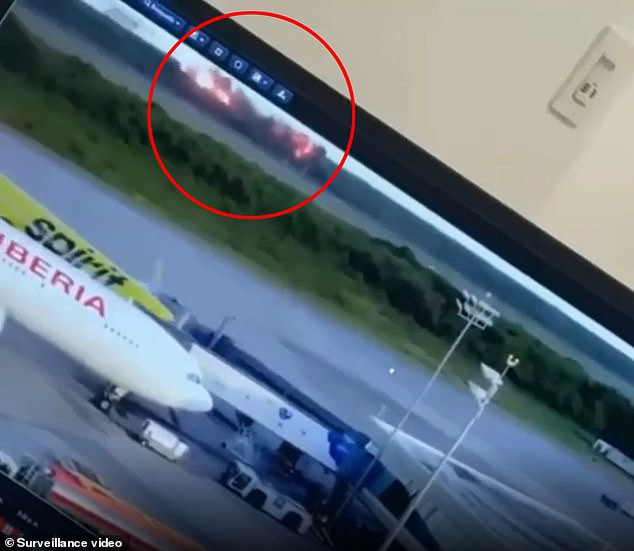 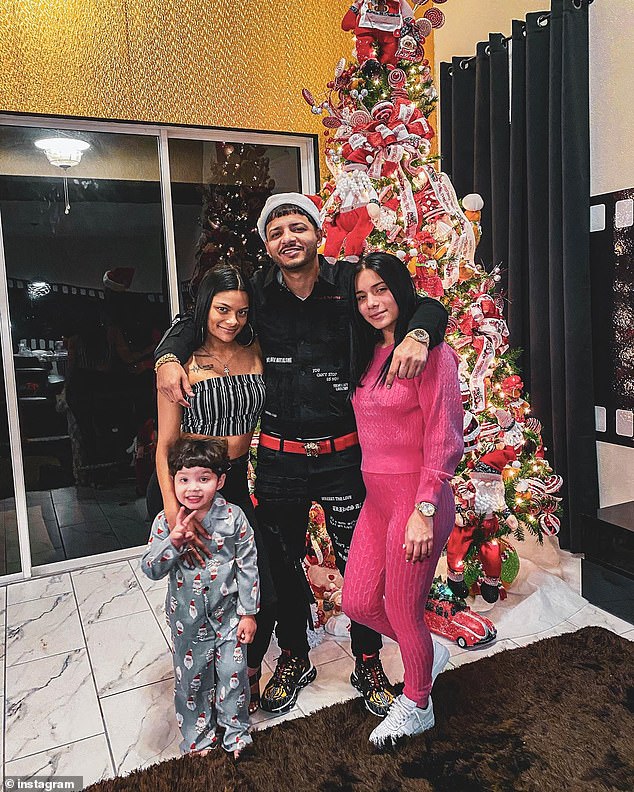 Flow La Movie’s brother, Manny Hernández, told the press in the Dominican Republic on Friday that the medical examiner was having difficulties identifying the bodies of Hernández Peña and Meléndez Jiménez because they were found sitting together in the jet.

The CIAA said the United States’ National Transportation Safety Board and the Federal Aviation Administration are taking part in the ongoing investigation and that it expects to have an accident report completed within 30 days. 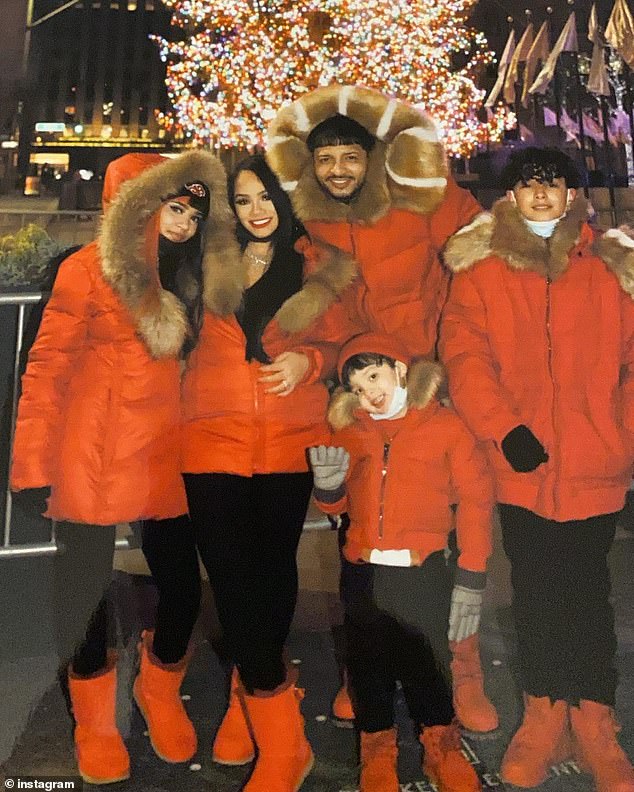 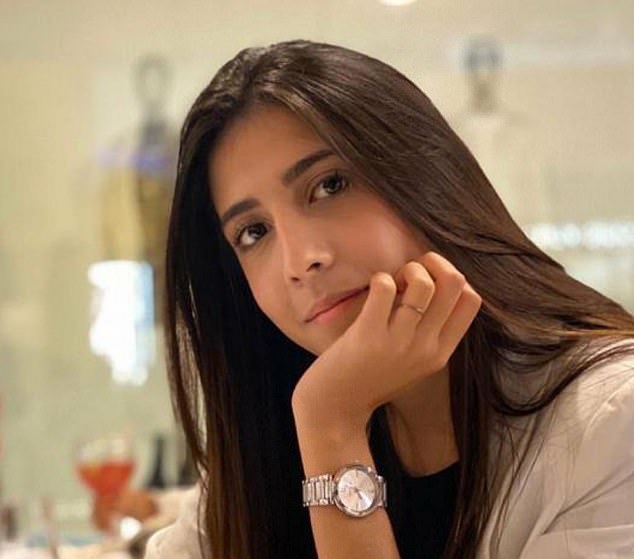 Dominican stewardess Veronica Estrella, 26, was one of the three crew members who died in the crash 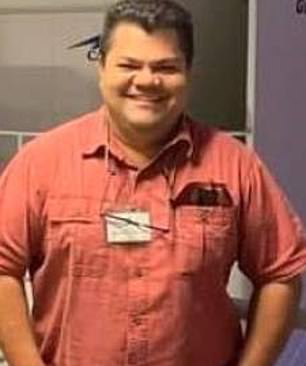 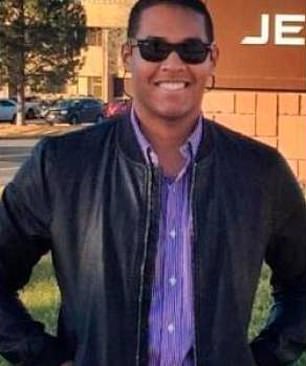 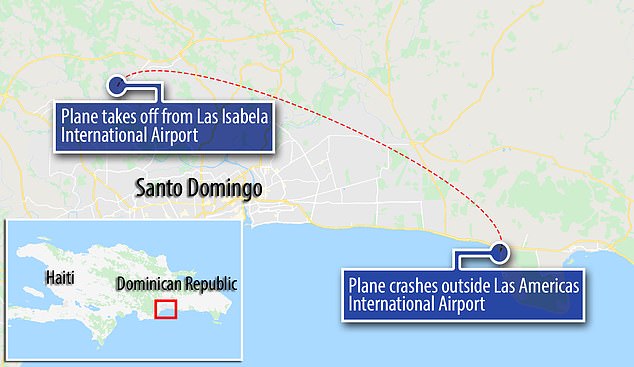 The plane took off on Wednesday afternoon and was bound for Orlando Florida, but it suddenly needed to make an emergency landing at the nearby Las Americas International Airport

Deputy Director of the Fire Department Kai Schenhals confirmed had confirmed that all passengers and crew members where dead and told reporters at the scene that the aircraft appeared to have taken off while damaged.

Helidosa Aviation Group, which is owned by 2020 presidential runner-up Gonzalo Castillo, defended its reputation in a press release Thursday, pointing out to its 29 years of service in the industry and the more than 55,000 flight hours that its fleet of jets and helicopters have accumulated.

The company also offered its fleet of jets to transport the families of the victims to the Dominican Republic.

Flow La Movie gained fame for his urban hit songs, including ‘Te Boté’ with Latin American sensations Bad Bunny and Ozuna in 2018. He has produced and invested in dozens of concerts for Latino rappers and singers in Florida and across Latin America. 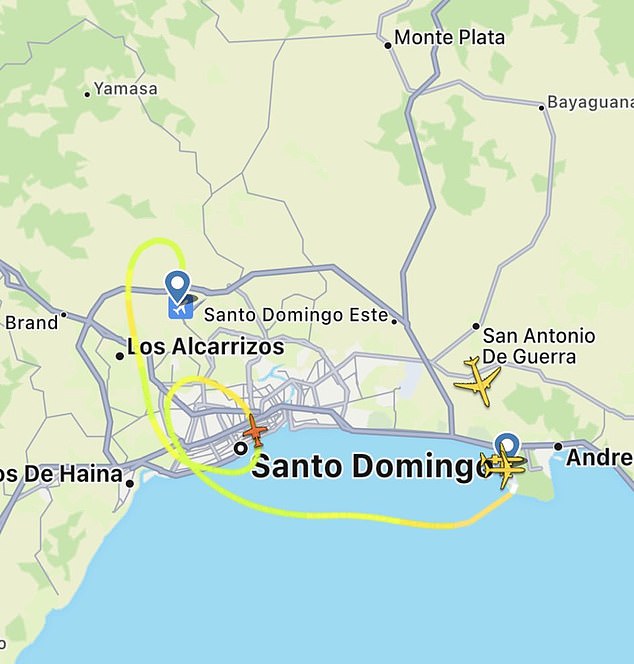 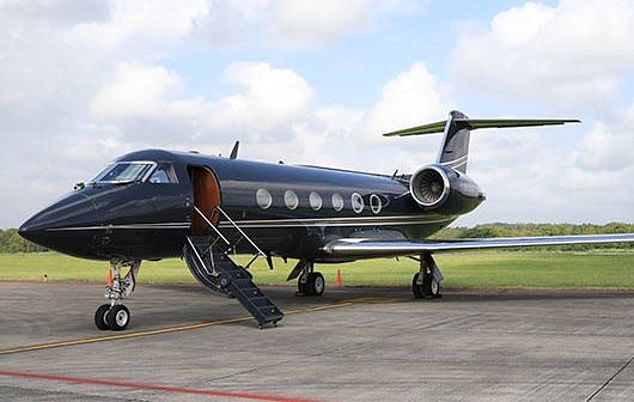 The Gulftream IV that crashed in the Dominican Republic on Wednesday, killing three crew members and an American family-of-six, including music producer Flow La Movie 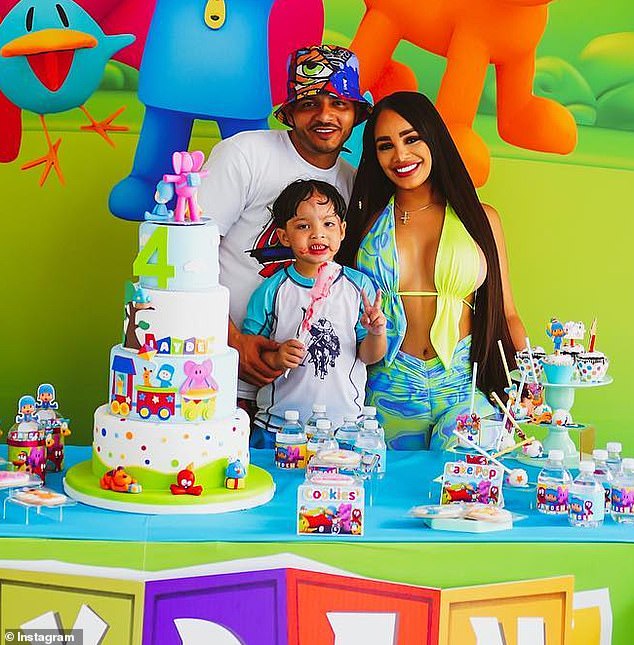 Many mourned the death of Hernandez and his family as the music producer became a staple in Latin America’s urban scene. José Ángel Hernández, aka Flow La Movie, Debbie Von Marie Jiménez García, 31,  and son Jayden Hernández, are pictured during Jayden’s fourth birthday 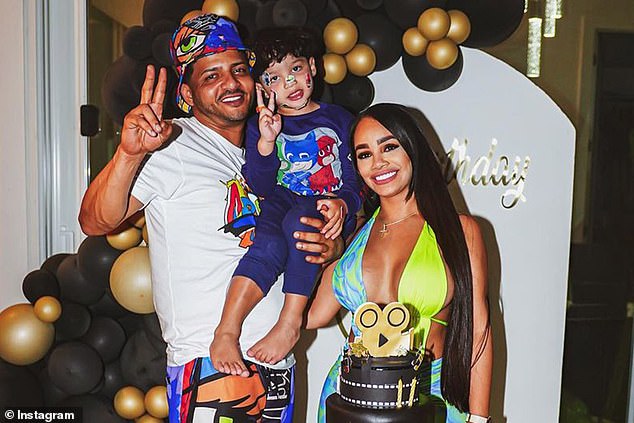 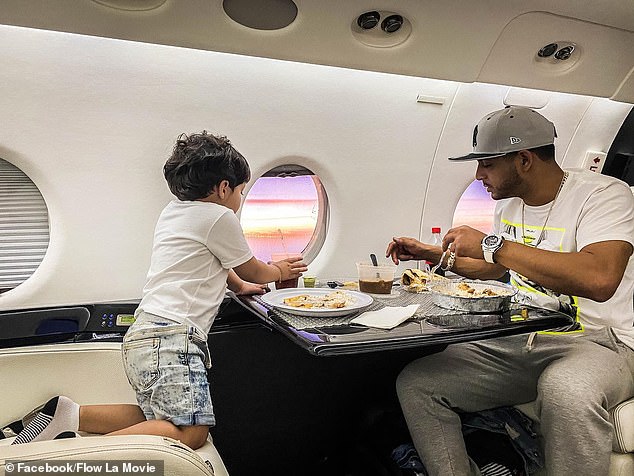 The popular music producer regularly shared snaps from his trips on private jets, pictured eating with his son Jayden who also died in the crash

His death comes as a blow to the Latin music industry as many mourned the producer’s death.

Although he spent 10 years in the industry, his career took off with ‘Te Boté,’ which topped Billboard’s Hot Latin Songs list for 14 weeks.

He also produced reggaetón singer Nio Gracia’s ‘AM’ and the viral hit ‘La Jeepeta’ and went on to launch his own indie record label, managing artists like Nio García, Casper Mágico and Xound. Casper Ma2gico, whose real name is Julio Alberto Cruz García, is his brother-in-law.

In 2021, he earned LatinPlug’s Manager of the Year award in its US category.