Cancer patients are suffering from PTSD following the trauma of treatment.

As soaring numbers of people in Britain are diagnosed with the disease, experts say emotional problems are on the rise.

Even after receiving the all-clear, people who have had cancer suffer fear, anger and disrupted sleep.

Cancer patients are suffering from PTSD following the trauma of treatment

This can lead to post-traumatic stress disorder (PTSD), similar to that suffered by soldiers and victims of natural disasters, according to a psychotherapist from the Priory mental health group.

She said: ‘The analogy I often use, which patients seem to identify with, is that they have felt like a storm-tossed ship during diagnosis and treatment, and then they land on a kind of island and think what now?

‘They feel like strangers to themselves. The road ahead is suddenly different. Frequently they say that doctors, with good intentions, tell them to “go off and live your life” but it can be harder to do than you might think. The shock of the diagnosis lingers, the fear of a recurrence, worrying about families, mortality – all can be extremely draining.’ 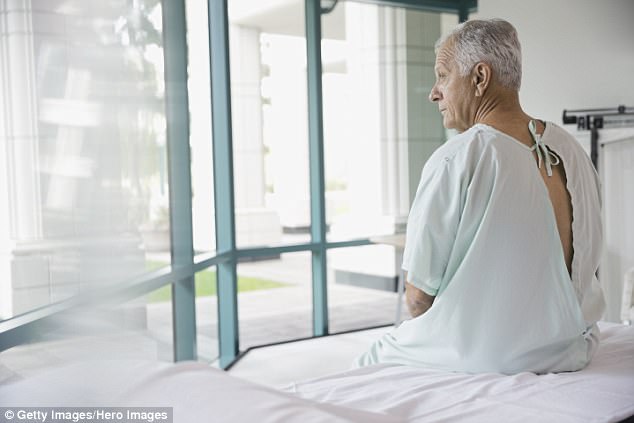 As soaring numbers of people in Britain are diagnosed with the disease, experts say emotional problems are on the rise

Research has suggested the mental fog often experienced by breast cancer patients after chemotherapy might be due more to post-traumatic stress than the powerful drugs.

That theory is supported by women experiencing problems with their brain function and memory even before chemotherapy starts.

Cancer charity Macmillan states: ‘People living with and beyond cancer are considered to be at risk for post-traumatic stress disorder due to the shock and trauma of being diagnosed with a life-threatening disease and receiving treatment that can be both physically and mentally gruelling.’

PTSD is more often associated with traumatic events such as war, natural disasters and serious accidents. But one study has suggested nearly one in four women newly diagnosed with breast cancer have the disorder, often triggered by diagnosis or painful tests and treatments.

It causes nightmares, flashbacks, numbness, self-destructive behaviour and feelings of guilt and hopelessness.

Mrs Cole said traumatised and depressed cancer patients are coming to her in increasing numbers, with worries about money or the cancer coming back, but that these people, whose work and personal lives can be in freefall, are being overlooked.

Speaking ahead of World Mental Health Day in October, she said: ‘Women who have had breast cancer in particular are unprepared for how they feel after chemotherapy and there is the medication and issues around body image, confidence and anxiety about the road ahead.’

Breast Cancer Care has found more than a quarter of patients find life after being discharged from hospital treatment harder than chemotherapy and radiotherapy.

Researchers at the universities of Oxford and Edinburgh found in 2014 that three-quarters of depressed cancer patients were not receiving treatment for depression.

Macmillan Cancer Support reported earlier this year in a survey of more than 1,000 people recently diagnosed with cancer that nearly two-thirds (64%) experienced mental health problems such as anxiety and depression during long delays waiting for their treatment to start.