Suspected drunk driver has his head jammed BETWEEN bars

A man in China has had his head stuck between bars when he was locked up in a police station for interrogation.

The man, claimed to be 40 years old, had been arrested on suspicion of drink driving. During the interrogation, he somehow got his neck trapped between two metal bars.

Footage showed him shedding tears in distress and struggling to speak when police officers tried to free him.

The man had no idea how did he get his head stuck in the bars through a narrow gap and he failed to free himself.

The man shouted at the policemen: ‘Why are you pushing me?’

He cried and mentioned that he ‘had never been in such a condition like this’ in his life. 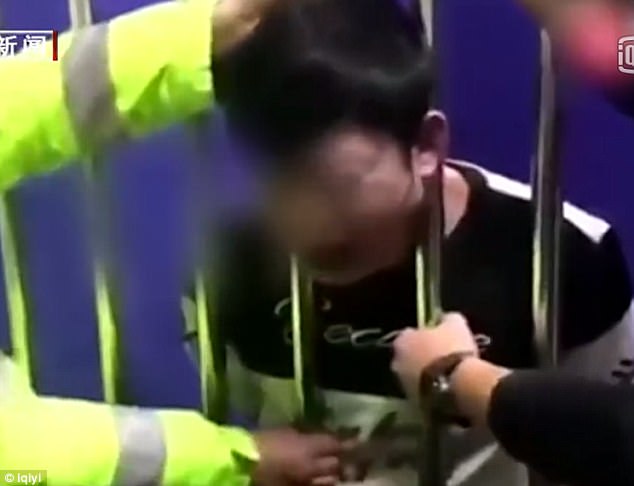 Three policemen can be seen trying to help the driver as he was struggling to get his head out from the bars.

As two officers pulling the bars to the side and one trying to push the man’s head back, he tilted his head back and finally freed himself.

A report on Youku stated that the man denied for the allegation of drink driving. It’s said he was sleeping in the car at the roadside and was caught by the police shortly. 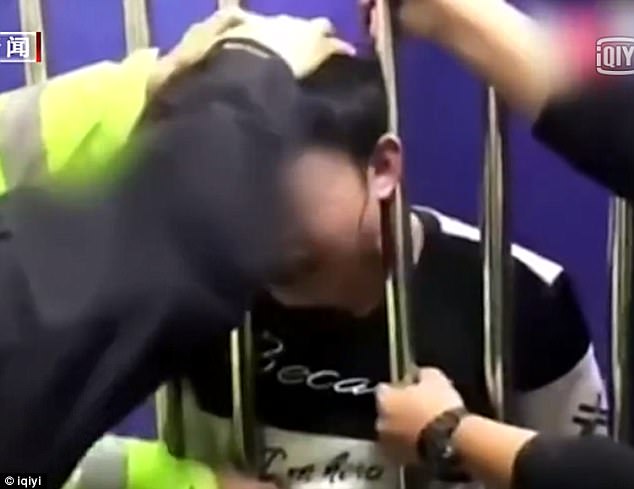 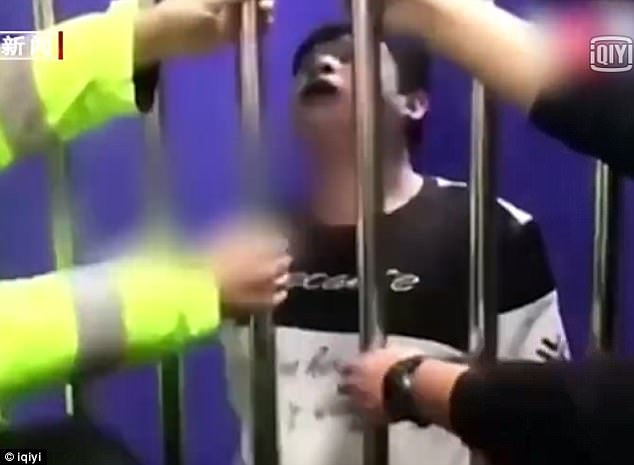 After several attempts, the man manages to free himself as the officers pull the bars to the side